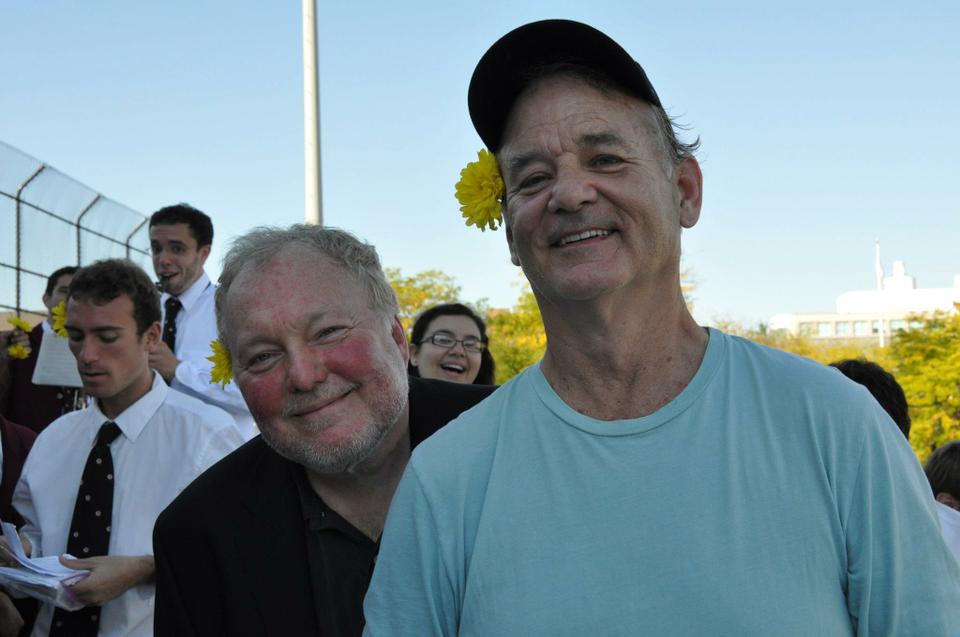 The Harvard football team's 41-31 victory over Cornell wasn't the only exciting part of Saturday's game. During the third quarter, actor and "Saturday Night Live" alum Bill Murray made a surprise appearance in the bleachers after the band finished playing theme song "Ghostbusters" from Murray's popular film of the same name.

"This guy in pink pants walked up and said, 'Hey, play that song again,'" said Harvard University Band Manager Rachel L. Hawkins '12. Hawkins said that the band had no idea Murray was at the game and that "Ghostbusters" is just part of their usual set list. "He kind of appeared out of nowhere. It was very serendipitous."

Once Murray returned to his seat to watch the last quarter of the game, the trombone section pointed itself in his direction and played the theme song for him one more time. At the end of the game, Murray reappeared and treated the band to a special performance. "We were playing our fight songs, and he came over and started mock-conducting us," Hawkins said.

According to band member Sebastian Gomez '14, Murray attended the game with James M. Downey '74, a "Saturday Night Live" writer and the uncle of Robert Downey Jr. Gomez, who spoke with Downey, said that Murray had flown to Syracuse from Charleston to see the game with his friend. Murray and Downey both posed for photos with the band after the game.