Thundersticks To Cause Mayhem At Yale 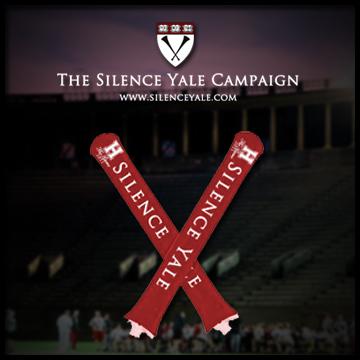 If you have heard the trumpeting, raucous call of a vuvuzelas on campus, you have likely heard the product of last year's Silence Yale campaign. Attendants of the Game this weekend might expect a similar earache to the one vuvuzelas bring; this year, the group is selling limited-edition Harvard-Yale thundersticks.

The campaign, organized by Eric M. Cervini '14 and Johnathon H. Davis '14, began as a way to combine the lingering enthusiasm for last summer's World Cup with the excitement of the Game, according to Davis.

Last fall, the group sold over 500 vuvuzelas, Cervini said. The noisemakers were banned on the day of the Game, however, and individuals were prohibited from bringing them into the stadium.

The pair does not anticipate a similar outcome for these particular noisemakers.

"Since the thundersticks are inflatable, it will be less of an issue with people bringing them into places," Davis said.

Thundersticks not connected with this campaign will be handed out for free at the upcoming Harvard-Yale pep rally. The thundersticks sold by the campaign, however, may end up as collector's items.

"Last year, the Harvard Archives contacted us, and they actually purchased a vuvuzelas and put it in a permanent collection," Cervini said.

Either way, the Game promises to be especially noisy.