Men's Basketball to Try Its Luck at UConn 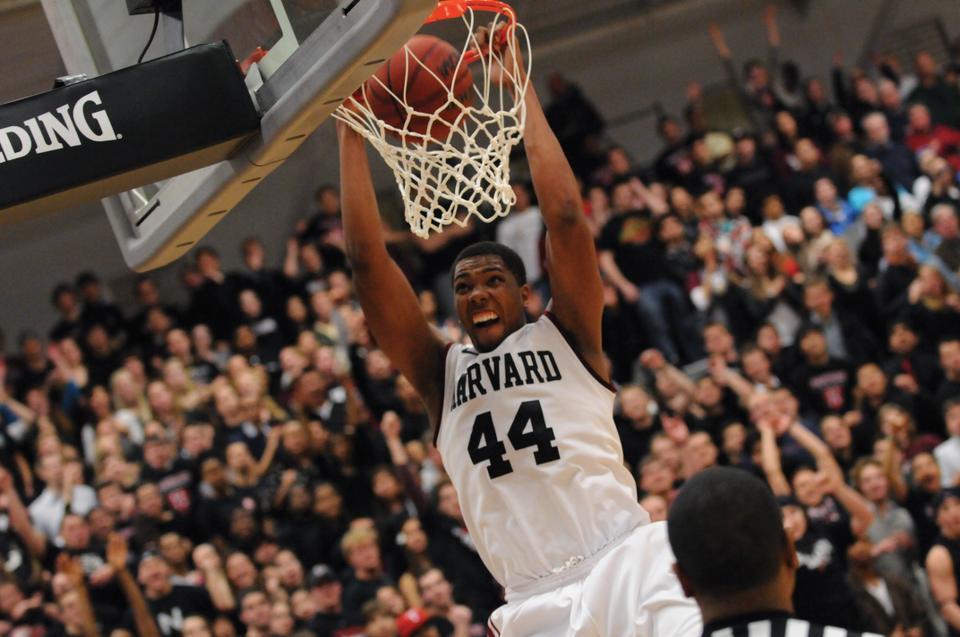 Co-captain Keith Wright, shown here in earlier action, led the Crimson to victory with 13 points and eight rebounds. Harvard has won seven straight, en route to the best start by an Ivy-League school since 1997.

Tonight, the Harvard men's basketball team will play in Storrs, Conn., home to the University of Connecticut and one of the best college basketball programs in the country. The Huskies are the defending national champions and are currently ranked ninth in the nation.

To get a taste of the action, dozens of Crimson faithfuls are expected to follow the team to Storrs.

"I'm fucking amped. I've secretly always wanted to go to a school with relevant sports teams," Josiah B. Bonsey '14 said of attending the matchup. "For Harvard to be relevant...and getting an opportunity to take on the former national champion that happens to be pretty close by? We might not get this kind of opportunity again. Hopefully we do, but we might as well take advantage of it."

Of course, for many students, making the 90-minute trek is not a possibility late in reading week. For those who are unable to cheer on the Crimson at Harry A. Gampel Pavilion, there will be several ways to follow along from campus. The game will be broadcast on ESPN2 and online at ESPN3.com. GoCrimson.com will provide a live audio feed as well as up-to-the-minute stats. You can also tune your dial to WHRB—Harvard's radio station—at 95.3 FM for their call of the game starting at 6:45 p.m. Their broadcast will be streamed simultaneously on their website, whrb.org.

Tags
Off CampusDepartment of Athletics