Easy Classes, Taking Time Off, and a Mechanized Sex Toy 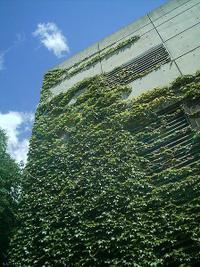 Athletes at Stanford had access to a list of "easy" classes, according to California Watch. The list, which has existed since at least 2001, included courses such as "Beginning Improvising" and "Social Dances of North America III" and was distributed exclusively to Stanford athletes.

"It's definitely not going to be a hard class if it's coming off that list," Karissa K. Cook, a women's volleyball player at Stanford, told California Watch.

Fox News' Jesse B. Watters interviewed students from Columbia about the "so-called Muslim problem" during a Watters' World segment on Fox News' "The O'Reilly Factor." During the segment, Watters asked students if there was "a Muslim problem in the world." Several students identified a "terrorist" problem, rather than a "Muslim" problem, which is perhaps what prompted Watters to call Columbia "a different type of school."

"I mean, these people were doing mental acrobats trying to delink Islam from terrorists," Watters said after the segment.

Students at Wesleyan released a video last Wednesday titled "I Have Sex" as part of a larger effort to dissuade lawmakers from cutting funding for Planned Parenthood. Su Park, one of the video's creators, said that the video is meant to show lawmakers that Americans do have sex. The video includes Wesleyan students holding up signs reading "I Have Sex" and asks viewers to "Save Planned Parenthood." The video has already been picked up by websites like Jezebel and Feministing and, Coffee Party USA reports, received 80,000 views within 24 hours of going live.

Emma Watson announced last Wednesday that she is taking time off from her studies at Brown to focus on her "professional and acting projects." Watson said that she needed to focus on the final Harry Potter movie, which is scheduled to premier this summer.

Approximately 100 Northwestern students watched as a woman was penetrated by a mechanized sex toy about three weeks ago as part of a popular human sexuality class offered by the university. Students said that they were warned repeatedly about the "explicit" nature of the demonstration, which "featured a naked non-student woman being repeatedly sexually stimulated to the point of orgasm by the sex toy, referred to as a 'fucksaw,'" the Daily Northwestern reported.

Students in the class said that they were not able to see much because the woman was towards the rear of the stage, but Nicholas Wilson, a student in the class, told WCVB Boston that some students tried to get a better view.

The class' teacher, psychology Professor John M. Baily, wrote in an e-mail to students that he allowed the demonstration to take place because he was unable "to come up with a legitimate reason why students should not be able to watch such a demonstration."

Tags
Around the Ivies Plus