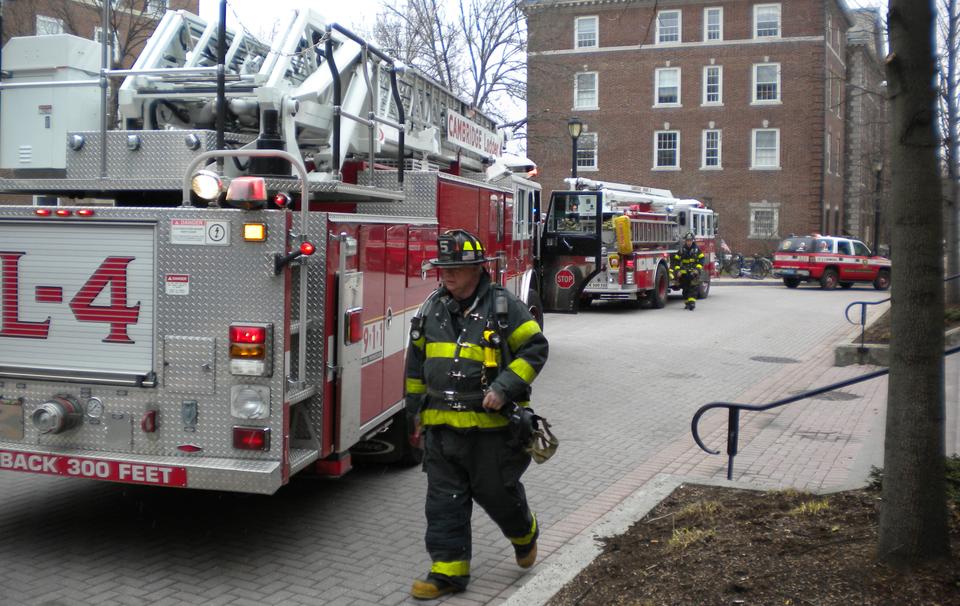 A steam leak in a mechanical room set off the alarm, according to Cambridge Fire Department Deputy Chief Francis E. Murphy III. The steam pipe, which is part of the heating system, will have to be repaired, Murphy said. The building was cleared for re-entry about 10 minutes later.