By Brian A. Feldman • 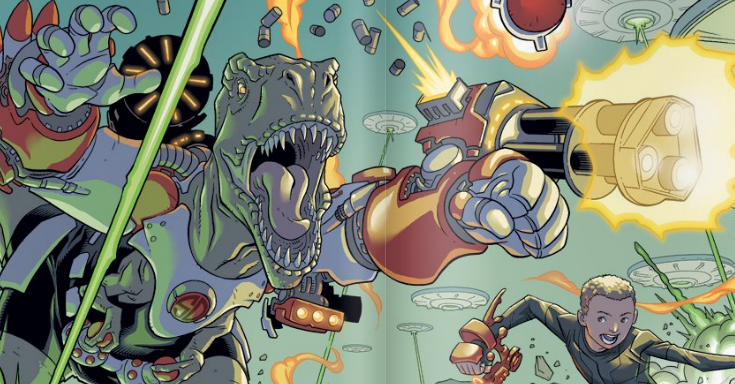 Every year, the first Saturday in May is designated Free Comic Book Day. At least two locations in Harvard Square are participating in the event: Newbury Comics in The Garage and New England Comics on Eliot Street.

Marvel has put out a few comics for the event. There is a new issue of "The Amazing Spider-Man" as well as an issue in which Captain America and Thor team up—a complete and utterly shocking surprise given that movies based on both characters are hitting theaters soon. And speaking of "Thor," which saw release on May 6, you can also grab a comic book which recaps the hero's entire canon up to now.

DC also has a few special issues to give away. One features adaptations of "Young Justice" and "Batman: The Brave and The Bold," shows that air on Cartoon Network. The other is an issue of "The Green Lantern," which recounts Hal Jordan's origin story, presumably in an effort to broaden the property's fanbase before the film adaptation hits theaters later this summer.

For horror fans, Dark Horse Comics is giving away a double issue of "Baltimore" and "Criminal Macabre." Similarly gritty is Top Cow's tie-in to the video game version of popular series "The Darkness."

Nostalgics can also find a few properties they might enjoy. Archie Comics has put out an issue of Pep Comics starring Betty and Veronica, as well as an adaptation of Sonic the Hedgehog. There is also an issue of "Summer Fun" by John Stanley, printed with a retro aesthetic. Keeping with the theme of aged properties, Disney has published a double issue starring Darkwing Duck, and Chip 'N' Dale. There are also free issues of "Inspector Gadget," "The Simpsons" (with a section drawn by Sergio Aragones, of all people), and a reprinting of vintage "Mickey Mouse."

In case all of these sound too average, there are a few oddball inclusions. A comic book version of "Kung Fu Panda" and a modern update of "Richie Rich"—the most relatable comic book character in the world—seem almost too absurd to comprehend. Other off-kilter releases include a comic book about Adam West (yes, the actor), a story based on Jim Henson's "Dark Crystal," and a very meta comic book that is literally about how to collect other comic books.

But there's always one standout on Free Comic Book Day, and this year's winner is "Super Dinosaur." Words can hardly do it justice, but the cover features a T-Rex with four arms, a shoulder-mounted missile launcher, and a Gatling gun.

Finally, while these comics may be free, stores do have to buy them from the publisher. So if you do drop in to pick up a few freebies, think about buying something as well.