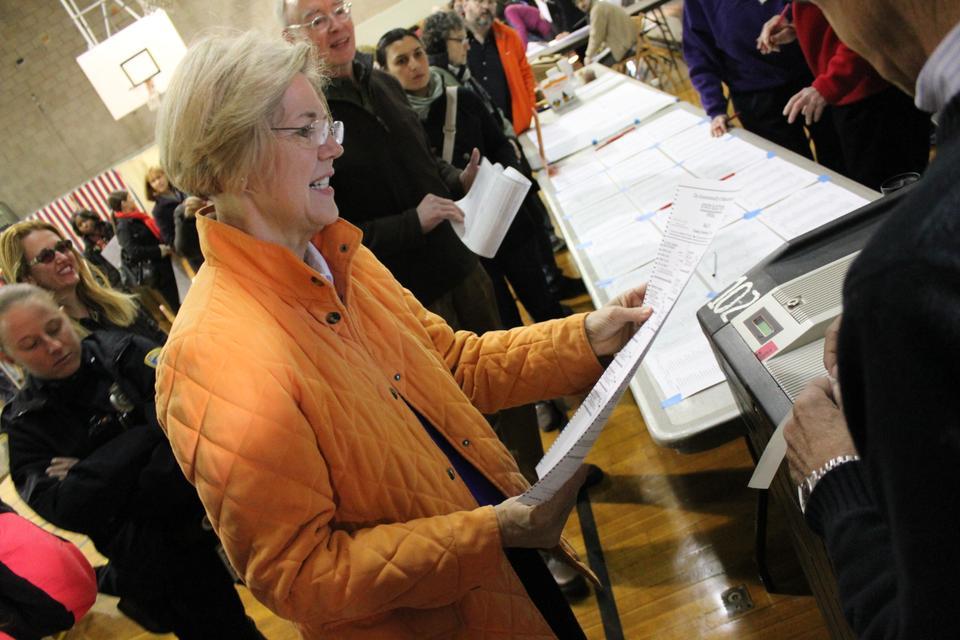 Elizabeth Warren looks over her ballot one last time before casting her vote at the Graham and Parks School polls on Tuesday morning in Cambridge, Mass.

She, along with seven other Democrats, three Republicans, and one independent, is part of the 12-member freshmen class joining the 113th Congress as it convenes for the first time Thursday. Democrats will maintain a majority in the Senate as the battle over federal debt continues in the coming months.

Warren defeated U.S. Senator Scott Brown last November in what was one of the most closely-watched Senate races in the country. She comes to Washington after a long career in academia, where she rose through the ranks to become a leading expert on consumer finance law and one of the most popular professors at the Law School.

The intellectual force behind the Consumer Financial Protection Bureau, Warren is not new to Washington. Though she arrives in the capitol with baggage heavier than many of her fellow freshmen in the Senate, Warren has already parleyed her high profile into a key appointment to the Senate Banking Committee.

She takes the seat of Brown, a Republican who served in Washington for two years after replacing longtime Senator Edward M. Kennedy '54-'56 in 2010. Brown is expected to announce his candidacy to fill the seat of fellow Massachusetts Senator John F. Kerry, who will leave the Senate if confirmed as Secretary of State.

Democratic Congressman Edward J. Markey, who represents the majority of Harvard's Cambridge-based campus, has already announced his own bid for the seat. If Kerry is confirmed, the state could see a special election as soon as June.