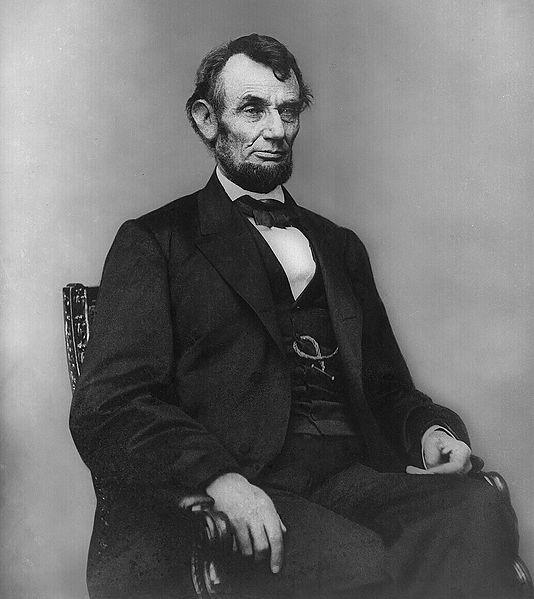 Today marks Abraham Lincoln's 204th birthday, and to celebrate, Flyby brings you some interesting tidbits about our favorite Badass in Chief.

Even if he was president during the Civil War, Lincoln was one of our most revolutionary presidents. Case in point: the tall, dark, and dapper leader rocked the rugged look and was the first president to sport a beard.

Our man Abe also had a lot of game. He allegedly approached his future wife, Mary Todd, at a party and said, "I want to dance with you in the worst possible way." He won her heart over fellow suitor and presidential competitor, Stephen A. Douglas.

Not only did Lincoln steal Douglas's date and own him during the debates, he also towered over his rival. At 6'4", Lincoln was our nation's tallest president and had Douglas beat by a foot.

Lincoln had quite the accent, pronouncing "get" as "git" and "there" as "thar." Guess his country roots never quite left him.

Although our 16th president didn't actually slay any vampires, he definitely could have. In addition to his axe-wielding prowess, Lincoln was a champion wrestler and once defeated an opponent with a single toss.