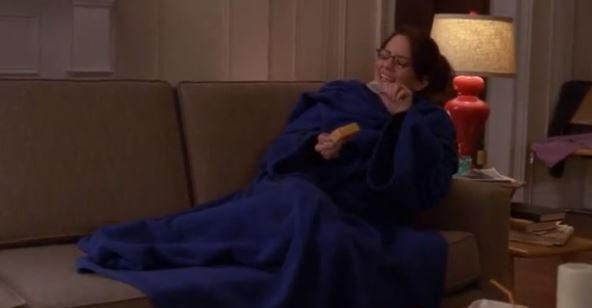 In this special edition of "Listen Up!"—Flyby's weekly advice column, written by two jobless, washed-up seniors from their futon in Winthrop—we bring you one expert's perspective on SWUGs, straight from the trenches.

Recently, Raisa Bruner, a girl I really should be friends with, wrote an article in the Yale Daily News's Weekend Magazine about SWUGs, or Senior Washed Up Girls. The piece was picked up by New York Magazine (jealous). And then Gawker picked up the story by New York Magazine (super jealous). The Atlantic Wire, Jezebel, and others have also gotten in on the SWUG action.

SWUG is a term commonly used at Yale, but definitions both within Yale and in the media have varied widely. Some describe a SWUG as the girl who is on a first name basis with a few too many bartenders and frat members. Others say a SWUG is a girl who stays in with a bottle of wine on weekends to watch her idol Liz Lemon on "30 Rock" reruns.

As far as I can tell, the common theme is a general attitude of just not caring. SWUGs are women who have collectively sighed and thrown up their hands at college social life. They've given up on deciphering cryptic texts and defining the difference between "exclusively hooking up" and "dating." Whether it translates into going out every night or not going out at all, SWUGs are no longer concerned with maintaining reputations or meeting social expectations. They are done-it-all, don't-give-a-damn transformations of their bright-eyed, image-conscious freshmen selves.

There has been a lot of talk about whether the "SWUG trend" is just a glorified bout of senioritis or if it is a sign of a disintegrating feminist movement. Apparently Yalies got so worked up over the acronym's meaning that they held a panel on the topic titled "SWUGLIFE: A Colloquium." So is SWUG feminist, anti-feminist, pseudo-intellectual, self-degrading, or self-aggrandizing?

I have no idea. I am too busy being a SWUG to examine its social impact.

I started using the word SWUG back in October, when I discovered the term through a Yalie friend. It was useful, mostly as an explanation for my otherwise idiotic behavior. Drinks on a Tuesday night? Finding a wine opener in the bottom of my book bag? #swuglife. But also: spending Saturday night in J.P. Licks? Watching House of Cards in a weekend marathon session? #swugsohard.

I'm not sure what the SWUG thing means for Young Women or for the State of Feminism. It does seem like women at Harvard moved into the Yard looking for something out of their college experience that they never found, and that now, as we live out the last days of our undergraduate existence, we have given up on looking for it, opting instead to flaunt our DGAF attitude as we approach graduation. But mostly, I find the acronym an easy way to explain all the reasons why the highlight of last weekend wasn't going to a big, fun, listed party; it was discovering, after leaving the party sans male companion and changing out of my party dress and into an oversized bro tank, that M&Ms and rice cakes are the best combination of seemingly random snack food ever.