Froyo Throwdown: A Case for Pinkberry 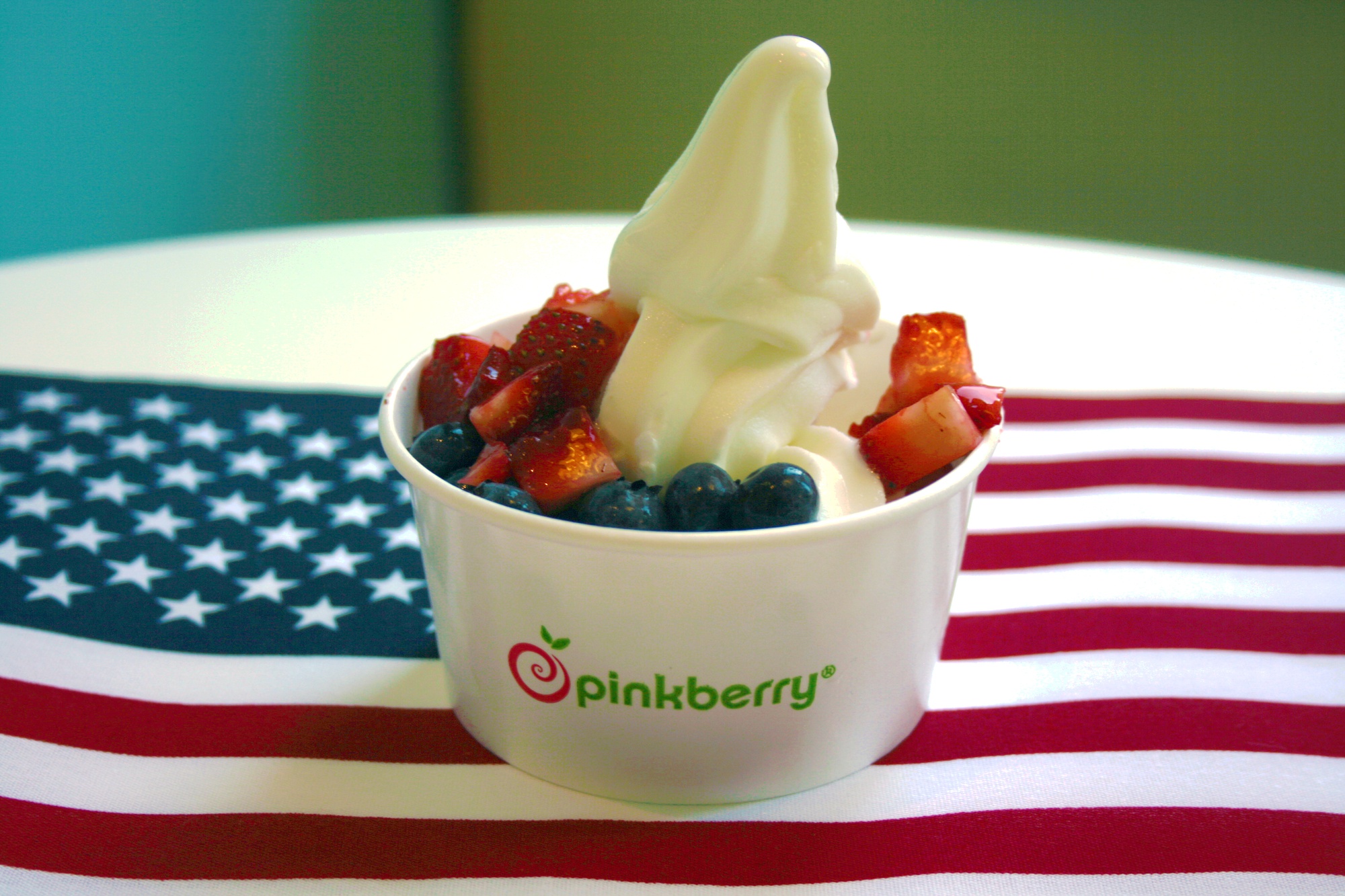 As Cambridge weathers another heat wave, the question on everyone's minds is this: where in Harvard Square can I find cool, delicious relief? Look no further than the Square's increasingly crowded frozen yogurt landscape. Over the next few days, members of The Crimson's summer staff will make a case for the best froyo in the Square. First up: Pinkberry.

It's been two weeks since the Fourth of July. The grills have cooled, the pitchers have been emptied, and the Pops' last note has long since died away.

But our freedom is still very much alive. And it spans far longer than a single day, even one brimming with such revelry and merriment. I'm here to remind us of that freedom, and of a liberty that all Americans should be proud to pursue:

I'm here to talk to you about Pinkberry.

Let’s first dissect the name: Pink-berry. The colors of this great nation are red, white, and blue—it is no coincidence, I assure you, that red and white combine to give pink, and that blue is the name of a prominent berry. Moreover, data from the Food and Agriculture Organization of the United Nations tells us that the U.S. has far surpassed all other listed nations in blueberry, strawberry, and cranberry production in recent years, and we're consistently in the world's top four producers of raspberries. Pinkberry shouts American dominance to the world with every bite.

Its name, however, is only the start. You're here to hear how it tastes, after all. In short, Pinkberry tastes like freedom, too. While Yogurtland froyo often melts before it even hits your cup, Pinkberry’s consistency stands resolute in the face of fork or spoon. And while judging from its frozen yogurt offerings CVS might as well stand for Concrete Vulgar Solids, Pinkberry never fails to melt in the mouth. Moreover, although J.P. Licks and Lizzy's make froyo in addition to ice cream, their negligible fresh fruit toppings (J.P. Licks uses frozen fruit and Lizzy's only serves fresh strawberries) can rightly be deemed traitorous. Pinkberry, in contrast, provides the perfect blend of choice and practicality, with a wide variety of combinations to satisfy even the most crotchety consumer—but not wide enough, as with Yogurtland, to overwhelm. Spanning the perfect balance of taste, texture, and elegance, Pinkberry takes its place with America on the global (froyo) stage.

The real argument here, however—the reason you’re currently clinging to your seats—is the age-old battle between Berryline and Pinkberry. And, like the Revolutionary War, it has an obvious conclusion. Berryline is the Britain of yogurts: though attempting to be quaint and wholesome, it merits our pity rather than our affection. Berryline’s tasteless décor falls flat in the face of Pinkberry’s colorful modernism. And Berryline’s tasteless toppings don't fare much better, as Pinkberry continues to innovate and surprise each day (try its pomegranate juice and popping boba together for a real treat!). The deciding victory, though, lies in the easy method with which Pinkberry allows its customers to get more Pinkberry: a plastic rewards card that can also be loaded on a mobile app. My sincerest apologies to those who have lost their stone-age paper stamp cards from Berryline.

My country, 'tis of thee. Sweet land of Pinkberry. Of thee, I sing.