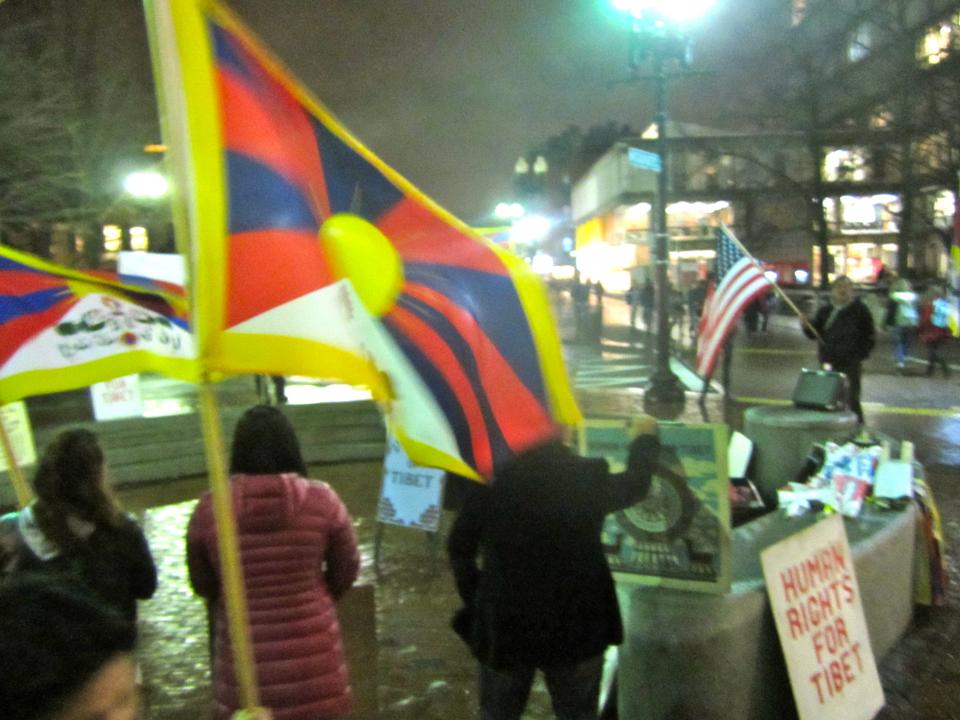 The most notable display of first Amendment rights around campus right now is the Divest Harvard movement, particularly the “Fast for Divestment” campaign that ran from October 20 to October 24. Flash back 17 years, another protest fast took place on campus, this time during 1997’s Freshman Parents’ Weekend. The “Free Tibet” movement protested a speech in Sanders Theater by Chinese President Jiang Zemin. “We are hoping to give Jiang a strong message that people all over the world need freedom and that freedom is a basic human right,” one of the organizers said.

While freshman parents were getting lost around the science center or discovering their kid’s secret stash of empty bottles, they also navigated their way through clusters of protesters chanting “Free Tibet” through the Yard. Some even joined in. The Tibet protest was far-reaching, with monks and Boston community members joining in. The issues may have changed, but a tradition of student activism lives on.