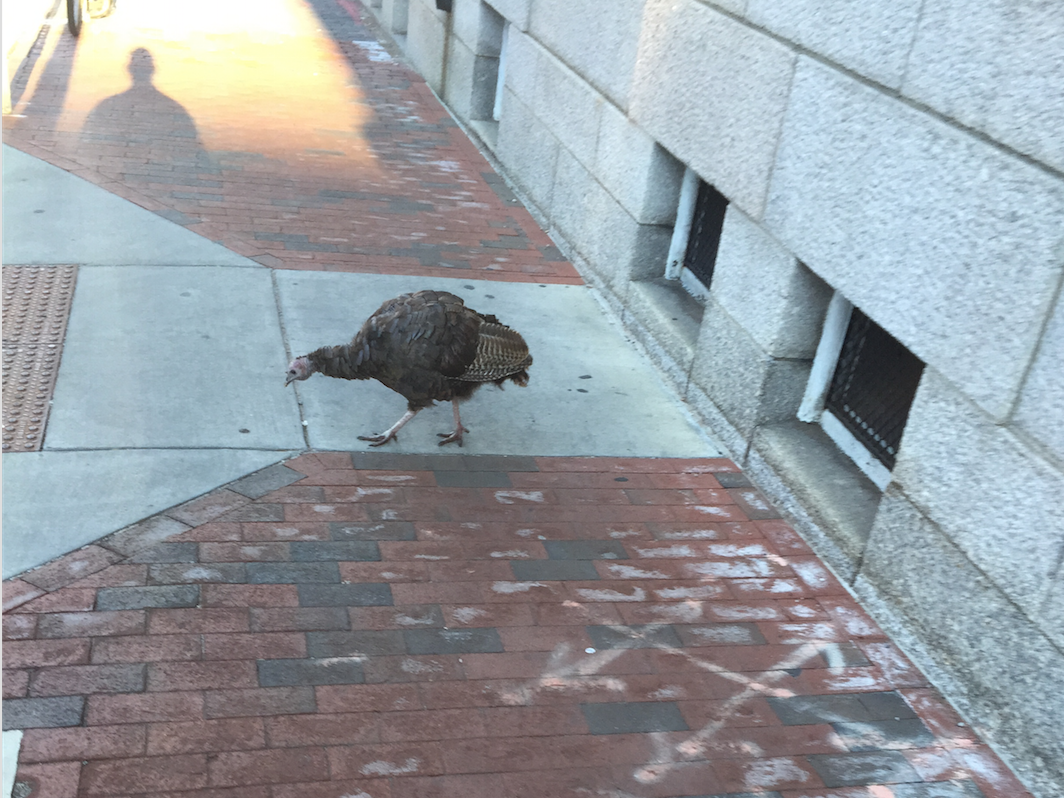 For those worrying that Canadian Thanksgiving had finally meant doom for Harvard’s most beloved celebrity, you can breathe a sigh of relief. The turkey is still waddling around Cambridge with the same self-absorbed independence that has made students fall in love. But now its infamy has spread from the exclusive email lists of Dunster House to Facebook.

The page is christened, simply, “The Harvard Turkey.” Frankly, it’s surprising that some witty Harvard student hasn’t given it a more pretentious name yet. Or that it hasn’t been made as the new mascot of Harvard’s sports teams instead of that weird pilgrim guy.

Users have posted updates about the Turkey’s whereabouts. One student caught the turkey embroiled in an epic standoff with an incensed Cambridge driver this past week on Mass Ave. And when it’s not stopping drivers, the turkey is trying to break into the cars lining Harvard Street, according to another. Indeed, this turkey seems to have a penchant for crime.

With such an interest in automobiles, one has to wonder how long #turkeywatch will continue? It’s only a matter of time before the turkey messes with the wrong Bostonian driver, or even worse, has a “transformative experience” with Dean Khurana’s new Vespa. Thanksgiving might come early again in the dining halls with roasted turkey breast with unusual tire marks.

For those who were wondering which gender pronoun to identify the turkey with, you’ll be interested to find out that we have it on good, Facebook-proven authority that the turkey is a female. Max Schaffer ‘17, long-time admirer of the turkey, set the record straight this Friday evening. “But also its a female turkey just so ya kno,” he posted on the Facebook page’s wall.