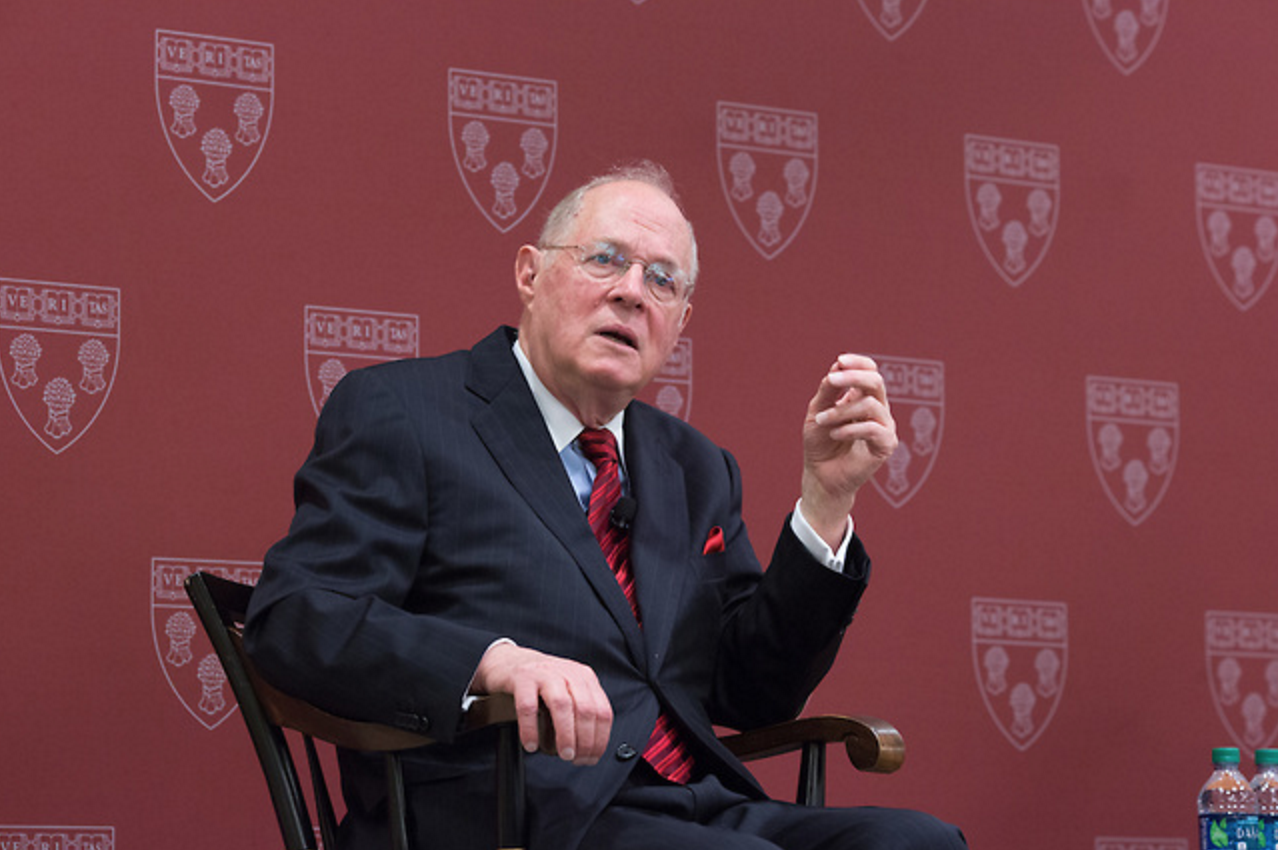 Justice Anthony Kennedy spoke at Harvard Law School this past Thursday. By Courtesy of Martha Stewart

When United States Supreme Court Justice Anthony Kennedy came to speak at Harvard Law School on Thursday, he discussed topics you might expect from a sitting member of the highest legal authority in the country— the meaning and future of freedom, dignity, and democratic society.

In between references to Kafka and brief spurts of German, Kennedy also made one other, arguably more important point: "Legally Blonde" is a good movie. Famous for its Harvard setting and pinkness, the movie traces the rise of Elle Woods from clueless sorority president to award-winning law student. That story arch seemed to have some appeal for Kennedy.