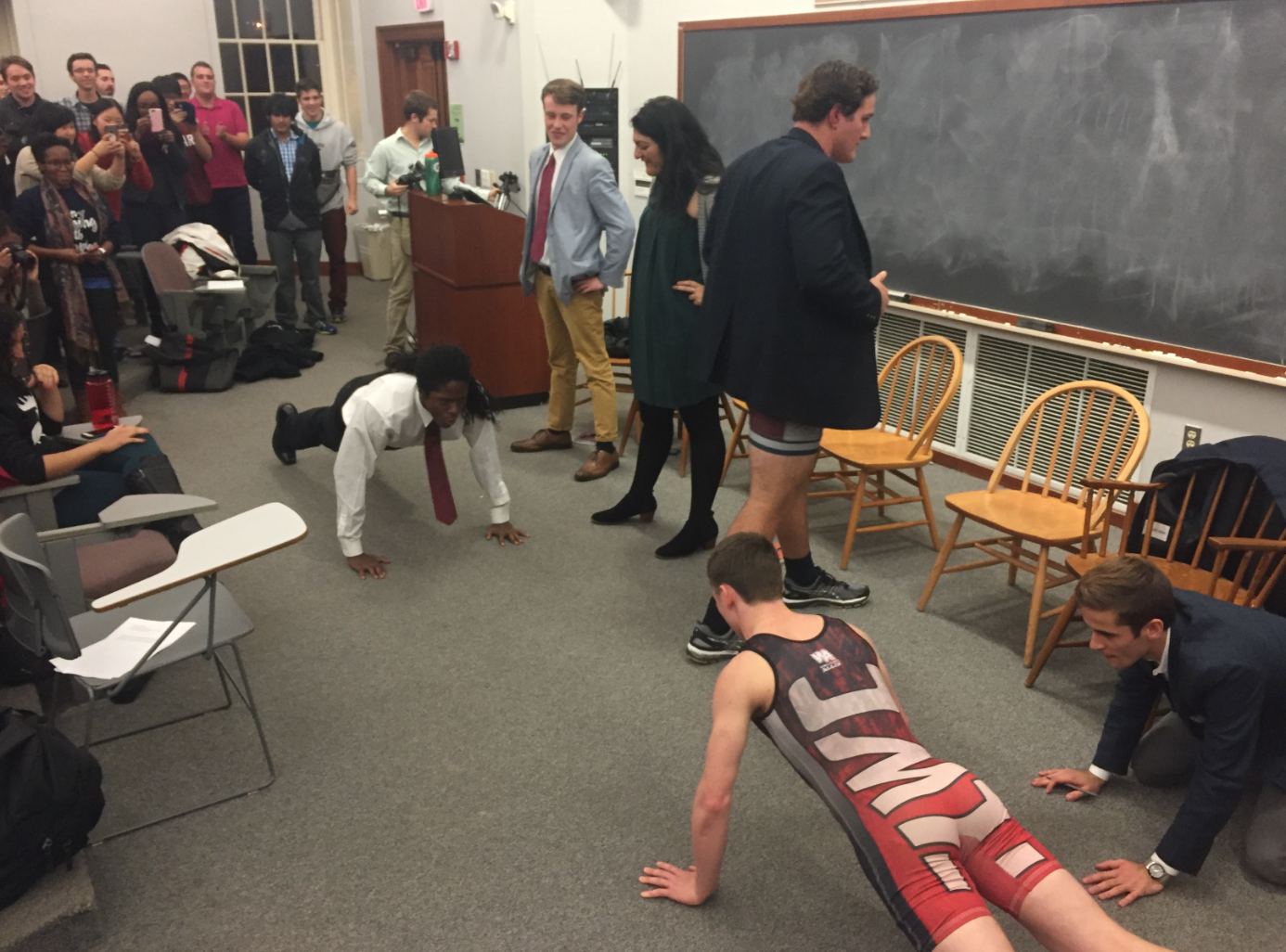 A casual push-up contest during the UC debate. By Mariel A. Klein

During the portion of the debate when candidates could ask questions of their opponents, Gajdzik and Ott made unexpected jabs at their competitors.

First, the pair challenged Shaiba Rather ’17 and Daniel V. Banks ’17 to a game of sudden death “water pong,” a variant of beer pong where the red solo cups are filled with water. To cheers from the audience, the teams threw ping pong balls across the stage until Crimson moderators deemed the time for shenanigans up. The debate resumed.

But Gajdzik and Ott were not ready to time out for the evening. When they got the chance to ask a question of their other competitors—William A. Greenlaw ’17 and William F. Morris IV ’17—they pulled another quick one. Ott challenged Greenlaw, who Ott said is known for frequently hitting the gym, to a push-up contest.

As Ott and Greenlaw took their positions on the carpeted Harvard Hall floor, the crowd rose to watch the unexpected showdown.

After one minute of vigorous tricep pumping, Ott was victorious with 80 push-ups, crushing Greenlaw’s 49.

Gajdzik and Ott will know if their diversion tactics during the debate were successful when the winners of the UC election are announced on Nov. 19.