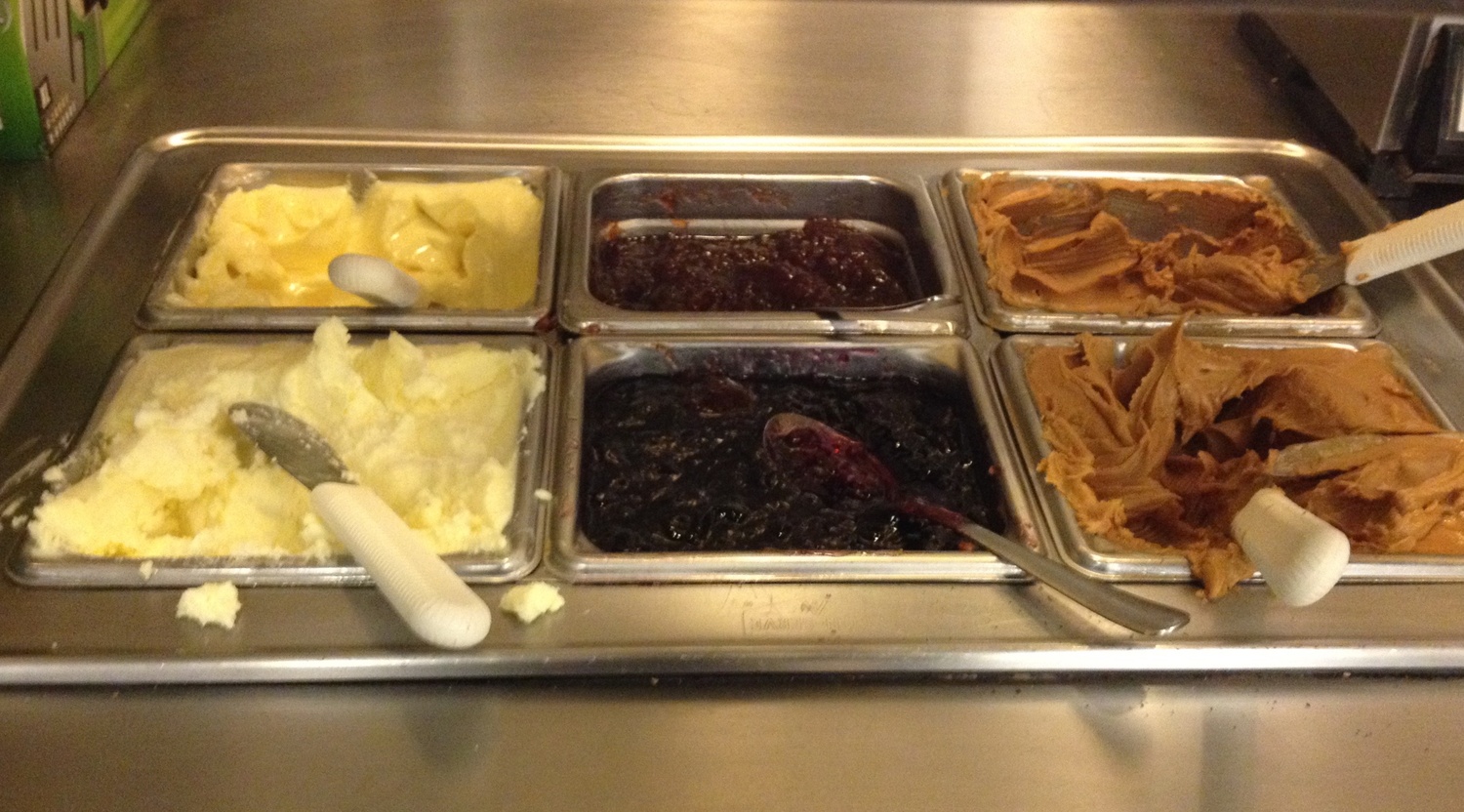 Following a tip from a student on the disappearance of honey butter in upperclassmen dining halls, Flyby felt like it had a moral obligation to investigate further; but first, I had to figure out what “honey butter” is.

“Isn’t it just putting honey on butter?” I asked my freshmen friends.

Unfortunately, I had no luck with my inquiries: none of them had the answer. However, Aracely E. Aguirre ’17 described it as “honey mixed with butter…[that] just melts in your mouth.” My exhaustive research seems to confirm this, with a reviewer on Allrecipes.com describing it as “softened butter…creamed with honey.”

Honey butter used to be a part of the Sunday bread bars in upperclassmen dining halls, according to Crista Martin, director for strategic initiatives at Harvard University Dining Services, where it was offered as a spread along with the likes of sourdough, multigrain, and garlic bread. However, Martin said that honey butter was removed this fall.

Aguirre wondered why it had been removed from the dining hall, since it had been a popular spread for her and several of her friends.

“I’m all for having several options [of spreads] in the dining halls… not just eating the same stuff,” she said.

Why was this change made?

“I think it was simply one of the many changes we make each year as we try different things,” said Martin in an emailed statement.

Rest in peace, honey butter– you fell in the face of new culinary HUDS innovations.