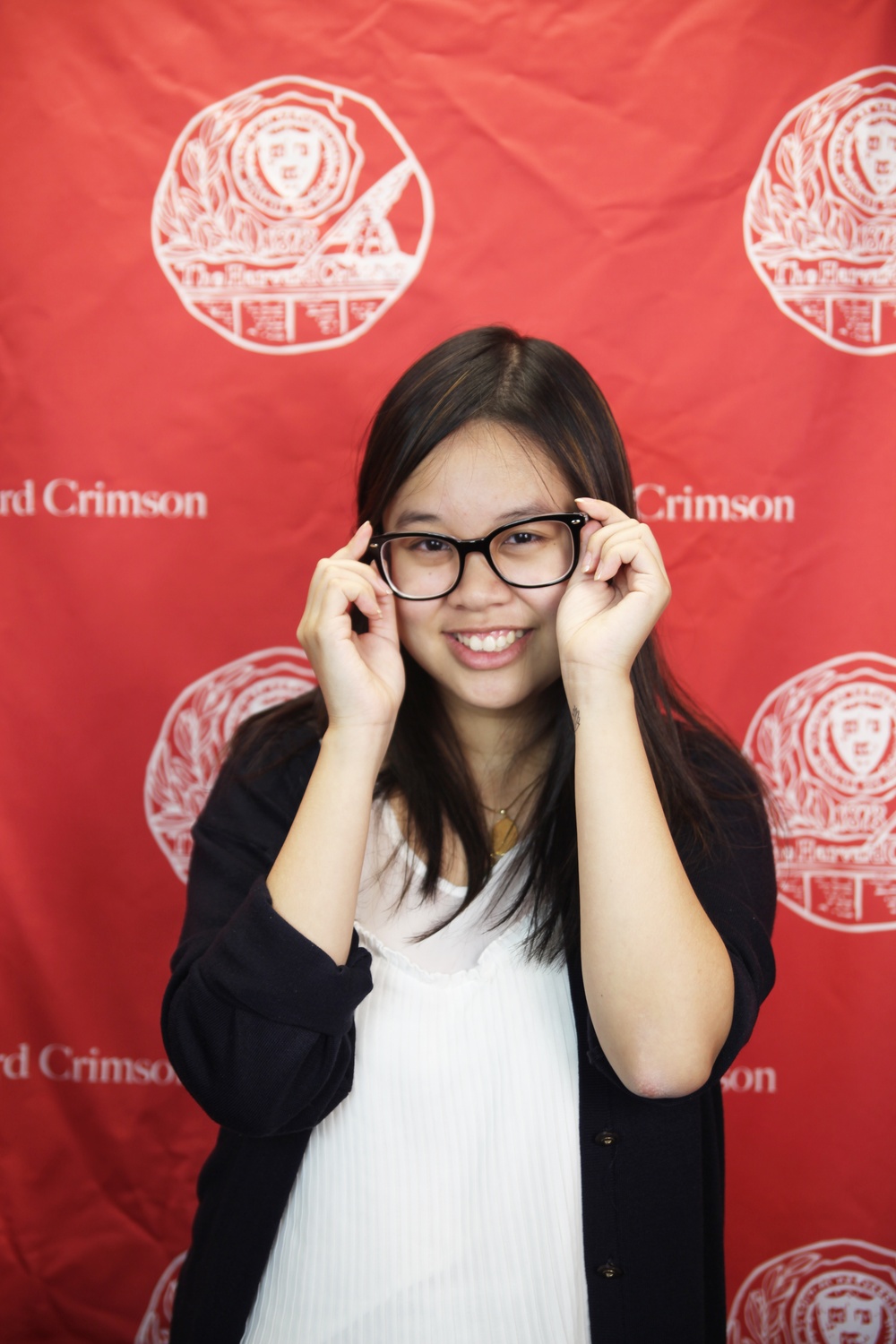 This Roving Reporter gets down and dirty (and nerdy) with an investigation into the inner workings of the life of incoming Arts Chair Victoria Lin. By Katherine L Borrazzo

On Jun. 30, 1995, Victoria Lin ’17 was born. While that date is irrelevant for this piece, it serves as a poor lede into an article about Lin, an active Crimson Arts editor. This Roving Reporter imagines what the Arts board might say during Monday production night at 14 Plympton Street about the incoming Chair and whether she measures up to the film “Love.”

RR: So if you don’t like PBR, why are PBR cans currently littered on the floor?

Huckins is unable to respond as “Guns and Ships” from the “Hamilton” soundtrack comes on and she starts rapping.

AN: Definitely pugs. Pugs are majestic.

RR: Are you ever going to choose Victoria?

AN: Not when you stack her against pugs or Dean Dingman.

RR: Why are you wearing a mask of a gingerbread man?

JR: I found it in the Arts office.

RR: If you could save only one of these things, which would you save: Victoria or that mask?

JR: I’d like to say this off the record, but [REDACTED]

RR: Could you describe Victoria in two words?

VZ: She loves to eat them. She once finished a party-sized bag with her co-exec.

Zhuang is unable to respond as she slips on one of the PBR cans littering the floor.

RR: How do you know Victoria?

RR: How many stars would you give her?

TL: Her fashion aesthetic possesses an eye-catching quality, but beyond the visual brilliance, she lacks the raw power of an auteur necessary for true works of art. For instance, she could have been more experimental with the plot that is her life, or she might completely abandon the idea of a consistent narrative.

RR: Have you ever given anything more than three stars?

TL: Yes, I gave four stars to Gaspar Noé’s “Love.” It was a beautifully crafted work of visual art.

RR: Really? I haven’t watched it.

TL: Noé provides stunningly intense graphics for not only the sex scenes that comprise over an hour of the film but also everything else.

TL: I have certain standards. I am an Arts writer.

—Ha D.H. Le is the outgoing Campus Arts exec and incoming Arts Chair. She would like to give her co-something Victoria Lin five stars and this vanity one star (mostly for effort).