We Now Have New Emojis 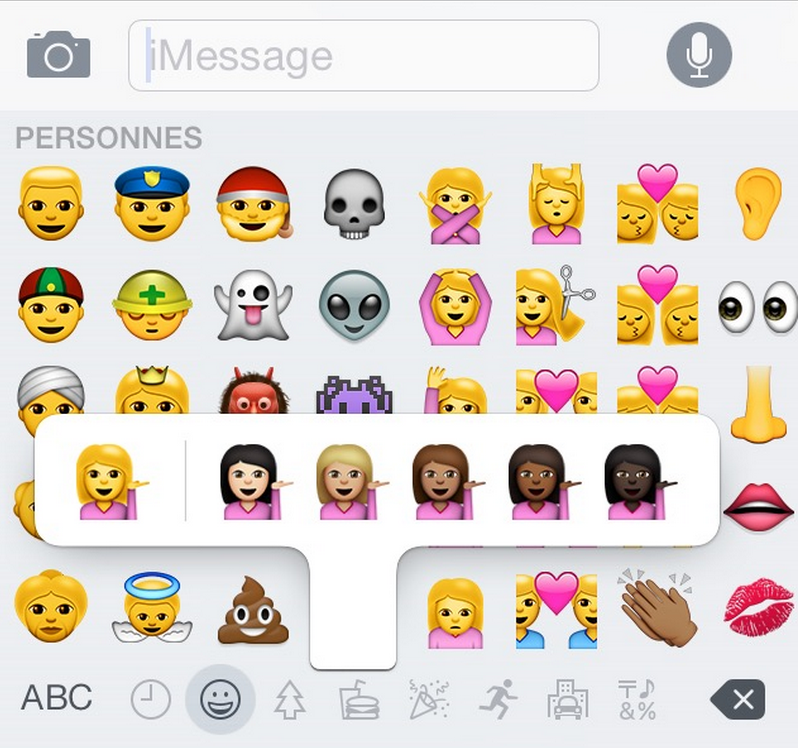 Your parent or grandparent who has just discovered emojis now has a whole lot more to send you. In the event that you haven’t updated your phone yet, or you weren’t bombarded with texts or Instagram, Facebook, or Twitter posts: new emojis are here!

Looks like Apple has finally watched SNL’s emoji skit and decided to include some politically correct icons (read: ones for different races and same-sex couples and families).

To get to these emojis, hold down on one of the faces or active person (i.e. running, skiing, surfing, etc.), and a range of racially diverse options will pop up. Note that not all of the human emojis have racial options, like the dancing twins and the family emojis.

The interface is a lot more streamlined, including all the emojis in one long scroll. This will presumably make it easier for users to find emojis.

If you’ve gotten over the racially diverse emojis and check out the rest of the scroll, you will notice Apple also does a little shameless plug for its Apple Watch, which, along with two different iPhones, users can find towards the end of the scroll.

Users also can now choose from 42 flags, because obviously users in other countries would be unhappy that they couldn’t show national pride via emojis. So now users can rep #murica and #hongkong at the same time.

Still waiting on ethnic or interracial couples, but this is definitely a good start. Spread the word and update to iOS 8.3 to get the new emoji experience!