That Time HUDS Fed Me Lobster 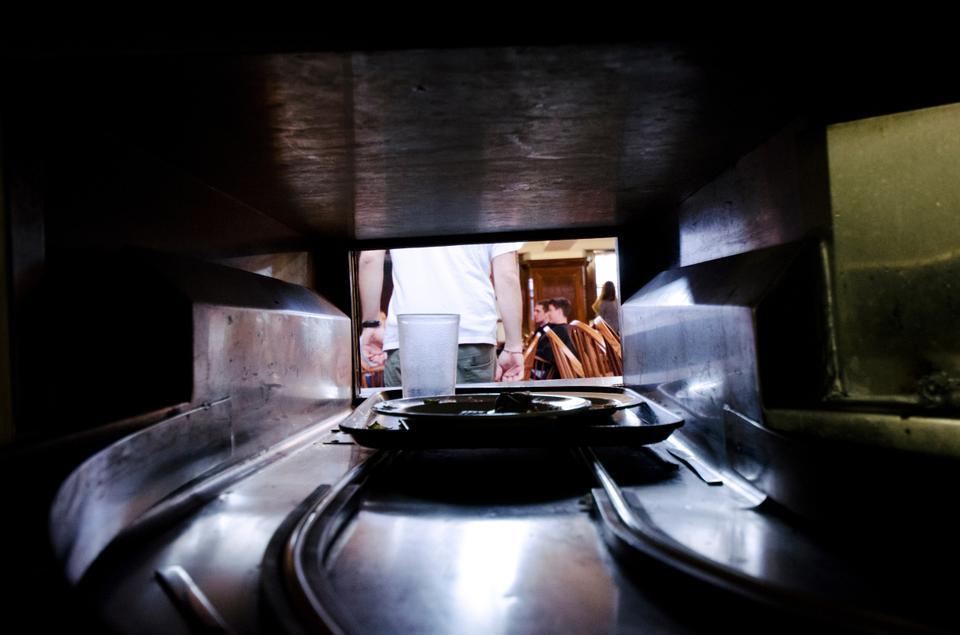 As I sit in the Adams dining hall, I weep uncontrollably. No, not because the bananas are greener than the grass in the Yard is, nor is it because the toasters don’t actually toast my bagels. No, all these things pale in comparison to my true, inner moral quandary.

HUDS served me real lobster last week, all on Harvard’s dime. HUDS will never be the same to me.

We were treated to real lobsters (the type that you have to violently dismember yourself at the table) with fancy butter sauce. There were also clams on clams, some sort of potato salad, and then a green salad that I didn’t even look at for more than half a second. I can have salad any day of the week, but not lobster.

As I’m about to use my crab cracker to break the lobster into comestible pieces (I have no clue how to eat a lobster), I stop to ponder the moral consequences of manhandling this majestic and effortlessly beautiful sea creature. Jerry (I grew emotionally attached and named him) was so young. He had such a great career set up. But I’ve never had the pleasure of eating lobster, so it’s now or never.

Nacho’s verdict on the dining experience? Quite yummy. Much better than regular dhall food.

Armed with my new lobster experience, I decided to embark on a quest into the Internets to learn more about HUDS, all in the name of investigative journalism.

It turns out that there is a part of HUDS called Crimson Catering that provides Harvard events with a range of options such as buffets, special dinners, hors d’oeuvres, and even tea time snacks. One of the sample menus even boasts Veuve Clicquot- fancy.