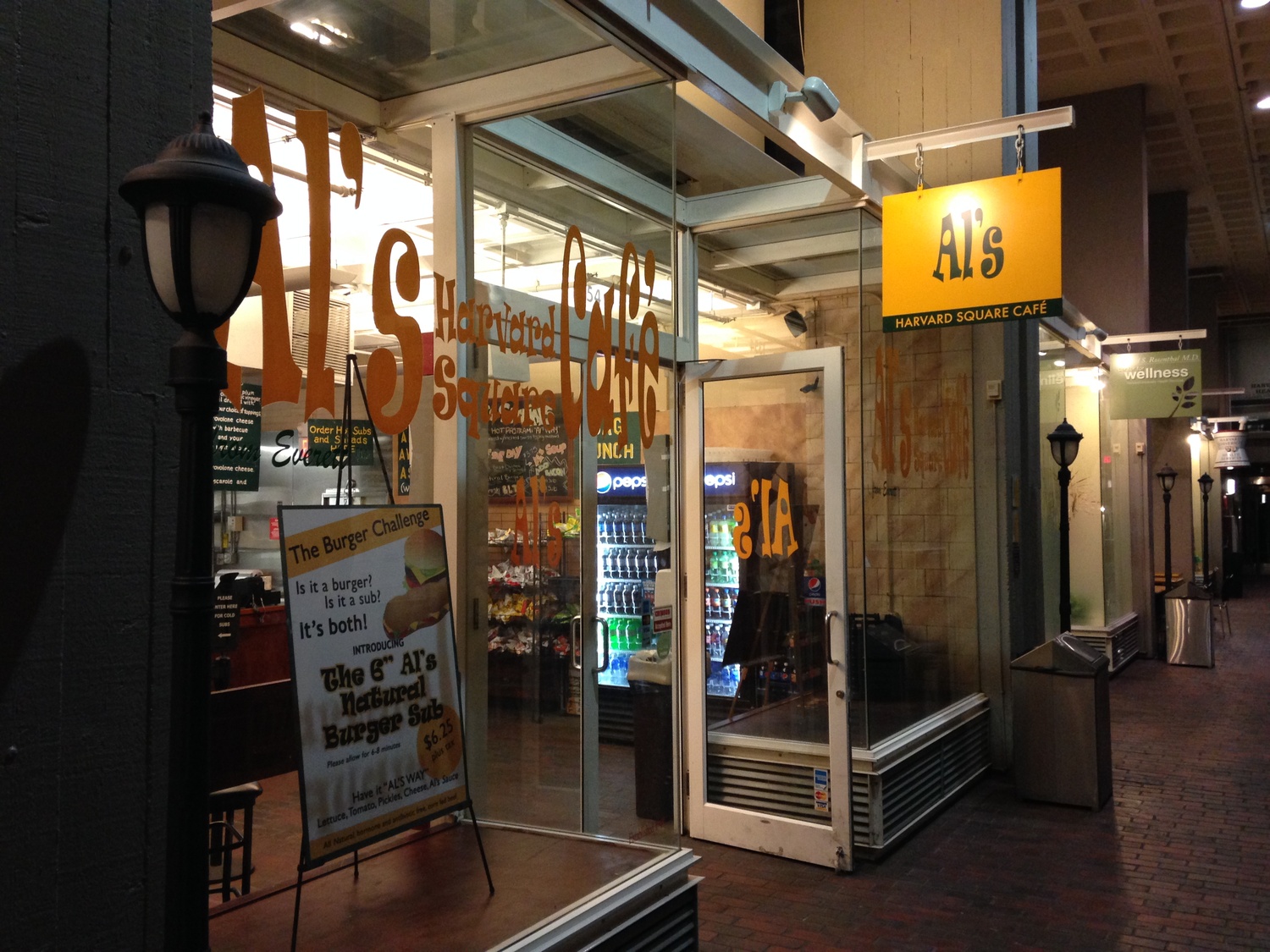 We received the heart-wrenching news on September 17, 2015 from a Crimson Crave article that our beloved Al’s, the Italian sub shop in the Smith Campus Center, will be forced to relocate following plans to make the Center a hub for student activity.

I couldn’t fathom the idea of not having my oven roasted turkey bag lunch available so I had to go see for myself if this was all true and what, if any, were the plans for the future of Al’s Café.

The manager and part-owner of Al’s, Carlos Chicas, told me that it was at the beginning of this past summer when the Harvard Campus Center notified him about the planned renewal which would force the eviction of several restaurants in the Center.

“We want to relocate in the Square but as of now there really is no space for us, we’re not really sure about where we will go,” said Chicas.

I tell him how much Harvard students enjoy the gargantuan subs that Al’s serves and how #blessed we are to have them in a central location on campus. “I know, we’ve been here for four years now, we’re really hoping to stay in the Square,” he says.

While the future may not be so certain for Al’s, Carlos tells me that the Café will still be serving their famous subs until the last days of April of next year and by then he hopes that they will have found a new home in Harvard Square. In the meanwhile, make sure to get yourself some of these delicious sandwiches because as they say “here one day, and gone the next”.