Two Things Our Dear Politicians Could Learn from the UC

By Laszlo B. Herwitz • 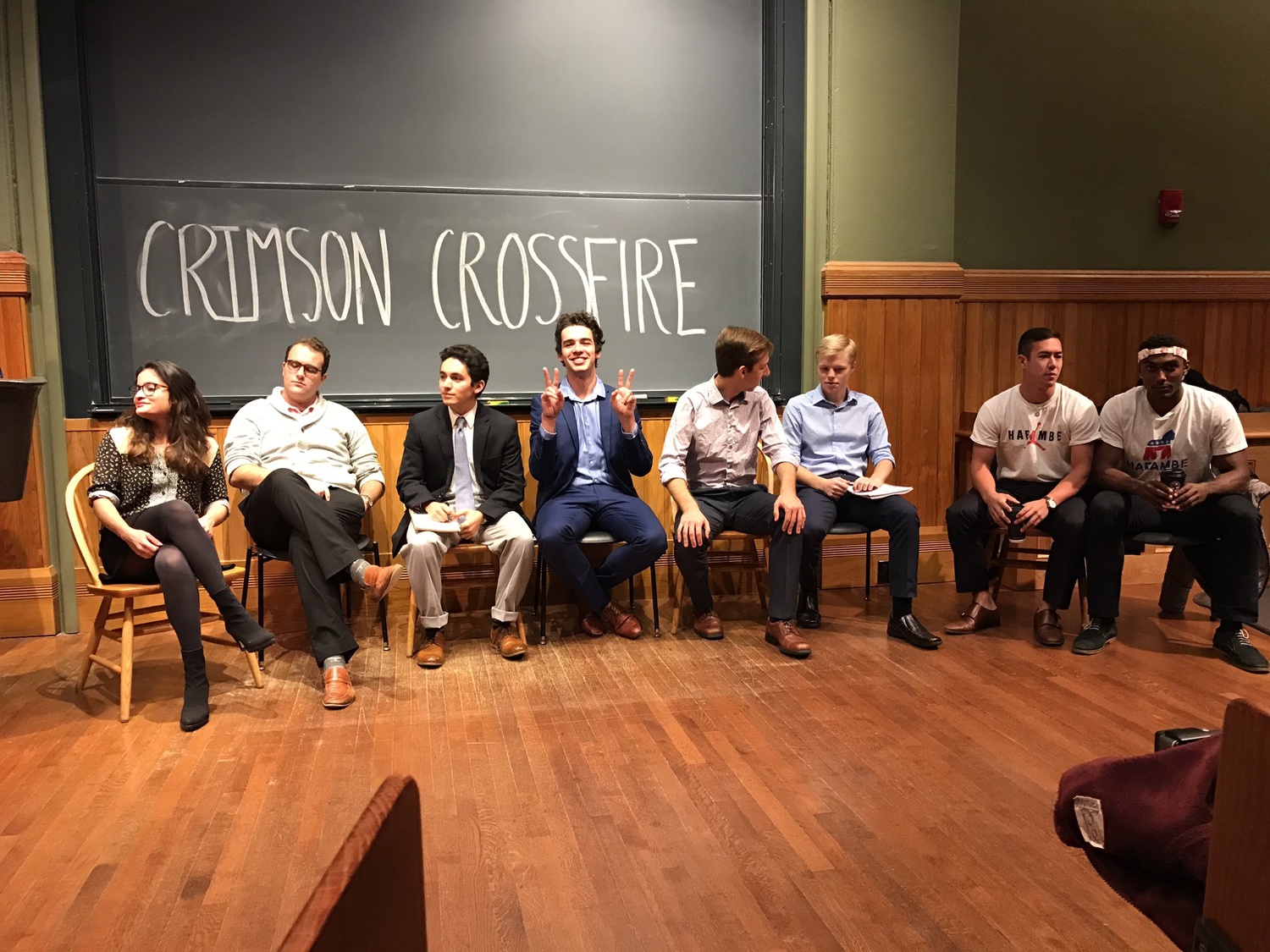 Four tickets are running for the presidency and vice presidency of the Undergraduate Council. They faced off at the Crimson's annual Crossfire debate this past Friday. By Derek G. Xiao

Friday, in front of a almost packed lecture hall, the four tickets running for president and vice-president of the Undergraduate Council exchanged questions and the occasional jabs over the course of an hour at the Crimson's annual Crossfire debate.. While the debate lacked the fire and brimstone that many had hoped for, it nonetheless provided some lessons that our own feckless politicians should take note of.

First and foremost, our politicians could learn that the way to solve the partisan divide is to all have the exact same views on every single issue. Sure enough, whether the question concerned final clubs, the HUDS strike, or ridiculously rising textbook costs, the UC candidates all gave more or less the same response. We had an uncanny flashback to Marco Rubio’s machine-meltdown in the last debate before the New Hampshire primary (wow, that seems like ages ago.) If politicians in Washington wanted to solve bitter partisan divide, they could follow suit, giving the same answers and just convincing as many of their friends as possible to vote for them.

And you know what? Politicians should realize that it’s okay to be a little weird. In years past, the UC presidential has generally included one joke ticket, often consisting of athletes. Last year, one of these tickets began an impromptu game of “beer-pong” during the crossfire debates, providing much needed comedic relief. Given this trend, major props must be given to Grant S. Solomon '18 and Alexander T. Moore '18. Although many expected little out of them when they came in wearing t-shirts with “Harambe” emblazoned across the front, they fared well amongst their better-dressed peers. Perhaps if we had more lawmakers in Washington who weren’t afraid to get weird (yes, we’re explicitly asking our government’s leaders to wear Harambe shirts), Congress might actually get something done once in awhile.

Best of luck to all the candidates and remember to vote!