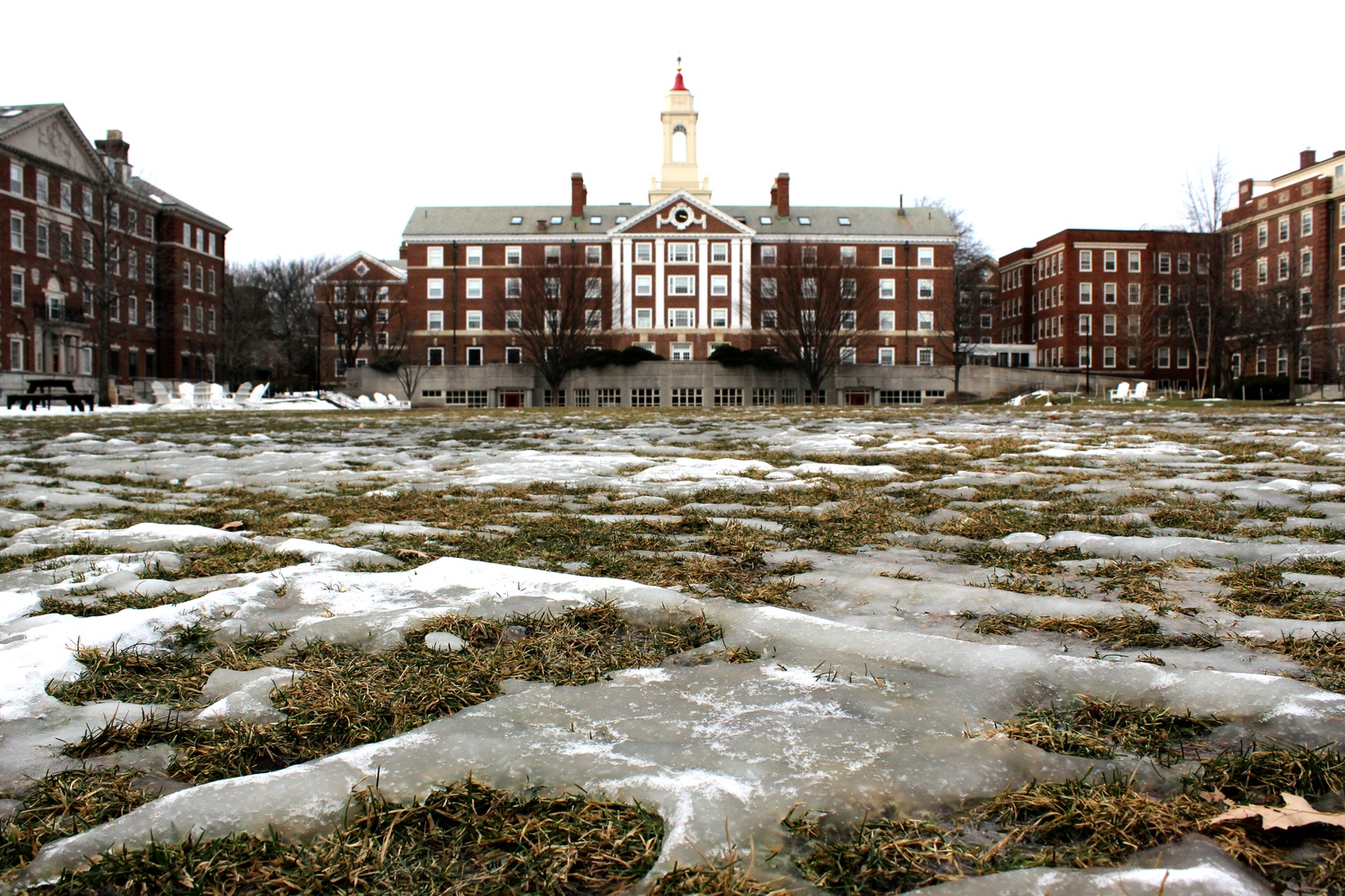 At risk of falling into the classic Harvard trap of complaining about the weather, it’s worth asking, what has been going on outside recently? Between last Sunday and Tuesday, there was a 60 degree temperature swing. That’s preposterous. How is one supposed to know which Patagonia, Canada Goose, or North Face level of jacket will fit any given day? In an effort to unveil the mysteries of nature, Flyby did some investigative journalism, and discovered a definitely legitimate letter from Mother Nature herself:

You guys really screwed up. Like big time. This whole carbon emissions thing is starting to be more than just a minor inconvenience. I sort of figured you’d get the hint last year when I dropped 108.6 inches of snow on your beloved Boston, MA, USA. When that didn't work, I thought the whole increasing yearly temperatures and rising sea levels would do the trick, but again, no. You just keep pumping more and more crap into my face. Do you have any idea how ugly ozone depletion is making me?

But now things are just getting ridiculous. I was going to just keep raising temperatures bit by bit passive aggressively until you got the message, but some of you still blabber about how “it was so cold last winter! If the globe is warming, why do we keep getting snow storms?” So I finally snapped. That’s why it was negative a billion last weekend and basically summer today. If you’re going to demand a linear rise in temperatures to prove that climate change is real, then I’m just going to keep screwing with you. Think about it. You’re going to look like such IDIOTS when it’s 60 degrees in February and you go outside in your precious Canada Goose. Then as soon as you warm up (ha) to the idea of wearing shorts in the winter, I’m going to turn your city into Hoth. So have fun, people, you brought this upon yourselves.