The Game at Fenway: The Solution No One Needed 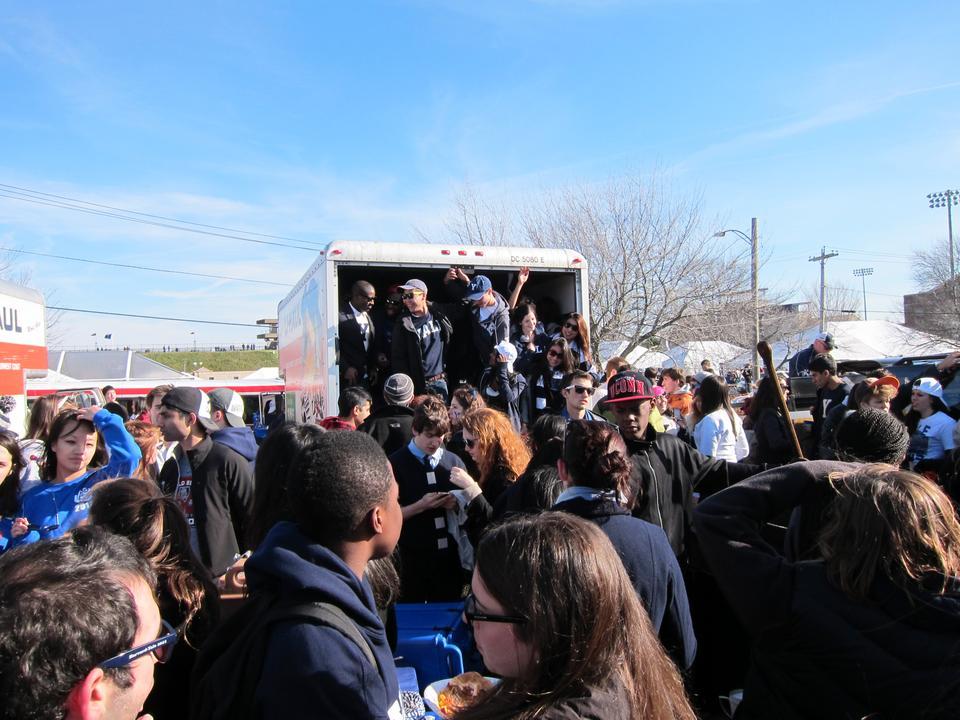 Take a good look at this picture, because it may be the closest you get to a 2018 Game tailgate.

Take a good look at this picture, because it may be the closest you get to a 2018 Game tailgate. By C.C. Gong

Harvard Athletics, in the wise words of Avril Lavigne, why’d you have to go and make things so complicated? There are many reasons why the Game should not be played at Fenway. Here are a few:

One would think that giving free tickets to an entire undergraduate-base of students, charging less than a meal at Clover for non-college affiliate tickets, and the presence of house-sponsored tailgates would lead to a full Harvard Stadium for the Game, right? WRONG. Despite a centuries-long rivalry, the Game never sells out. Moving from Harvard Stadium (capacity of 30,000) to Fenway (capacity of 37,000) will only further depress attendants as they look around to see grandstands of empty seats. This isn’t Clemson vs. Miami, and the argument for the Stadium lacking sufficient capacity is ungrounded.

Walking back to your room across the JFK Bridge with a stomach full of Keystone and Franzia at 1 p.m. is the most physically taxing thing (MY FRIENDS NOT ME MOM OK) have ever done. Shuttling out buses of inebriated students to Fenway seems like an even greater logistical nightmare. It adds costs of renting buses, paying drivers, and hiring people to clean up the botched shotguns Brad and Nathan spilled throughout Yawkey Way. It’s far from campus. It’s messy. It’s an Uber surge-pricing hellscape.

Unlike Yale police officers, cops at Fenway will like...actually arrest the students that get nude in the third quarter (assuming they haven’t left yet, or even entered the Game in the first place). But if you’re scheming to do away with your sloppy roommate, feel free to use this to your advantage.

Townies already think that Harvard kids are huge dorks. Half of a sloshed Delta Gamma running around, tripping over their Steve Madden sandals in the middle of Boston won’t change their minds. If the Boston Globe gets a glimmer of a freshman peeing on Pesky’s Pole, you can imagine the Facebook arguments surfacing regarding the intellect of Harvard students.

Multiple Yale students broke their legs jumping down to rush the field from a 12-foot drop because they’re not used to engaging in physical activity and are brittle. Can you imagine kids rushing the field from the top of the Green Monster? I’m not saying that this is likely, but get a couple Four Lokos in you, and anything seems possible.

The Game at Harvard is fantastic because a student can wake up, walk to the Stadium, and be back in bed before kickoff. It’s local fun that allows students to tailgate on (read: trash) the facilities across the river, and easily hop over to the Stadium (or not). Fenway complicates and tarnishes the Game’s biggest asset when held in Cambridge—convenience. Why change over a century of a good thing?