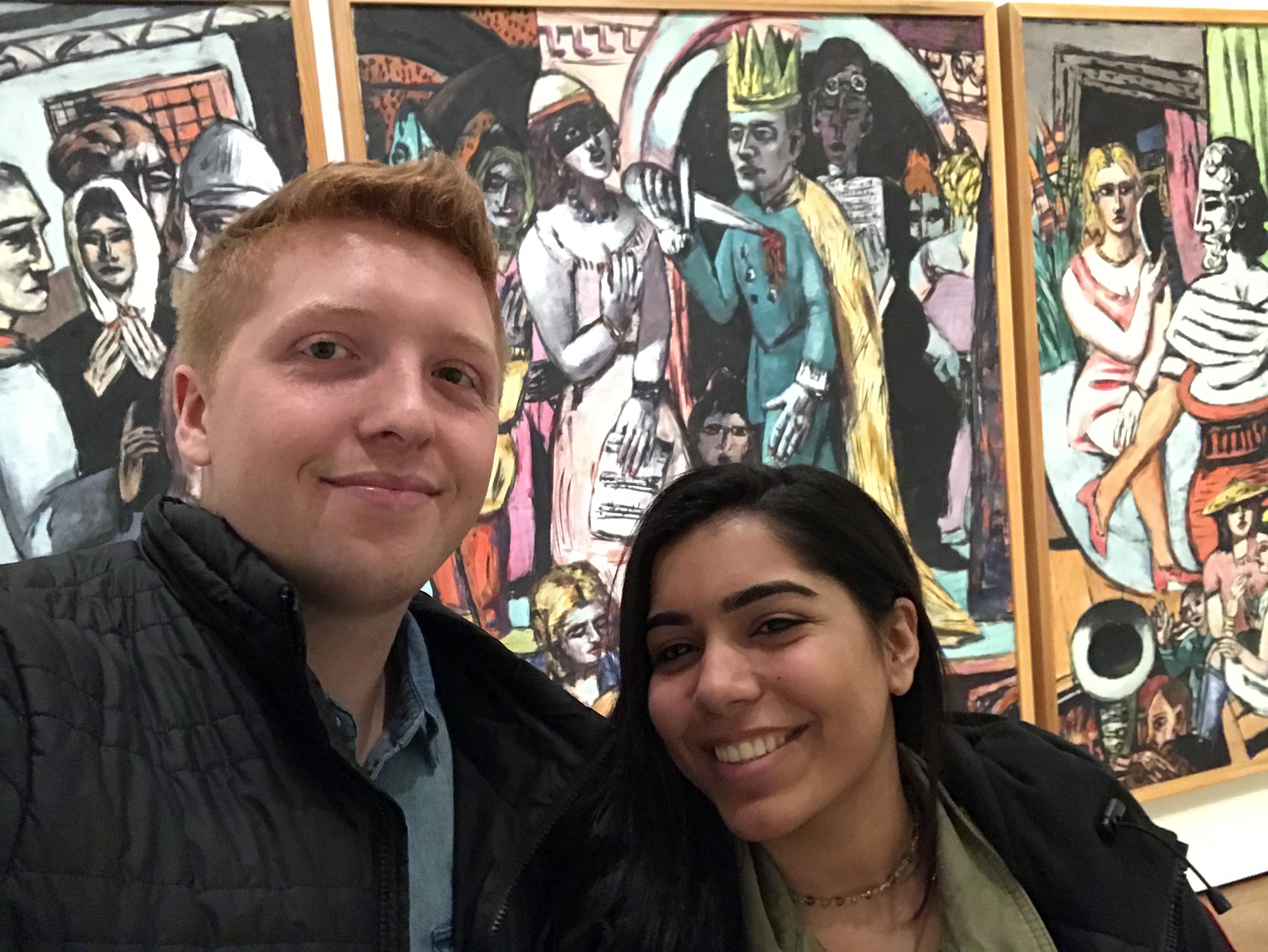 Gunnar and Milan share a selfie after their date.

Welcome to this semester’s first date recap for Flyby Matchmaker. With Valentine’s Day quite literally around the corner (t-minus one hour), here’s to hoping we can spread the love a little bit.

Milan Sani is a freshmen from Port Washington, N.Y. She said she finds funny, intellectual and artsy men attractive, but doesn’t care much for athletes. Gunnar Plunkett, also a freshmen, hails from Murrieta, CA and was “really into” cross-country in high school. He enjoys listening to alternative, indie, blues, and classic rock. Milan and Gunnar recap their Matchmaker date, which took place at the Harvard Art Museums (a really neat location to hang out and maybe find love) below: 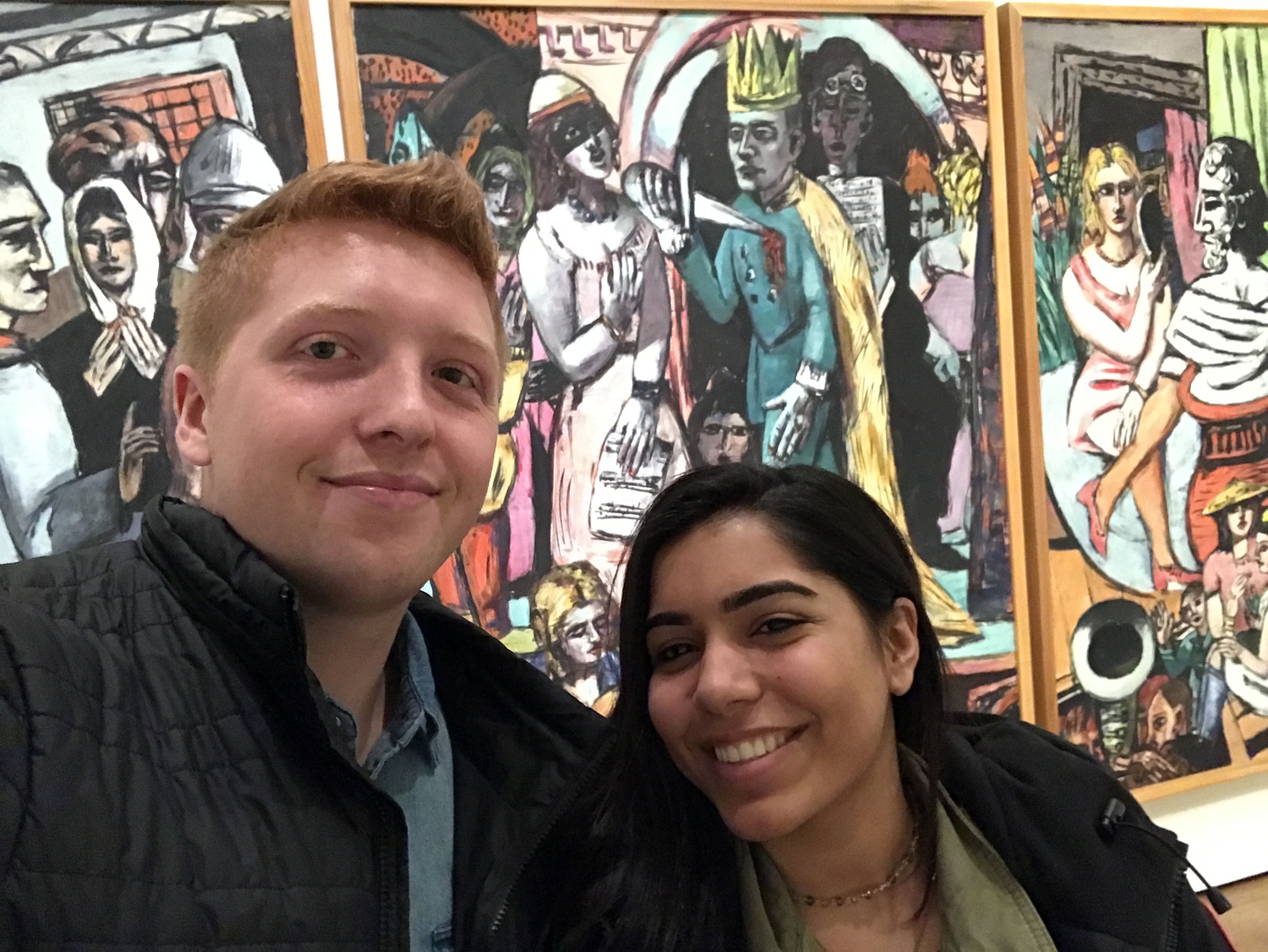 Milan: My roommate put the link in our group chat and so we all filled it out together one night… We did it on a whim.

Gunnar: My friend from my FOP group told everyone to do this. And I was like, I might as well. Seemed a little more comprehensive than Datamatch…

Milan: I got to [Jenny’s Café at the Harvard Art Museums] and I saw so many different guys just by themselves. So I was writing my roommate group chat, “guys I don’t know what to do.”

Gunnar: I walked up to the museum and I was trying to figure out where the café was and I made eye contact with… I think it was her. But I thought “this isn’t the café so it’s not her.” So I went to the café.

Milan: I saw this guy… and he was kind of roaming around. And I saw him go into the art museum and then walk into the café and I [thought] OK, I think that’s him. And so I walked over to him… and was like “are you here for flyby?” I was the one to approach him.

Gunnar: First impression was that she was cute and that she seemed really friendly.

Milan: He was really warm the whole time and not awkward, so I was just kind of like “hey what’s up?” I think we were both equally like, what’s happening?

Gunnar: We didn’t hug; we just kind of said hi.

Milan: I just got a coffee and he got a cookie and coffee. We just sat down and talked and we both went through our applications… like a “why are we matched?” kind of thing.

Milan: We had very similar music tastes, like same bands. And we both had a floating interest in literature and he kind of likes Shakespeare. I’m super into Shakespeare. We had totally different academic interests.

Gunnar: I thought it was interesting that she was really into art. Also, I thought she had a cool interest in government and women’s studies as well.

Milan: After we talked for a bit… we walked through the art museum. I’d been there before but he’d never been so I took him around…We [looked at] everything on the first floor. He was really interested in it, which was cool…. He had a radio show [though] so he had to head out.

Gunnar: At the end when we were saying goodbye to each other… both of us were like “should we hug each other?” and that lasted like thirty seconds and we didn’t end up hugging. So that was awkward.

Milan: We friended each other on Facebook, so there’s that.

Gunnar: We were messaging on Facebook a little bit yesterday. We’re going to grab coffee.

Datamatch let you down? Just want to compare results? Fill out this form to have a chance to go on a Flyby Matchmaker date!