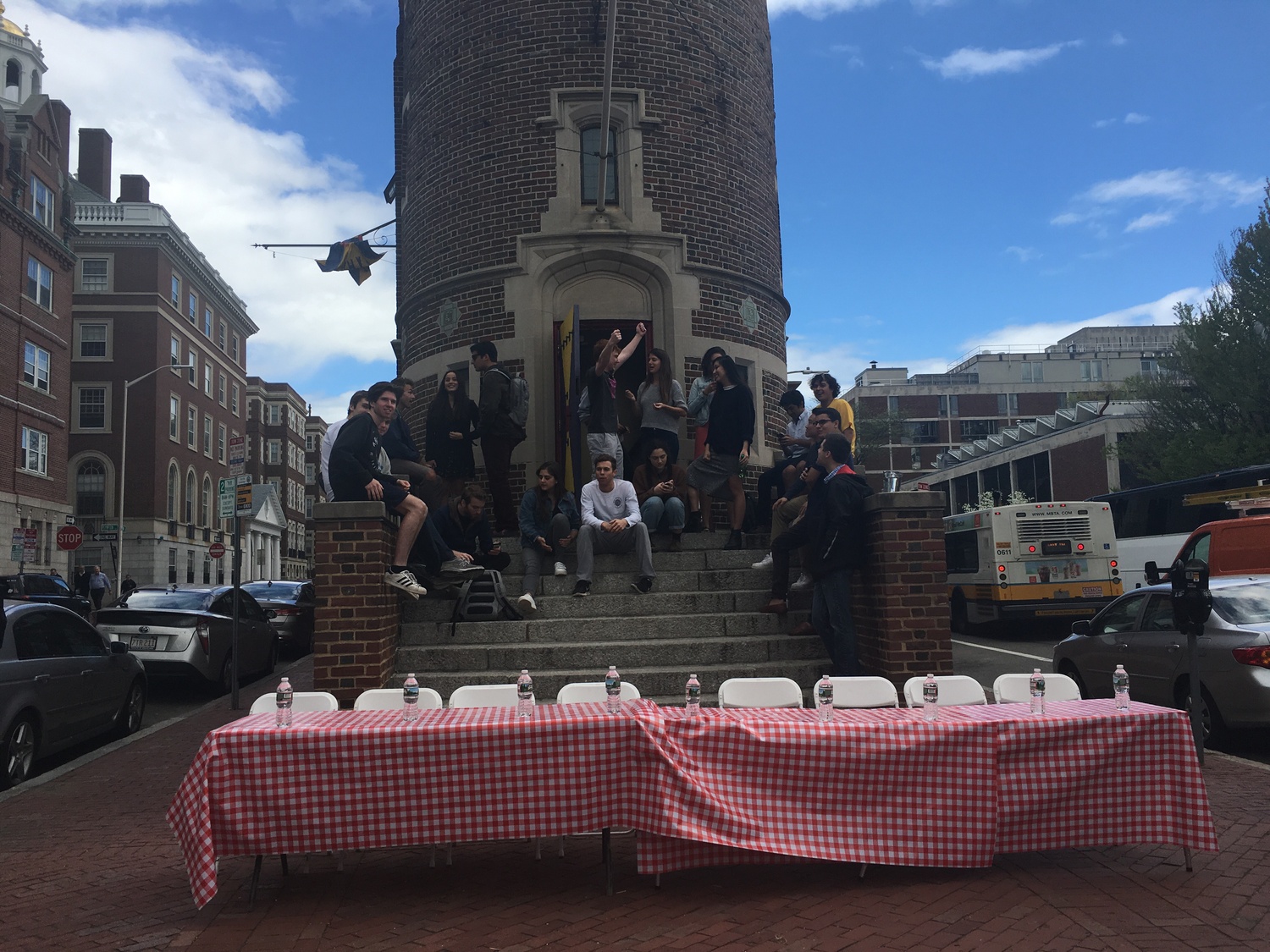 'Poonsters wait for their corporate sponsors on their dilapidated steps. By Megan M. Ross

Corporate shills at the semi-secret Sorrento Square social organization that used to occasionally published a so-called humor magazine organized the event—a thinly-veiled promotion for a local business that occasionally produces so-called pizza—which took place in front of the dilapidated steps of the Lampoon’s Sorrento Square building.

Anchored by heavyweight Jarele Soyinka ’19, The Crimson put away roughly 23 boxes of pizza in a heroic feat of athleticism and intestinal fortitude. Representatives of the Lampoon, despite flaunting the rules by substituting in a hungry local vagrant, only managed to consume a collective two slices.

Organizational inefficiencies plagued the event, which did not begin until 40 minutes after its scheduled start time. Lampoon staffer David P. Frankle ’18 appeared visibly impatient at the delay. When the pizzeria staff finally arrived with the surprisingly small and already-lukewarm pizza pies, Frankle smiled hungrily.

‘Poonsters distributed pens, t-shirts, and other corporate memorabilia from the pizzeria. Though pizzeria-affiliated referees incorrectly called the event for the ‘Poon, spectators and numerous reporters verified that The Crimson had, in fact, eaten more pizza.

The pizza-eating competition took the place of this year’s annual Crimson-Lampoon Softball game. The Crimson has won the last 141 contests and, at press time, analysts were already predicting a 23-2 Crimson victory next year.