Flyby Investigates: Where Do the Turkeys Come From, Where Do They Go 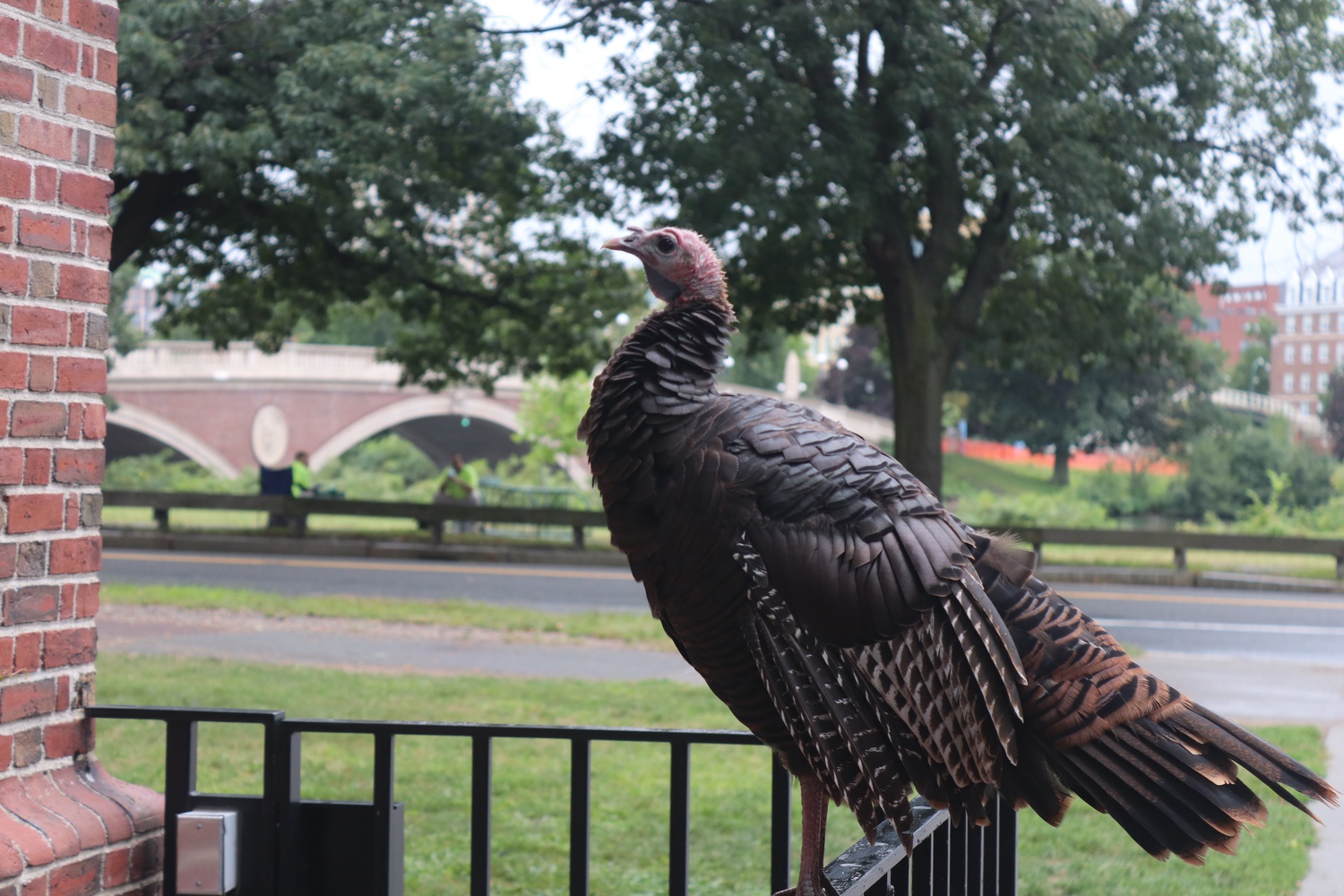 It’s just a regular day in Cambridge, freshmen making their daily trip to the steps of Widener and tourists taking pictures with the John Harvard statue. Oh, and of course, we can’t forget about the two random turkeys frolicking in the middle of the road, causing a mini traffic jam. It’s a sight to behold, a small break from the chaos of everything else happening right now, and I’m sure the turkeys don’t mind posing for a few seconds anyways.

But why are there turkeys in the middle of the road? Sure, I understand the birds and squirrels, but turkeys weren’t exactly what I had in mind for Cambridge wildlife. What exactly draws them to Harvard’s campus?

Where do they come from?

As described by the official website of the Commonwealth of Massachusetts, these strikingly handsome birds are an important natural resource in the area. After a near-elimination in the mid-1800s, 37 wild turkeys were reintroduced to Massachusetts in the 1970s. The cohort flourished, and the current estimated population is now between 30,000 and 35,000. Their return is welcomed by sportsmen, naturalists, and other wildlife enthusiasts, but maybe not so much by the tourists who aren’t exactly looking for turkeys on their walk to the John Harvard statue.

Where do they go?

Every now and then, a turkey will wander a little too close to a group of people (we feel ya man, we all need some social interaction these days). So how exactly should we react to these 25-pound birds with some serious looking toes and spurs? While turkeys are typically harmless, they can get aggressive and peck or claw at unsuspecting humans. But don’t be afraid to assert your dominance — put the turkey in its place. The Commonwealth of Massachusetts suggests making loud noises, swatting it gently, or, better yet, reading out your psets to them. It just doesn’t get any scarier than that.

While the occasional turkey can cause quite a ruckus on the Harvard campus, their reappearance is a successful comeback story for many environmentalists. At this point, it’s probably more likely to spot a turkey than it is to see your professors in person. But hey, we’re all hanging in there.

The turkeys are returning. Nature is healing. <3