Flyby Imagines: What is Going to Be On the Annenberg Ceiling? 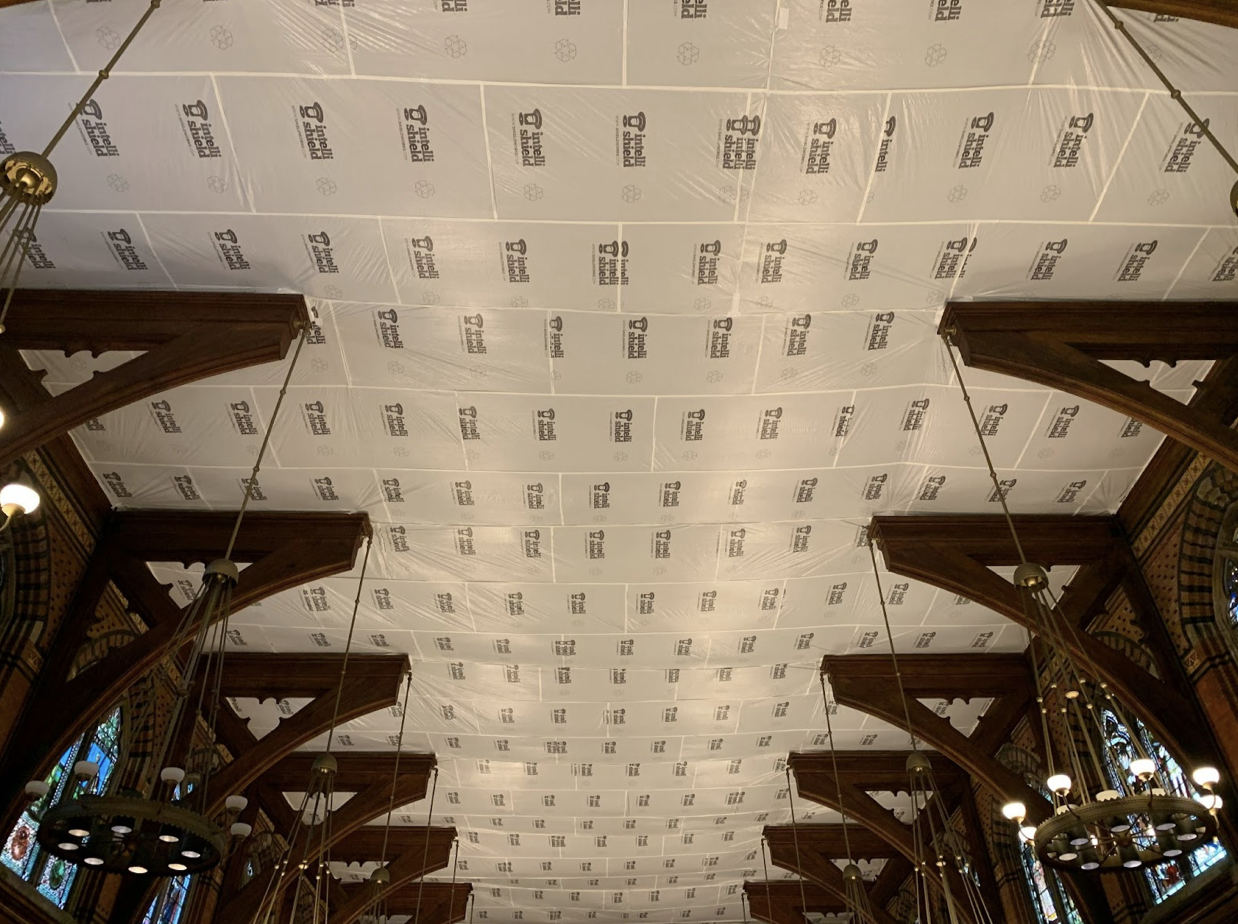 If you haven’t been to Annenberg lately, you may not realize that the ceiling is currently covered due to construction. But the covers lead us to wonder: what exactly is going on under there? Realistically, Harvard isn't going to change anything on the ceiling for the sake of tradition, but what if they did? Here, Flyby imagines (using crude expert Photoshop skills) some possibilities of what could be added to the ceiling of Annenberg. 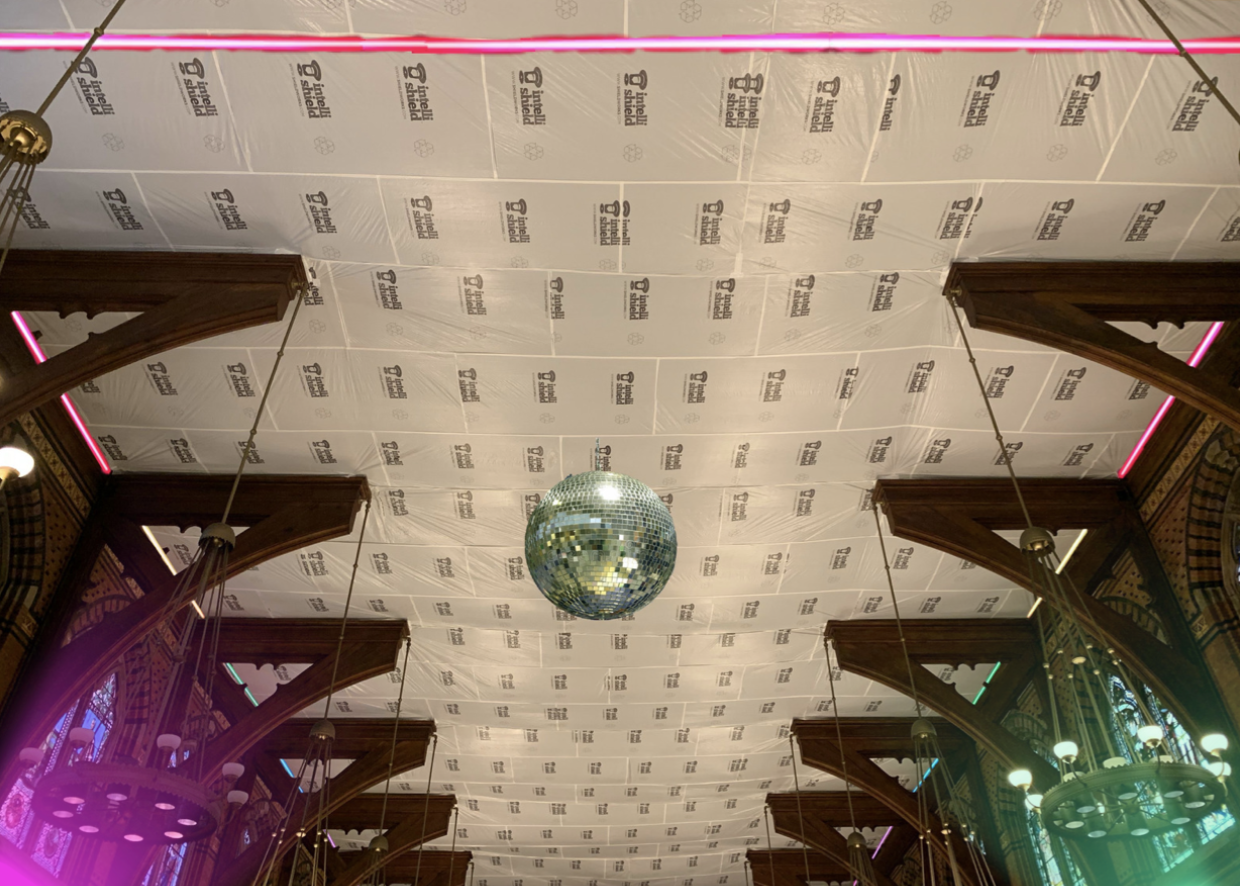 The hottest trend in dorm decor is LED lights, so why not add them to Annenberg? If Harvard adds a disco ball as well, we would have a sweet new party space and the first years wouldn’t have to endure the 9th circle of hell that is Tasty Basty™. 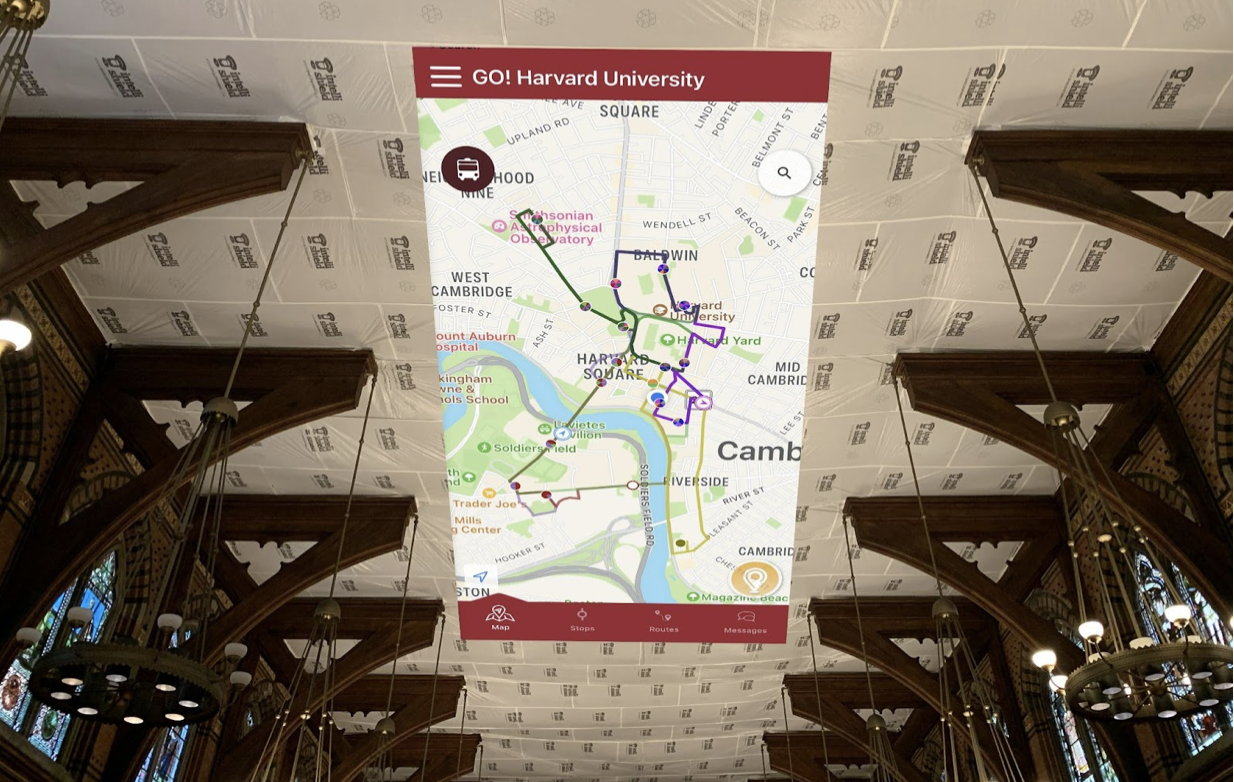 As if things could not get worse, Passio Go recently had an update that has rendered the app more dysfunctional than it was before. Now would be the best time to add a working shuttle tracker to the ceiling that would help CS students catch their shuttle to the SEC. It is not my job to design one so here’s a screenshot of the old Passio Go. R.I.P. :( 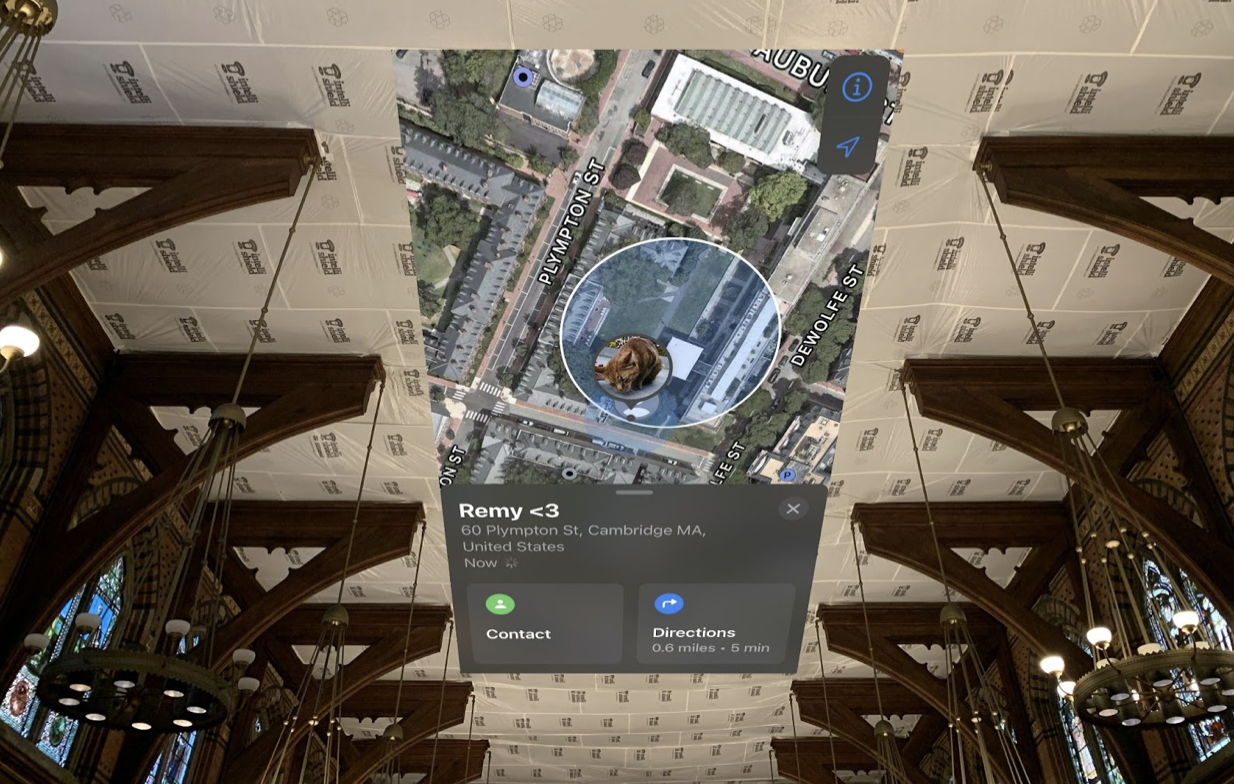 If there’s one thing almost every Harvard student can agree on, it is that Remy is a wonderful presence on campus. If there was a tracker to let us know his location 24/7, we could destress by petting him anytime. Live, Love, Remy <3. 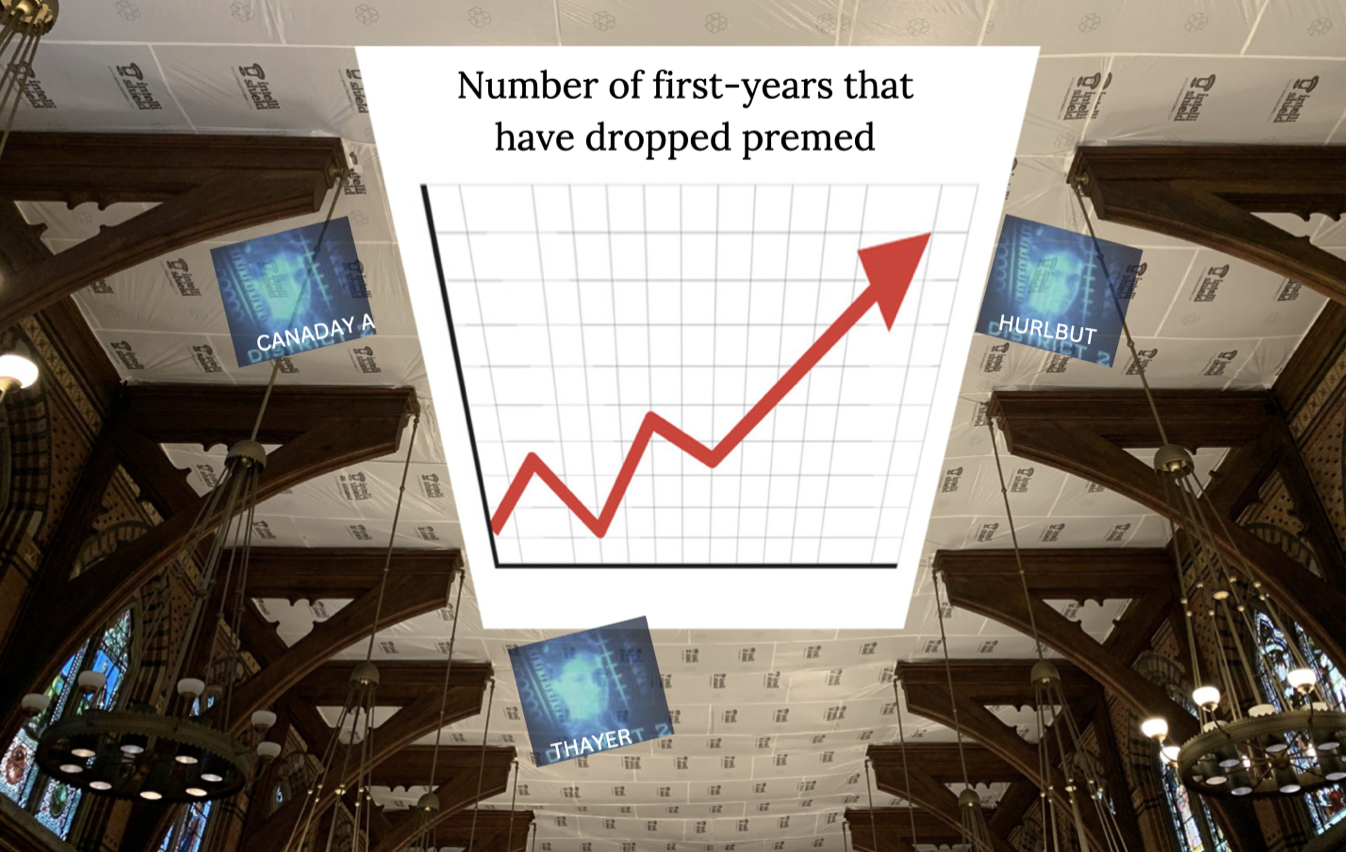 LS1A and LS1B are not for the faint of heart and it is no surprise that many students decide to stop being pre-meds during their first year. By adding a live counter, people will know they are not alone. We could also add a Hunger-Games-style cannon sound while we’re at it.

Sistine Chapel Style Painting of Bacow Passing on the Presidency 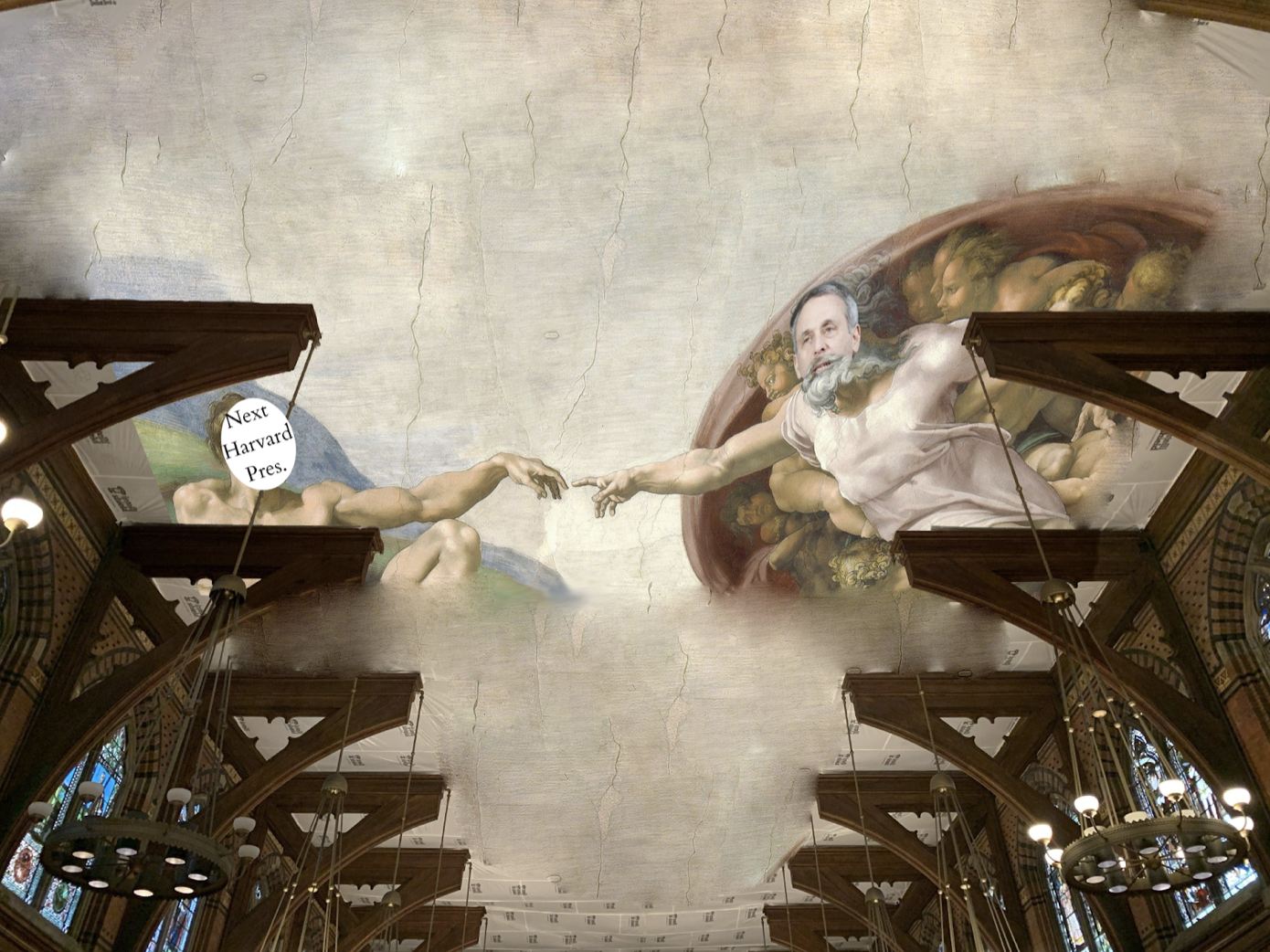 This is the most cursed thing I have ever created. But if I had to see it, so do you.