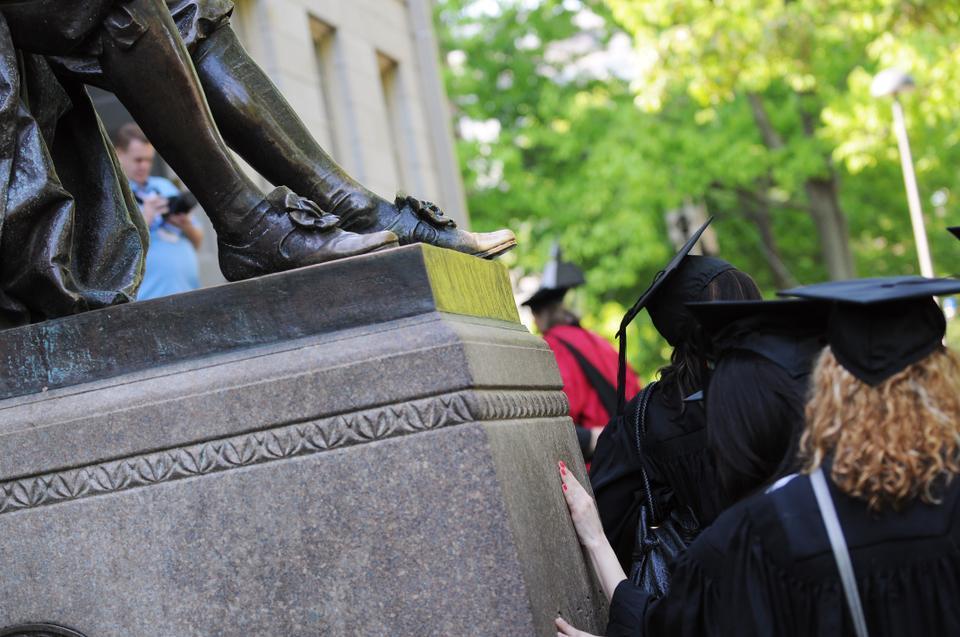 - Members of the Class of 2011 take photos in front of the John Harvard statue before processing into Tercentenary Theatre for Harvard's 360th Commencement exercises. By Meredith H. Keffer 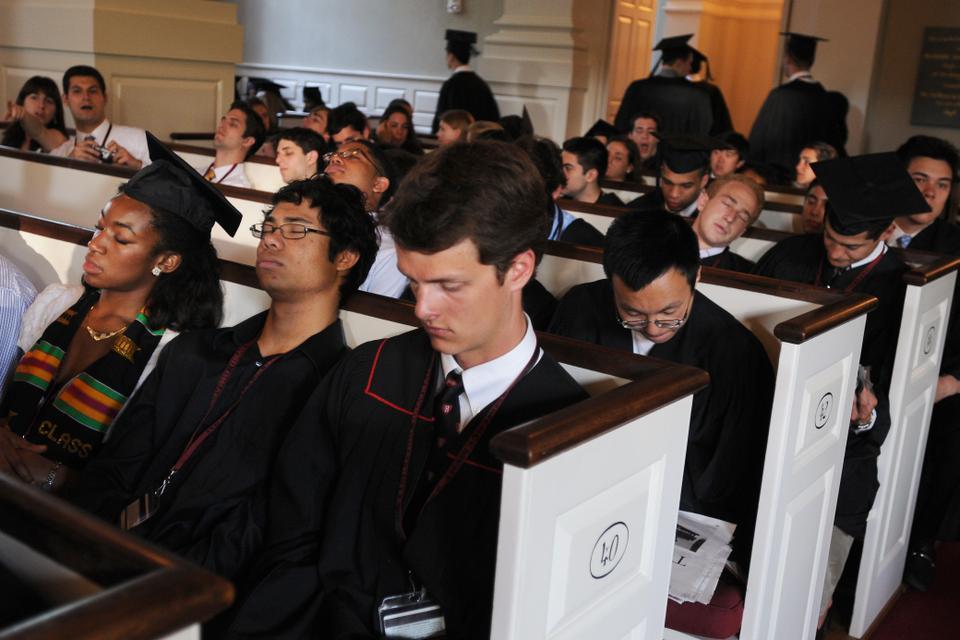 - Soon-to-graduate seniors doze off in the back of Memorial Church before the 8:00am senior church chapel service on the morning of Commencement. By Meredith H. Keffer 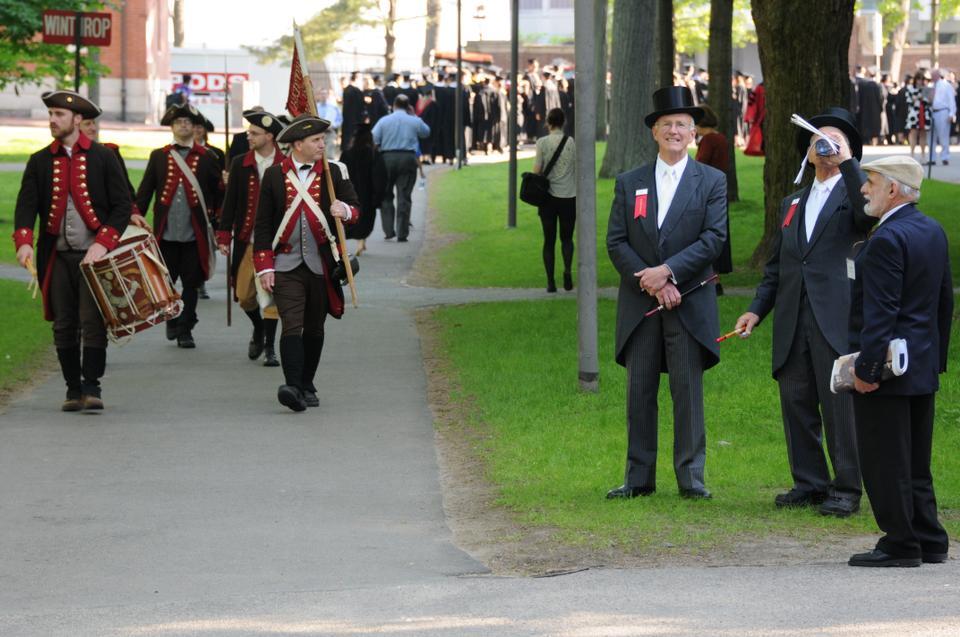 Commencement 2011 Morning Exercises - Minutemen players in costumes walk past volunteer alumni organizers in the Old Yard after leading students to their Commencement morning exercises on Thursday. By Daniel M. Lynch 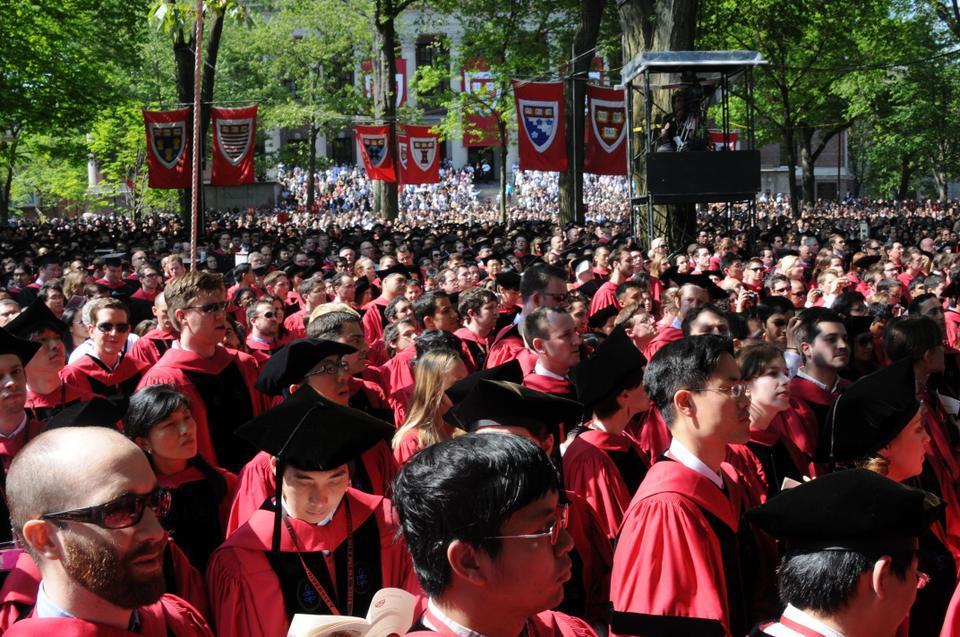 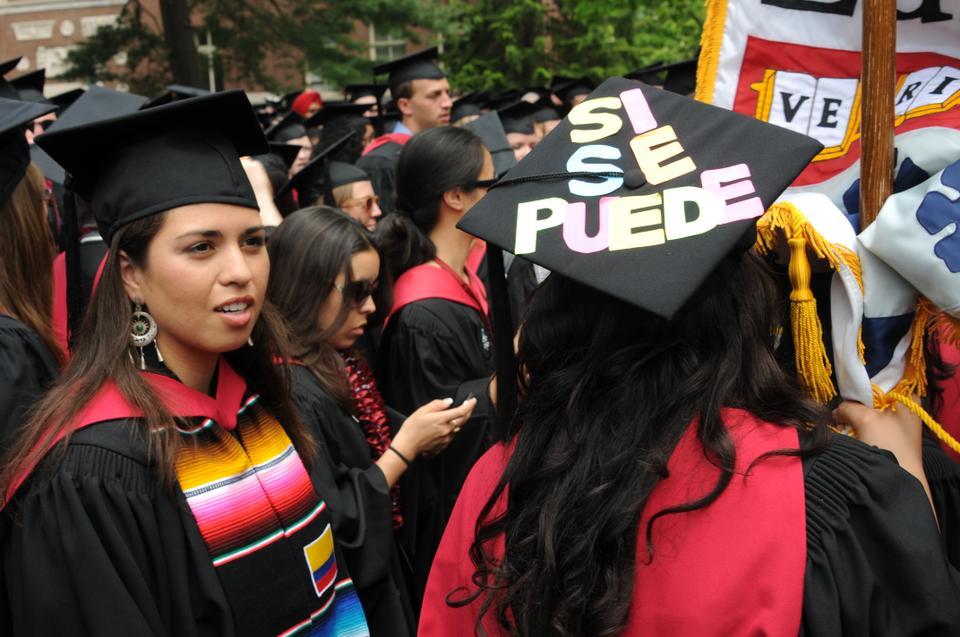 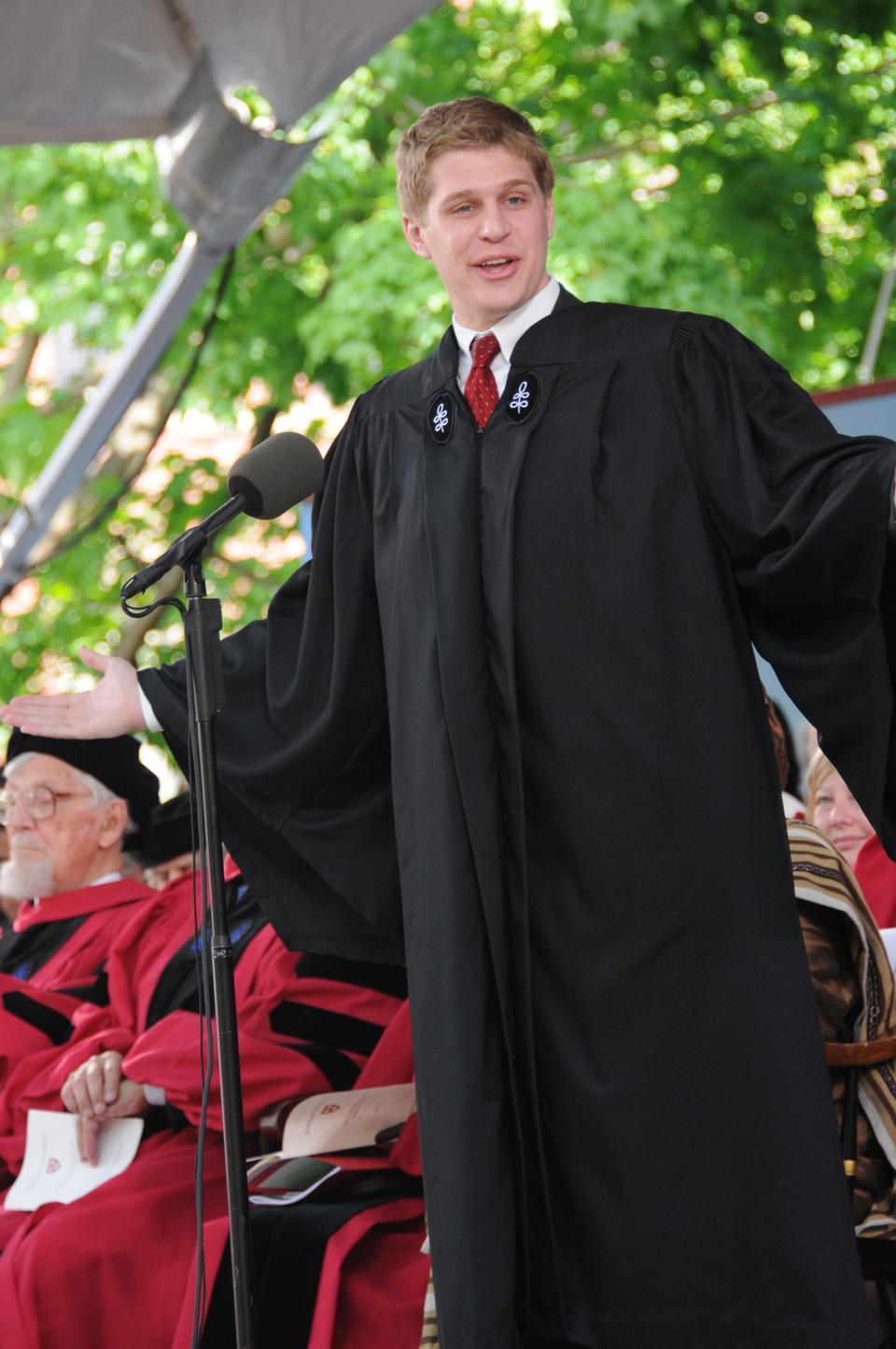 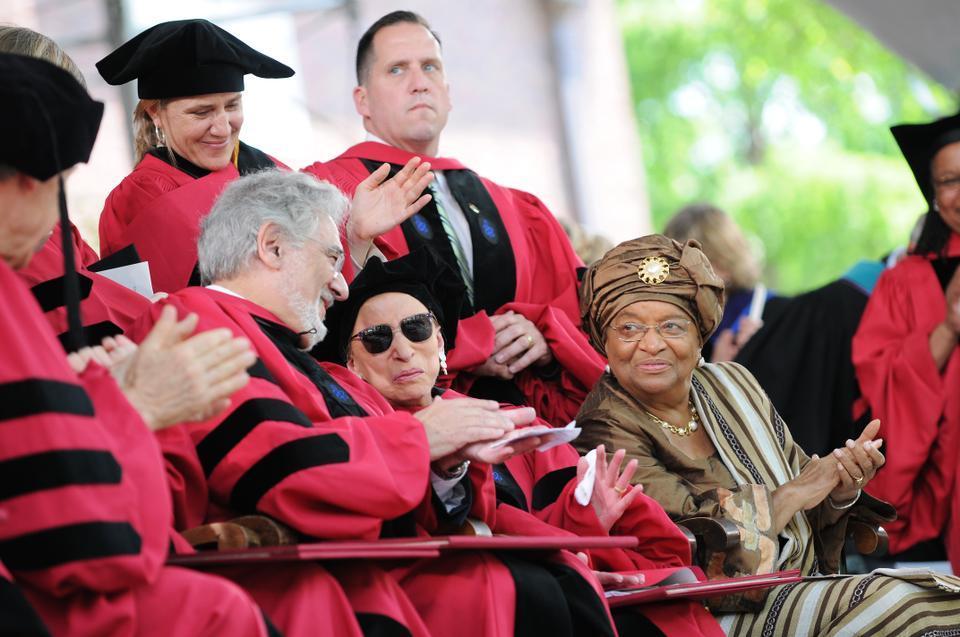 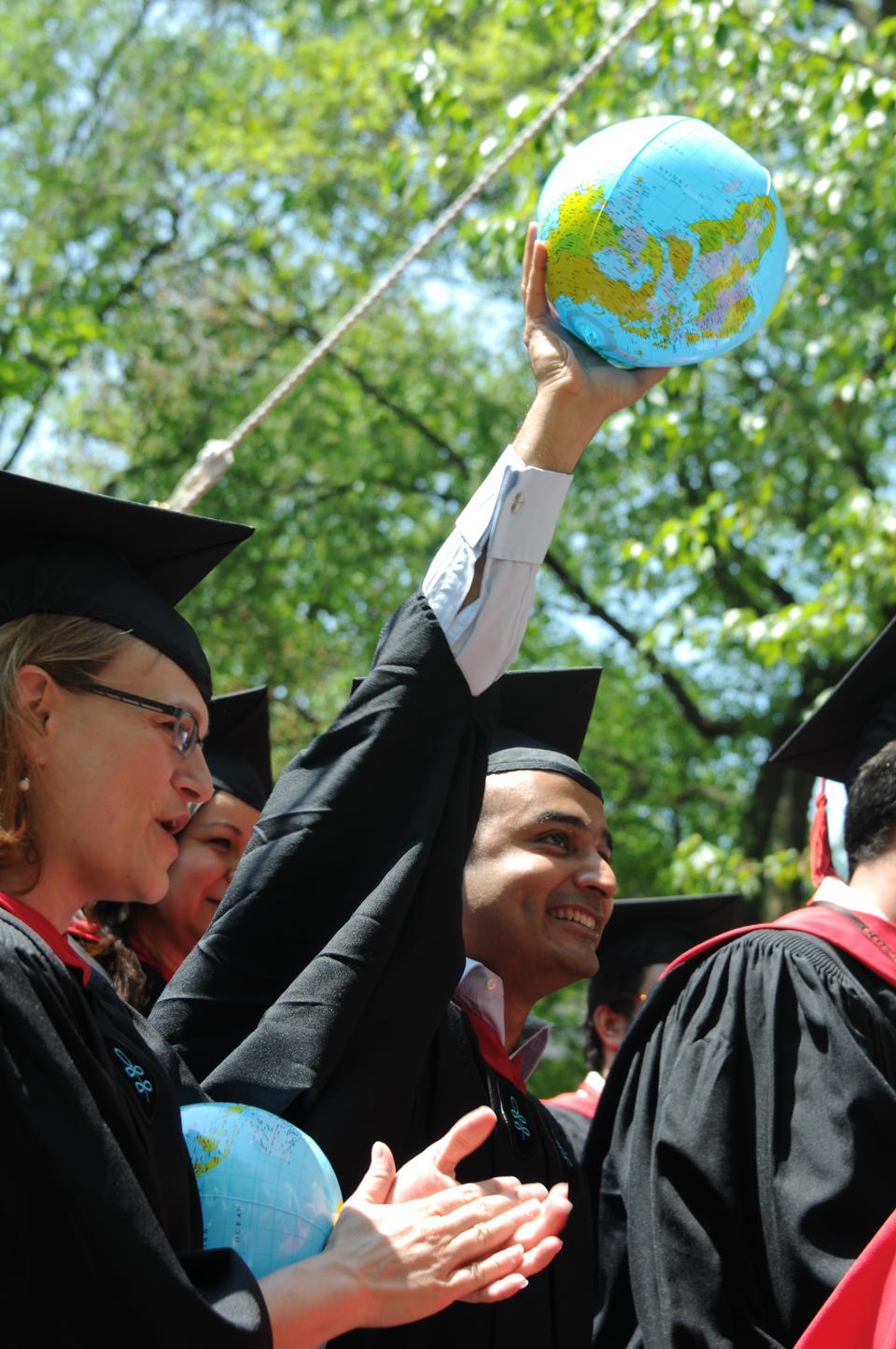 Commencement 2011 Morning Exercises - Malik Ahmad Jalal holds up an inflatable globe and cheers with his fellow students as they become Kennedy School of Government graduates during Commencement. By Daniel M. Lynch 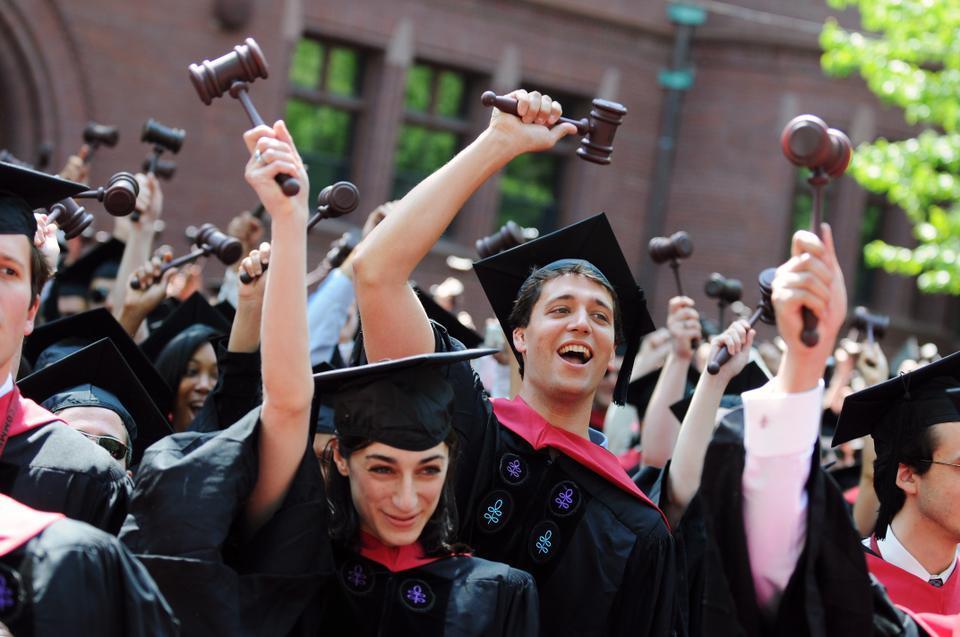 - Harvard Law School students celebrate the conferral of their degrees, shaking gavels in the air as symbols of their area of study. By Meredith H. Keffer 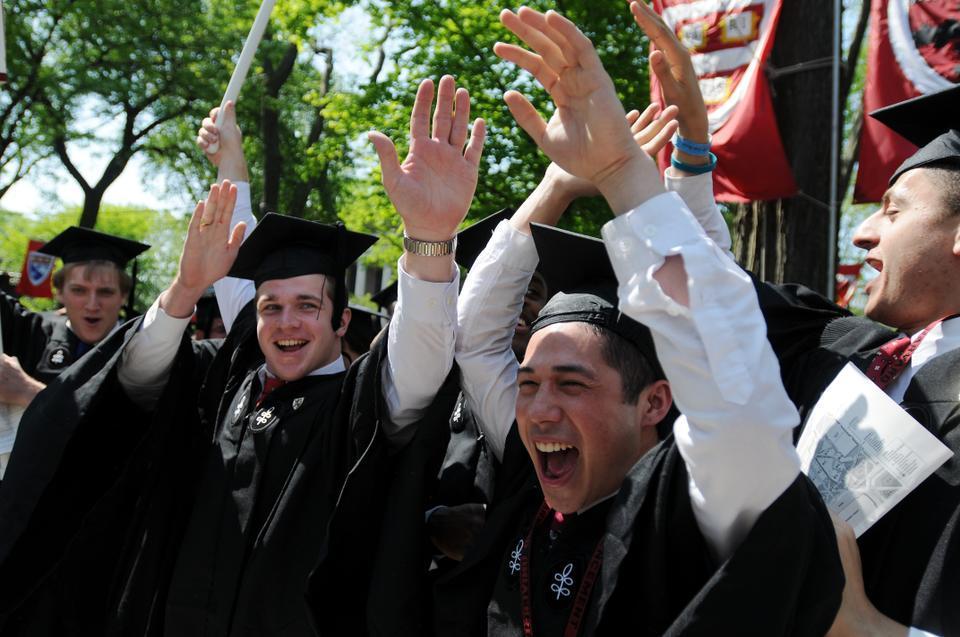 - Joseph C. Higgins '11 and his friends celebrate the conferral of their degrees near the close of Morning Exercises. By Meredith H. Keffer 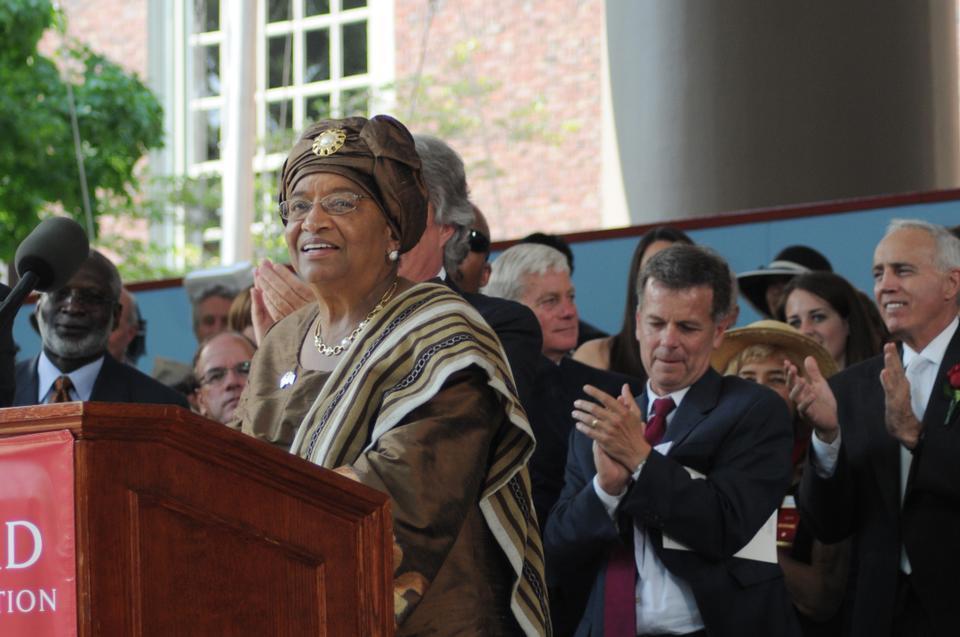 President Ellen Johnson Sirleaf - Kennedy School of Government alumna and the President of Liberia, Ellen Johnson Sirleaf, was awarded an honorary degree during the morning exercises of Commencement on Thursday. In the afternoon she delivers a speech to the Harvard Alumni Association in which she encourages its newest members to "resist cynicism." By Daniel M. Lynch 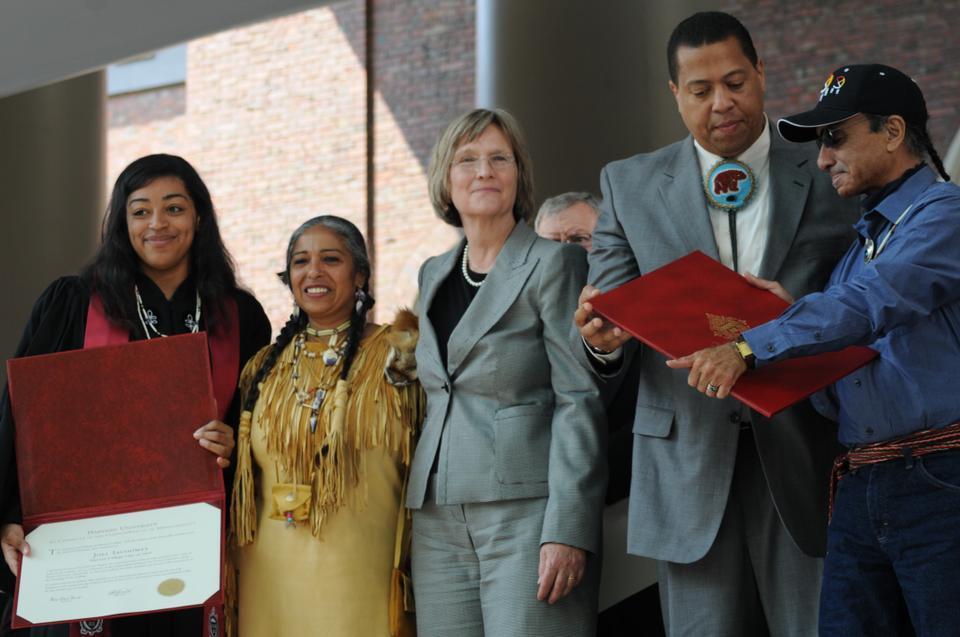 Posthumous Degrees - After graduating in the morning, Tiffany Smalley accepts a posthumous degree from the university in the honor of another Aquinnah Wampanoag, Joel Iacoomes, who died in 1665 after studying at the Harvard Indian College. Bernard Coombs, a relative, also accepts Iacoomes' degree in his honor. Cheryl Andrews-Maltais, chairwoman of the Wampanoag Tribe of Gay Head, and Cedric Cromwell, chairman of the Mashpee Wampanoag Tribe, were also present as University President, Drew Faust, presents the degrees. By Daniel M. Lynch
Harvard University Commencement Exercises, May 26, 2011.