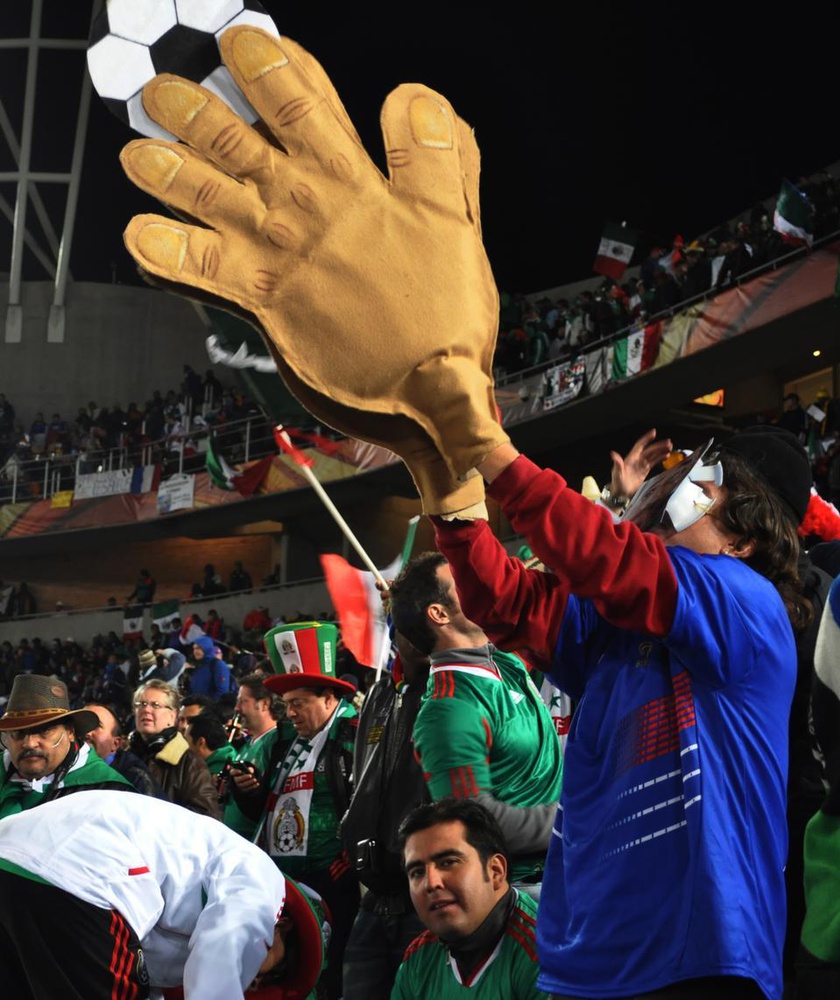 A Mexican fan reminds the French team of "The hand of Henry" which refers to a handball by Theirry Henry in 2009 that was missed by the referee. With this handball, Henry scored the goal that led to his team's aggregate victory during their two-game playoff against Ireland, and accordingly qualified France to the 2010 World Cup. (CORRECTION: An earlier version of this caption incorrectly identified the individual in the picture as a “French fan” cheering for his national team.)