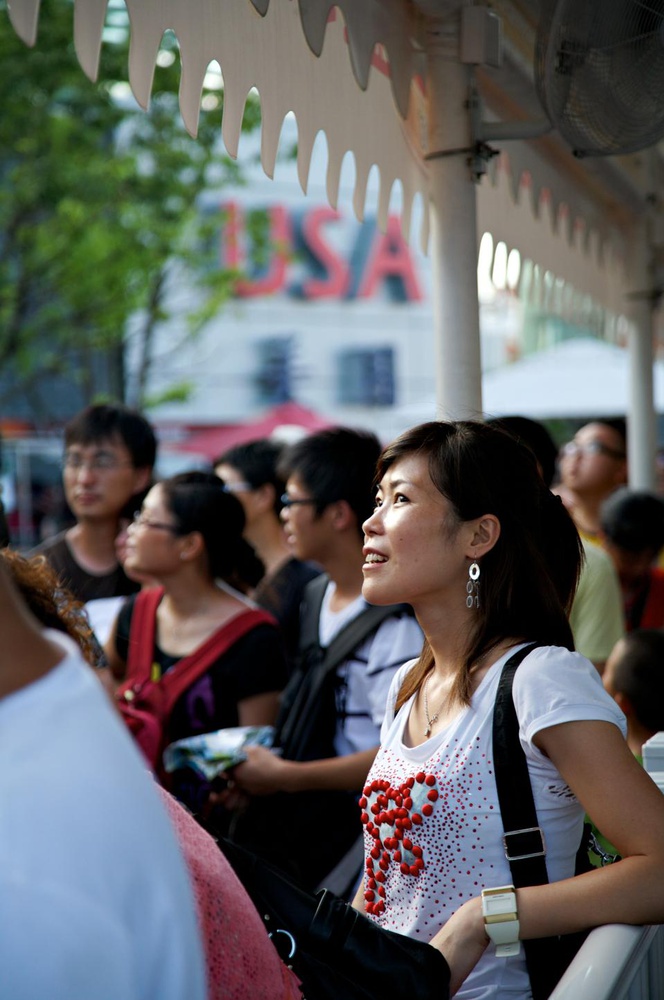 The United States decided to join the Expo very late, so its pavilion is generally not considered to be very impressive. Among other things, it features an American diner—set up by KFC and Pizza Hut, two popular chains in Shanghai—and videos of President Obama and Hillary Clinton talking about what it means to be American. Here a woman watches an introductory video as she waits in line to enter.