The College Campaign of 2010: Interviews 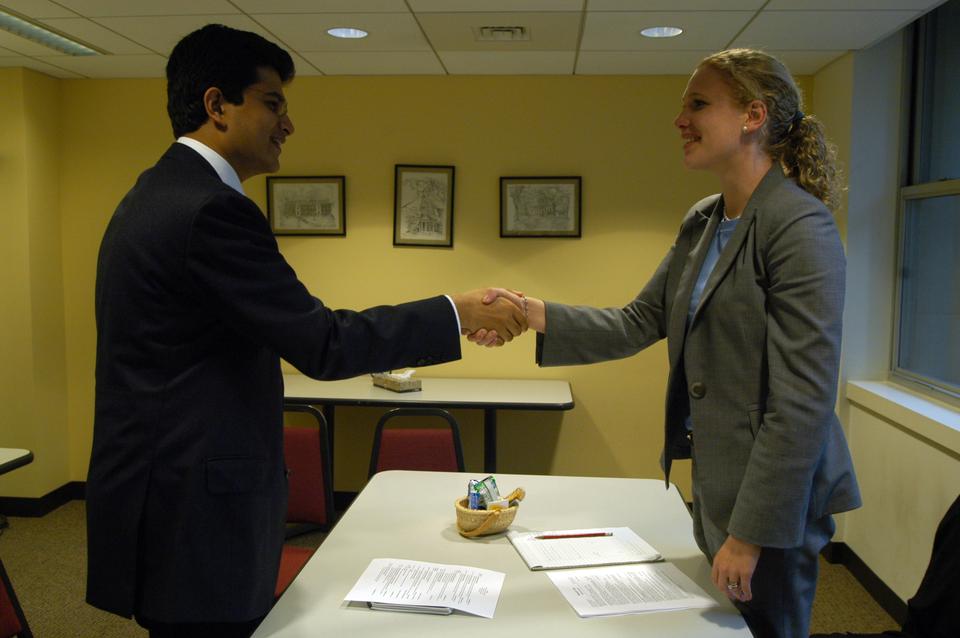 To protect the author's privacy, the Admissions Blog has granted her anonymity for this series. Read Part I, Part II, Part III and Part IV.

Almost immediately after I submitted my early decision application to Brown, I got my interview notification. I’d be meeting up with a recent graduate, now a PhD student in ethnomusicology, at a local coffee shop. “How Brown!” I thought to myself as I prepared my go-to interview outfit: black slacks, leather boots, and a patterned cardigan over a white t-shirt. For good luck, I’d wear a necklace my friend got me in China. Though I knew it was only a tiny component of my application package, I tried to have a successful interview, though I was pretty nervous. Was I supposed to order coffee? I wasn’t a big fan of coffee! But if I didn’t order coffee, what would I do with my hands? Getting a muffin would be childish. In the end I settled on getting black coffee—ultra-sophisticated!—and drinking it with feigned enthusiasm.

Interview questions were no surprise, based on what I’d been told to expect: Why did I want to go to Brown? What could I contribute to campus? What did I like to do with my spare time? What was a formative experience I’d had, an obstacle I’d overcome, an interesting sight I’d seen? I left the interview feeling relatively self-assured. I had no benchmark to compare the interview against, but I hoped I’d represented myself well. I hadn’t spilled coffee on myself, at least.

I continued to work on my applications, doing supplemental essays for nearly every school. I narrowed my choices down (thought not by much). My safety schools were George Washington University, Boston University, and Brandeis. My mid level schools were Tufts, WashU, and Wesleyan. My overly ambitious list of reach schools came out to Harvard, Yale, Columbia, Brown, Penn, and Amherst.

Before I knew it, early decision results were out for Brown. I received the disappointing news—deferral—with as much grace as I could muster. I hadn’t been rejected! Anything could happen between now and April! As 2009 turned into 2010, I sent in the last of my applications. Winter break ended, and along with a new term at school came the rest of my college interviews.

I started off with Wesleyan. Similar to Brown, my interviewer was a recent graduate and we met for coffee. I was immediately taken with the school—and him. He looked like a less-greasy Robert Pattinson with a prognathic jaw, and we established an immediate rapport. We lived in the same neighborhood, had attended the same Grizzly Bear concert a few months before, and shared a lot of other interests. It was an easy and relaxing interview, where I felt completely at ease asking all about his undergraduate experience at Wesleyan and fielding any questions he asked me. I left feeling much more enthused about Wesleyan as a school and more confident in my interview abilities going forward.

Not every interview went this smoothly, though. I nervously walked into my Yale interview at an optometry/opthamology practice a few weeks later. I was immediately thrown for a loop when I greeted my stern-looking middle-aged interviewer; I reached out for a handshake before realizing, seconds too late, that she was missing her right arm. I tried to cover my mistake while simultaneously processing that she was a one-armed eye surgeon. I was distracted by this thought for the rest of the interview, which was really unfortunate, because that woman could interview. I was asked challenging question after question, harder and more intellectually stimulating than any I’d encountered in previous interviews. I hoped my responses made some sense; I was making up half my answers, wildly guessing at what she might expect for these whip-smart questions. I left feeling invigorated but nervous; I couldn’t have been the best student she’d interviewed, but I knew I’d had a very unique and engaging interview experience nonetheless.

Most of the rest of my interviews went reasonably well. None blew me away like Wesleyan nor challenged me as deeply as Yale, but I felt I’d made an adequately favorable impression in each one nonetheless. My Harvard interview alone could be classified as a pure disaster. I was interviewed by an old man. He was clearly distracted throughout the interview and asked me maybe two questions about myself and spent the rest of his time talking about his life. For an hour. Making no impression is better than making a bad impression, I told myself, but I knew I hadn’t had a good interview. The news got worse a few months later: mere weeks before Harvard was to announce acceptances, they realized they didn’t have an interview on file for me. My interviewer had simply forgotten to submit a report and was now too busy with work to bother. I rushed into the admissions office for a last-minute interview with Harvard’s senior admissions officer, hoping this wouldn’t count against me, and praying for interview season to finally end.

At last it did. And all I had to do was wait.

The sixth installment of the College Campaign of 2010 is here. Read it now.