The College Campaign of 2010: Decisions Time 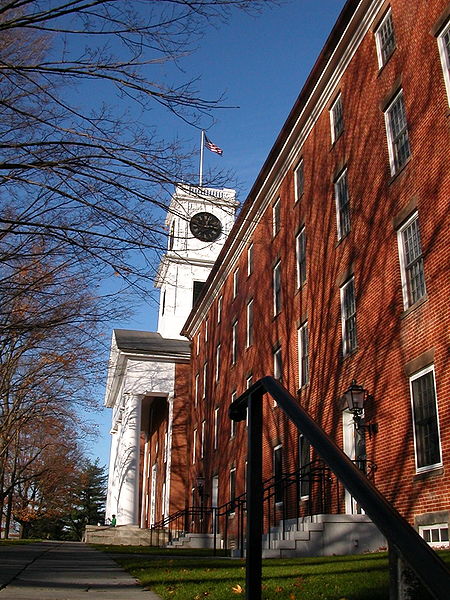 To protect the author's privacy, the Admissions Blog has granted her anonymity for this series. Read Part I, Part II, Part III, Part IV, and Part V.

As I waited to hear back from schools, I developed elaborate college preference rankings in my mind. “Brown’s okay,” I said to myself, “but is it really, truly my first choice? Maybe I’d be better off at Yale.” So it went, my mind spinning elaborate illusions in which I had to choose between all six of my reach schools. How would I ever pick?

As March moved towards April, acceptance letters began to trickle in. First up was WashU in mid-March. I’d just visited the weekend before and had never expected to hear from any schools so soon. I was nearly crying as I opened the envelope—no email notification here! It was a perfectly unexpected surprise on a Friday afternoon at the end of a long week at school. Over the next two weeks, I heard back from a growing list of schools: yeses from Brandeis, BU, and GWU (all with merit scholarships) and more acceptances from Tufts and Wesleyan. So far, so good: My mid-levels and safeties were perfectly on target.

Then came April 1st. Two of my best friends—one a junior, and one already admitted early-decision to her first-choice college—had offered to sit with me as I received my news at 5 p.m. We went biking in the local park that afternoon, which proved a better choice, by far, than lying around waiting. My stomach was doing somersaults, but the invigorating spring air did me a world of good.

We returned, showered, and sat down at my computer for judgment day. Amherst: waitlisted. Columbia: rejected. Yale: rejected. Brown: rejected. Harvard: waitlisted. My UPenn online login wasn’t working. Maybe there was still hope! I was on the phone with their admissions office, trying to get into the student portal. But by 5:30, the news was absolute: rejected from UPenn. I wasn’t crying. I accepted everything as calmly as I could. My friends seemed nervous: this wasn’t what I’d expected, and not what they had, either. I called my mom, my voice flat, just the facts. I’d process later. April 1 was always going to be either a great day or an awful one. Planning ahead, I’d bought Vampire Weekend concert tickets for that night with a friend, knowing that I’d either want to celebrate or be distracted from disappointment.

I bid goodbye to my friends at my house, hopped on a train downtown, and met up with my other friend at the concert. I tried to be an enthusiastic companion, but I was so upset I could barely muster any excitement. “Vampire Weekend met at Columbia,” I said morosely, “and now I’ll never go there. Never.”

My friend hadn’t had the greatest April 1 herself, but I selfishly plowed on. “Now my only options are Wesleyan or WashU! I can’t believe this happened.” She reasonably tried to tell me that those were great schools, but I was having none of it. I stared at the band in misery. Ivy dreams dashed, future ruined, I moaned. I spoiled the concert for both of us, wallowing in my privileged disappointment.

This mood was only to persist over the next few weeks. Stay tuned for the next installment, in which I inflict my long-suffering mother with my persistent Debbie Downer attitude.