How Course Registration at Harvard Differs from at Other Schools 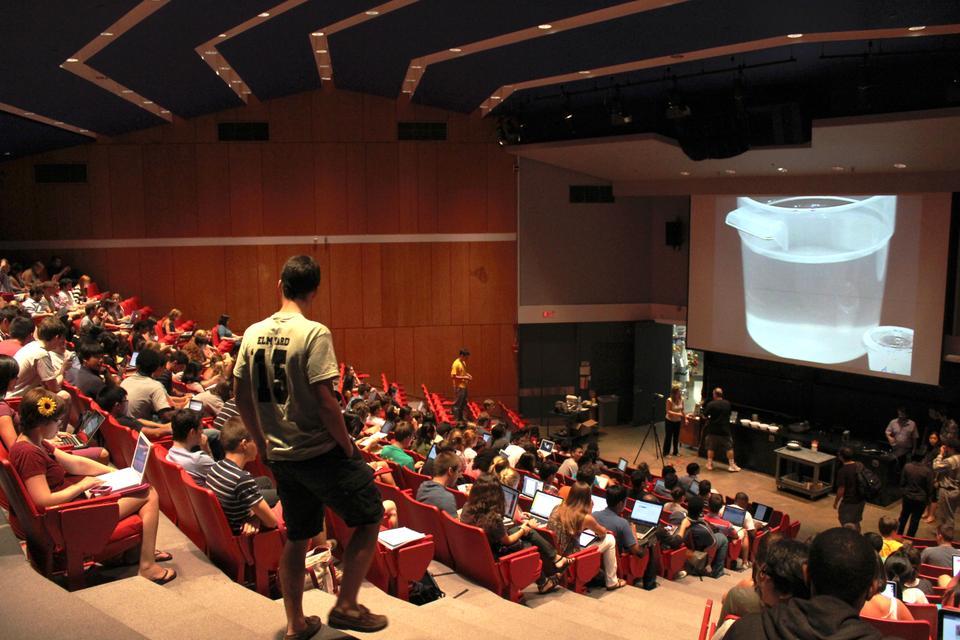 Harvard students are no strangers to sitting cross-legged on the floor of a crowded lecture hall floor during the first week of school. Chair space is limited, people stumble out early to catch another class, and professors attempt to eyeball how many students will actually enroll in their courses by the end of the week.

This hectic period, known as “Shopping Week,” is the price many Harvard undergraduates pay to ensure that they ultimately enroll in their most desirable courses. The week allows students to attend classes, listen to lectures, and get an overall feel for specific courses before officially enrolling.

“Shopping week may have some problems, but I think it’s a lot better than the alternative,” said Harvard sophomore Joe Hall. “I wouldn’t like having to sign up for my courses based on just information from people—I like to actually get in there and see the classes before I commit.”

Harvard is not the only institution employing a shopping period. Yale dabbles with a similar system spanning the course of two weeks. The administration recently experienced backlash from students who often criticized the time frame for its “uncertainty,” according to the Yale Daily News. Variants of Shopping Week extend course registration time for students, but sometimes this extra breathing room can increase stress levels rather than diminishing them.

“[Shopping week] is achieving its purpose in that you’re shopping multiple classes, but it also means you’re doing the work for multiple classes for that whole week,” Hall said. “That adds an extra burden during that time.”

So what is the alternative method of course registration? Most schools across the country require students to register for classes prior to the start of the semester.

At Columbia University, registration for the Fall 2013 term occurred the week of April 15, while Princeton usually offers registration in the spring for the fall semester as well. Universities that use this early registration technique almost always allow an add/drop period.

After transferring from the University of Virginia to Harvard this fall, sophomore Adrian Horton commented on the differences between the classic early registration at UVA and the shopping period type methods of Harvard and Yale.

“UVA was a challenge because you have to pick your classes months ahead of time, and there’s very little feedback or a good way to evaluate the classes you choose,” Horton said. “Plus, most people change their minds in the months before classes start. Class shopping is way more flexible and helps you make better decisions. It’s perfect for indecisive people like me.”

Indecisiveness, however, may plague the avid learner who cannot choose between hundreds of available classes during shopping week.

“This year I shopped 10 different classes,” said Harvard sophomore Dani Feffer. “You have to make some cuts. Sometimes it’s better not knowing all of your options because it makes decision making that much harder.”