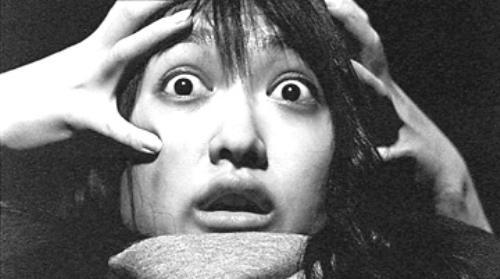 Citing a lack of fantasy and sci-fi film screenings in the Northeast, two Harvard Square movie buffs are bringing a week of nightmare cinema to the Brattle.
By Jackeline Montalvo, Contributing Writer

Ned Hinkle, co-director of the reputably ‘indie’ Brattle Theatre, and Steven Schneider, who has edited numerous books dedicated to the horror genre, are teaming up to undo what they say is a conspicuous lack of fantasy film festivals on the East Coast.

Starting tonight, the Brattle will launch the Boston Fantastic Film Festival, where science fiction and fantasy will share the screen with horror flicks and so-called ‘cult’ films,.

While these kinds of festivals, which screen movies from genres such as science fiction, horror and fantasy, abound in Europe and in California, not one has been designated a spot on New England soil.

“The whole purpose of the Brattle in general is to allow people an opportunity to see films that they wouldn’t otherwise get a chance to see, and see them in the way they were meant to be seen: in the context of a theater, projected on-screen, with an audience, popcorn, the whole nine yards,” says Hinkle, his back framed by the eclectic selection of movie posters that cover the walls of his office.

Settling into The Brattle as the theater’s program director about three years ago, Hinkle has the most influence of anyone on staff regarding what gets into the theater’s lineup. Armed with the desire to create a fantasy film festival modeled after the ones circulating throughout Europe, Hinkle contacted Schneider to share his idea, well aware of the film guru’s reputation as an authority on horror cinema.

At the time, Schneider was touring the country publicizing the book Fear Without Frontiers, which he edited, and working on a proposal to establish a world-class, international horror film festival. The opportunity to work with the Brattle was very appealing, says Schneider, who is a Ph.D. candidate at Harvard in the Philosophy department.

“It turned out to be a really good coming together of people who have a real interest in doing this,” he remarks.

The success of any film festival boils down to the selection of the films themselves. This particular festival showcases films that many might be dubiously overlooked as B-movie material, but actually possess both artistic and commercial value, its organizers say. Both Hinkle and Schneider also purposely chose movies from a wide array of countries, including Japan, France and Australia, to provide viewers with a glimpse into the ways that genres are constructed and interpreted in each region.

“Steven and myself looked at what was out there and went after films that we were interested in, that we had seen, or that other people had recommended to us. We kind of chased down films,” Hinkle adds with a chuckle.

Topping Hinkle’s list of favorites for the festival are Ju-On: The Grudge, a Japanese horror film that shares similarities with The Ring, and Love Object, and an American independent feature that he describes as “a disturbed love story.”

In Love Object, a man in love with a co-worker orders a life-like sex doll that bears an uncanny resemblance to his co-worker, therefore ridding himself of the anxiety that prevents him from fostering a relationship with her. The twist is that the doll develops a persona of her own and becomes jealous of her real-life counterpart, making it unclear whether or not the entire affair is simply a fantasy.

At the top of Schneider’s list is In My Skin (Dans Ma Peau), a French film about a woman who becomes obsessed with a wound on her leg, propelling herself into a nightmare ruled by masochism and self-mutilation.

“I think it’s pretty remarkable,” Schneider says. “It’s a film that from the outside looks like it’s gotta be horror, but really it’s an intense psycho drama which has a lot of [eXistenZ director] David Cronenberg’s influences. ”

The festival will also include special screenings of Alien: The Director’s Cut, 1963’s The Haunting, and a new 35mm print of the original Texas Chainsaw Massacre.

“The trend to remake horror films has created a lot more interest in the originals,” Schneider says in reference to Massacre, which will be screening on the eve of its 2003 remake’s release.

Both Hinkle and Schneider say they wish to lengthen the duration of the festival in the future to two weeks from one, and also include more film makers and panel discussions.

“We have really high hopes for it this year and we’re looking to get the word out, let people know that these films are playing, and that they’re terrific, a lot of fun,” Schneider says. “I really think it’s going to be word of mouth this year.”

Fun is precisely what Visual and Environmental Studies film student Duncan A. Johnson ’05 says he appreciates about such a festival.

“You can’t really call yourself a film buff without knowing horror or sci-fi, so festivals like this are fun events that bring together experts and casual viewers for a chance to appreciate the magic of cinema,” Johnson says. He also suggests that the reason horror films are so attractive is because they allow people to “live vicariously through the killers and the victims.”

Schneider and Hinkle agree, and hope that this element will guarantee longevity to the festival.

“What all these films have in common is a departure from reality, ranging from the peculiar to the extreme, yet always in a highly entertaining manner,” Schneider says.

—The Boston Fantastic Film Festival will screen at the Brattle Theatre, 40 Brattle St, from today through October 23.