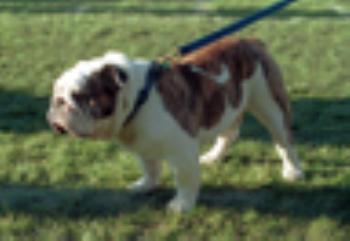 The Cult of Yale, Part II

Party at Woodbridge Hall The Leverett 80’s dance is a highlight of the Harvard social calendar for students wishing to
By Brian Feinstein, Adam P. Schneider, A. HAVEN Thompson, and Scoop A. Wasserstein

The Leverett 80’s dance is a highlight of the Harvard social calendar for students wishing to break out their legwarmers and blue eyeshadow. Yale’s annual Safety Dance, hosted by Silliman College, however, is the multi-platinum Madonna to Leverett’s Tiffany, the one-hit wonder.

Yale’s wide array of on-campus social events is due in no small part to the strong support of the administration. “On issues of student social life, [the Yale administration] takes its lead from the students,” says Betty Trachtenberg, Dean of Student Affairs at Yale. Through Yale’s residential college system, the Yale administration serves a large role in financing student social life. According to the Yale Herald, the administration provides each of its residential colleges with $8,000 specifically for parties and other student events. This amount can be augmented up to $30,000 from each college’s private endowment at the discretion of the college master.

These sizeable party funds help to promote the hosting of open parties by removing some of the financial burden from individual students. Students organizing room parties appeal directly to their college council for funding. “If you have a decent proposal, you have a good chance of getting several hundred dollars,” says junior Eliott C. Mogul, president of Yale’s College Council.

Beyond normal dorm room parties, most colleges have designated party suites, much like the Pfoho “Bell Tower” or the Currier “Ten Man.” Unlike the party suites at Harvard, Yale provides specific party budgets to these suites through its colleges. In exchange for the financial support of the Branford College Council, the residents of the “God Quad” party suite are expected “to put on a good party at least once a month,” says Steven Smith, a professor of political science and Branford’s master.

Yale also recognizes that the party doesn’t really get started until you work up a good buzz. Enforcement of underage drinking on campus is lax—the residential colleges and the administration see alcohol consumption primarily as a safety issue, not a disciplinary one. “I’m not a policeman,” says Smith.

William H. Sledge, a psychiatry professor and master of Calhoun College, echoes Smith’s sentiments. “I don’t go looking for [alcohol],” says Sledge. Sledge says he will, when necessary, “gently remind” students who pose risks to themselves and others of Connecticut’s liquor laws.

The Yale administration’s tolerance extends through the gates of Old Campus, which is home to most of Yale’s freshmen. First-year Yalies not only have the opportunity to reap the benefits of residential college parties, but they can party in their rooms without much fear of being busted by a proctor or having to report to their freshman dean.

Though Yale’s official alcohol policy is consistent with state law, many students claim its unofficial policy is not. In terms of official policy, the Yale Administration “[does not] permit parties of over 20 students in freshman dorms” according to Trachtenberg. Many freshmen who spoke to FM weren’t even aware that alcohol is technically banned from Yale’s Old Campus. One freshman recounted the alcohol policy on Old Campus as only banning kegs for “fear of explosions.”

If it’s a cold keg that a Yale freshman wants, there are plenty of opportunities just off campus within Yale’s Greek system. Unlike Harvard, Yale’s fraternities can be officially recognized by the university and thus are eligible to receive funding from the Yale College Council. “[Fraternities] play a limited, but a really good role in campus social life,” says Mogul. According to Mogul, this is primarily due to the fact that “their events last later into the night.” Ultimately, the Yale administration’s recognition of campus fraternities helps to foster a popular addition to Yale’s social scene.

“Socially, [the administration] is very supportive,” says Mogul. The administration’s broad support of student life has enabled the College Council to pursue an ambitious agenda. Each year with the backing of the administration, the Council hosts Spring Fling, attracting big-name bands such as Wilco, Nappy Roots, Ben Harper and Wyclef Jean.

While the Yale administration takes a proxy approach to the promotion of social life, its involvement is a vastly important one. Specifically, their financial support of student life within the residential colleges shows a firm commitment to student happiness.

Buzzkill on the Charles

At first glance, it seems that improving social life is hardly a priority for Harvard administrators. University President Lawrence H. Summers, whose MIT undergraduate experience was defined by scholarly pursuits, has announced his commitment to placing greater emphasis on life within the classroom. Dean of the Faculty William C. Kirby offered a united front with Summers when he told a group of Harvard students last September, “You are here to work, and your business here is to learn.”

While Massachusetts Hall may be sending one message to the public, administrators closer to undergraduate life claim to have different priorities, more in line with student demands. “Student activity and social life is absolutely a priority of mine,” says Dean of the College Benedict H. Gross ’71. “I want people to have exciting courses and I want them to have exciting things to do outside the classroom.”

In the early days of his tenure, Gross seems to be making good on his commitment. Since assuming the reins of the College administration in July, Gross has presided over a number of new student social life initiatives. Two weeks ago, Associate Dean of the College Judith H. Kidd changed the rules governing the College’s $25,000 Student Activities Fund. By restricting the funds to use in larger proposals, the College expects fewer applicants and more money for house dances and campus-wide events.

Dean Gross has also been considering a number of policies meant to address the lack of social space. Developing late-night coffee shops, reexamining the uses of Loker Commons and configuring space in the renovated Malkin Athletic Center (MAC) have all been offered as long-term solutions to the dearth of campus social options. However, at the top of Gross’s to-do list is the conversion of Hilles Library’s upper floors for use as a student center. “We have this great opportunity in Hilles to develop new student social space,” Gross says. “We’re looking to see if Hilles can be used as a combination of athletic space, social space and study space.”

Nevertheless, it is precisely proposals such as the Hilles initiative that raise undergraduates’ doubts about how strong the administration’s commitments to the quality of student life truly are. Many view a student center in the Quad, well-removed from the true center of campus, as a half-hearted solution to a serious campus-wide problem, aimed more at cost-efficiency than improving student life. As UC President Rohit Chopra ’04 told FM earlier in the year, “the Quad...lacks the critical mass to make space efficient.”

Aside from concerns over the College’s commitment to social life issues, the College administration has been criticized for its bureaucracy. As head of the UC Campus Life committee, Jack P. McCambridge ’06 has found the administration to be extremely decentralized, a sentiment shared by many other campus leaders. “As opposed to trying to help in the planning process,” explains McCambridge, “[the administration] just creates an unnecessary number of hurdles.” As a result, the UC has to devote a considerable amount of time to getting permits and submitting proposals to numerous branches of the University administration. “We don’t have a full time staff of people who can run around and get permitting done,” says McCambridge.

However, just as the College has taken strides to address student space concerns, Gross has not been entirely blind to the problem of excessive bureaucracy. The College has hired an Assistant Dean of Student Life to develop a more efficient, web-based application process for student events. Vesting a single entity with the power to approve event proposals might offer an even more effective resolution. “In an ideal system,” says McCambridge, “you would have an office of student activities. If you submit a plan, it goes to that office, everything gets done and you get word back.” Though centralization might be the most effective way of getting rid of the bureaucratic morass, it may also be the least feasible precisely because it removes control from certain areas of the administration eager to maintain their oversight.

While the College has paid lip service to concerns over both student space and bureaucracy, the recurring issue of late-night party curfews remains largely unexamined. “We recognize that students at 1 o’clock probably feel that they’re not ready to give it up and go home,” says Associate Dean of the College Thomas A. Dingman ’67, “but... I don’t know that we’re headed anywhere.” Although Gross has made overtures to the Cambridge City Council to extend party hours, development plans in the Riverside neighborhood remain tangled up in the city zoning board, and he seems careful to press the issue. With regard to Hilles, Gross expressed similar reservations. “Of course, we have to respect the concerns of the neighborhood as we design this.”

Though Gross has thus far offered up a decidedly mixed bag of fresh initiatives and classic administrative inertia, there is just cause for future concern. No matter how well conceived or implemented, any effort that Gross undertakes to improve social life stands to be undermined by the revolutionary shifts in academic culture being proposed in Mass. Hall. A state-of-the-art student center in Hilles, a streamlined event approval process and an end to party curfews would add little value to student life if increased academic burdens keep students from making use of them.

Despite the seeming trade-offs between improving student life and boosting academic commitments, Dean Gross has been charged by Mass. Hall with doing both. How Gross chooses to balance his competing duties will largely determine the fate of the Harvard social scene. It is perhaps revealing that Gross regards the ongoing curricular review, spearheaded by President Summers and Dean Kirby, as his “top priority.” For better or worse, Gross appears to be the life of the party, now it all depends on how late he’s willing to call it a night.

It was a Yalie of sorts, Montgomery C. Burns, who argued that his fellow Elis should just “let Harvard keep its football and academics [because] Yale will always be first in gentlemanly club life.” Could it be true? Might there be some ground, on any issue, that Harvard should cede to Yale in the debate over which is the greater university? In all fairness, there are some ways in which Yale has it easy. With affordable local real estate and an accomodating city police force, students have a natural supplement to the on-campus social scene. Harvard’s high-end neighborhood with its high-priced real estate, however, seems all the more reason for Harvard to invest in on-campus social options for its students.

Some might even say that Yale is forced to make such social concessions to give itself a competitive advantage that can help close the gap in the admissions game with its arch-rival. Whatever its motivation for so doing, Yale places a priority on supporting its college system, and social life more broadly, and students are better off because of it. Harvard, on the other hand, seems all too aware of just how many quality of life sacrifices students are willing to accept in order to get their Harvard diploma.

The flip-side to this argument is, of course, that Harvard students will be rewarded for their hard time in Cambridge with the singular Harvard diploma. Would it be asking too much to not only be able to love the name on your diploma but the experiences behind it? The administration seems to think so. But isn’t wanting it all part of what makes us Harvard students?