Gates To Spend Year In Princeton 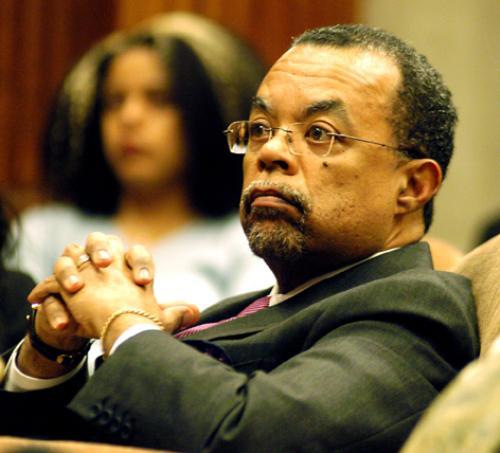 Chair of the Department of Afro-American Studies HENRY LOUIS "SKIP" GATES JR. will spend his leave of absence next year at the Institute for Advanced Study in Princeton, N.J.
By Ben A. Black, Crimson Staff Writer

Chair of the Department of Afro-American Studies Henry Louis “Skip” Gates Jr. will be spending next year at the Institute for Advanced Study (IAS) in Princeton, N.J.

Though Gates’ leave of absence does not come as a surprise—the scholar announced in December that he was planning a sabbatical—it will take him away from Cambridge in the midst of his department’s major rebuilding efforts.

Gates also considered an offer from Princeton, but turned down the opportunity to jum[ ship this Dec., citing a desire to “remain behind to maintain stability as the department attempts to rebuild.”

The chair has worked hard since then to shore up his department’s faculty.

One such appointment has already been made, said Tishman and Diker Professor of Sociology and of Afro-American Studies Lawrence D. Bobo, who will serve as acting chair in Gates’ absence according to information posted on the registrar’s website last night.

Considerable work remains, however, according to Gates’ colleagues.

“Some of the hires haven’t been going as well as expected, partly because some of the senior people we’ve been trying to get are settled where they are,” said Assistant Professor of Afro-American Studies Glenda R. Carpio. “But we’re committed to rebuilding. It’s framed as a chance to do something wonderful, rather than as a consolation.”

Gates’ department is also currently poised for a broadening of focus.

Pending a vote of the full Faculty at its next meeting, the department will change its name to the Department of African and African-American Studies. And next fall it will likely add an undergraduate concentration track in African Studies to its offerings. This transformation, Gates says, has long been on his agenda and is an integral part of his rebuilding efforts.

Bobo said Gates would continue to be involved with the department during his leave.

“I would hope that we don’t end up consuming too much of his time on leave, but I have no doubt he’ll be involved,” Bobo said.

According to Carpio, both Gates’ assistant and his office will remain at his disposal in the department.

“The major changes, any hires or departures, he would definitely be involved with,” Carpio said. “There are a lot of ways in which he’ll be physically gone but part and parcel of the department, as always.”

IAS, while officially unaffiliated with Princeton, is only a few miles away from the university’s campus and enjoys “close, collaborative ties” with the school, according to a statement on its website.

Colleagues in Afro-American Studies suggested IAS’ close proximity to Appiah and West may have been a major factor in Gates’ decision to spend a year there.

“I think he misses his colleagues,” Carpio said. “He’s very close to Professor Appiah. He calls him his best friend often. I’m sure that they’ll spend some time together.”

Gates, who is currently in Ghana, could not be reached for comment.

“Skip is long overdue for a sabbatical,” Bobo said. “He’s essentially been in the saddle for 12 years, which is an unusually long time before taking a break.”

Both Bobo and Carpio said they were sure Gates would return to Cambridge after next year.

“I have absolutely no worries on that front,” Bobo said. “He is committed to remaining at Harvard, committed to building the new African and African-American Studies here, and I have no doubts at all about his certainty of returning.”

Carpio, who arrived in the department this year after being recruited by Gates, said that while she would miss him, she understood the need for his absence.

“I can deal with him being gone for a year,” Carpio said. “Forever, that’s another thing.”

“This is obviously an important time for the department, and a multi-layered set of transitions is underway,” Bobo said. “Skip is substantially and squarely involved in all of this.”

Carpio also said there might be some silver linings to Gates’ absence.

A spokesperson at the institute confirmed yesterday that Gates would be spending next year there as visiting faculty, but declined to comment on the specifics of his appointment.

IAS has no undergraduate or graduate students, freeing faculty for research, similar to Harvard’s own Radcliffe Institute for Advanced Study. Its first faculty member was Albert Einstein.

According to Carpio, Gates will likely be working on a book during his time onthe scenic New Jersey campus.

“He never published his dissertation, and he wants to go back to some of the things he dealt with then,” Carpio said.

“It’s been a raucous number of years: expecting bad news, going through bad news, then rebuilding,” she said. “He’s really looking forward to some time for his scholarship.”

—Staff Writer Ben A. Black can be reached at bblack@fas.harvard.edu.