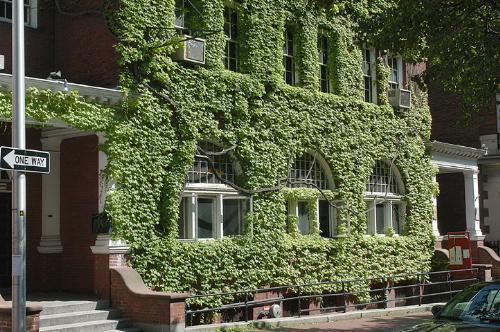 The ivy-covered Hasty Pudding on Holyoke Street will need to undergo $100,000 worth of fire-safety upgrades before Cambridge authorities will allow the student theater space to open its doors again.
By Laura L. Krug, Crimson Staff Writer

College officials decided last week to approve an expensive regimen of safety upgrades to the Hasty Pudding building, after local fire authorities deemed it unsafe in a recent inspection and said no further activity will be permitted inside until repairs are done.

“With 120 people dead so far this year, everybody, myself included, feels a lot of responsibility to make sure things are good,” Symonds said.

That’s just a temporary bill—$25 million worth of major renovations to the building are planned, a project that’s been postponed several times since Harvard bought the dilapidated structure from the Hasty Pudding Theatricals in 2000. Though fundraising for that project—designed to turn it into a full-fledged theater space for Harvard’s thespians—is still in its early stages, construction is tentatively set to begin next spring, after one more Pudding show.

But this set of interim repairs must be done in order to enable that one show to happen.

The work will include replacing the foam in all the seats with fire-proof padding, installing a modern fire curtain and doing minor touch-ups on the electrical and drainage systems, according to Symonds.

“These renovations are going to start as soon as possible so we can use the Pudding this year,” Gross said, “and I don’t think the interim renovations will stop any activity in the building.”

He said the fire-safety modifications would take about 12 weeks to complete.

And Symonds said that since rehearsals for the Pudding show don’t generally begin until after the January examination period, he doesn’t foresee any interruption to the show’s schedule.

“The principle is, we want the place to be safe,” he said. “The safety [of] the environment, with all of the problems in assembly spaces recently, is being watched very closely by everybody.”

He added that he does not think the Pudding building has presented a danger to those that have worked, performed and been spectators inside it in past years.

“When we get to the major renovation project, the hundred grand now won’t seem like a lot of money,” he said. “It’s not a big building, but doing major renovations in the middle of Harvard Square gets extremely expensive. Just for example, there’s no place on the site where you can put a truck.”

Some say the $100,000 expenditure could have been avoided, however, had plans for the major surgery on the building gone forward more quickly.

“This is the cost of not planning for the renovation to start this academic year,” said Undergraduate Council President Rohit Chopra. “It’s unfortunate that $100,000 is going to be spent and then be torn down.”

But Chopra said it did bode well for the longer-term Pudding renovations.

“What it does signal is at least there’s finally going to be action on this project which has mostly just been going nowhere and being very secretive,” he said. “I hope it will help in fundraising efforts for the major renovation and I certainly hope it goes forward next year.”