Two New Grads To Face Off In Miss America Pageant 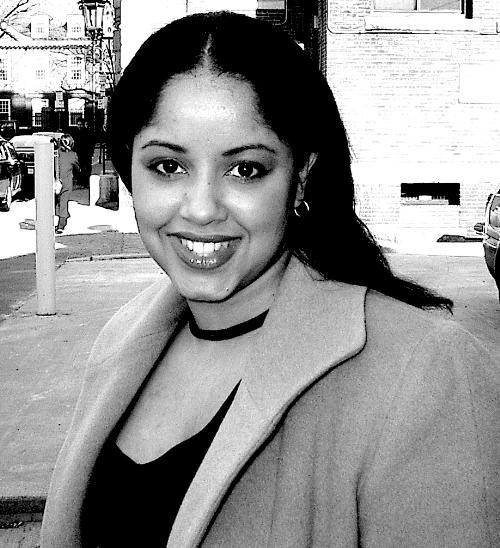 Two members of the Class of 2003 will square off in Atlantic City, N.J., this September, hoping their beauty, brains and charm will help them beat out the 49 other young women seeking the Miss America title.

Nancy A. Redd ’03 of Martinsville, Va. swept the Miss Virginia pageant last week, earning her a place on the stage alongside Laurie B. Gray ’03, who was crowned Miss Rhode Island in April.

The pair hope to follow in the footsteps of current Miss America Erika Harold, who will enter Harvard Law School in the fall.

Redd’s quest for the crown—and her reign as Miss Virginia—began at 11:30 p.m. last Saturday, after four days of interviewing, strutting and tickling the ivories on stage.

In the speech portion of the competition, Redd told judges of her experiences with the 4-H club and previewed a year’s worth of work that she will undertake to promote the youth group.

Redd has been a 4-H national spokesperson since she donated to the group more than half of the $250,000 she won as a contestant on ABC’s “Who Wants to be a Millionaire?” in 2001.

Now that she’s won another appearance on national television, Redd said she has been the subject of “one celebration after another,” adding that “everyone’s really excited, it’s a huge honor.”

Besides the chance to compete in September, the Miss Virginia crown netted Redd a $16,000 scholarship, a paid apartment for a year, a new cell phone and laptop, pearls and diamond earrings.

The crown is only the latest in a series of accolades for Redd, ranging from a book deal—she co-authored Princeton Review’s The Girls’ Guide to the SAT—to an appearance in Glamour magazine’s “Top 10 College Women” spread.

But Redd won’t have much time to revel in her latest victory. She says she has to begin preparing for the national competition.

“I have to get so much together to compete,” Redd said, adding that she has not yet had time to unpack her boxes from college.

And her duties as Miss Virginia will begin almost immediately with her first speech this Saturday.

“Once I get some sleep, I’m looking forward to everything,” Redd said.

According to Michelle Kang, resident tutor in Currier House and Miss Virginia 1996, the job of a state pageant winner is threefold.

“You’re a spokesperson for an issue you care deeply about, you’re a role model for young women and children and you’re an advocate for something you believe strongly in,” Kang said. “It’s all rolled up to be a really exciting job.”

And in Virginia, it’s also a full-time job.

“You have to put everything on hold, whether it’s job or school,” Kang said.

Kang heard of Redd’s victory in Martinsville and invited her for tea to give her a veteran’s perspective on the competition. She described Redd as a “spectacular young woman.”

Excitement around the pageant is running high, according to Redd.

“I’m very grateful to have the opportunity to represent my state,” she said. “I never thought I could do it.”