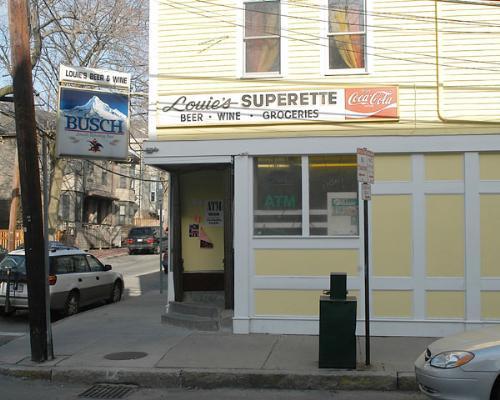 Louie’s Superette, a popular convenience store near Mather House, was robbed last Monday. The assailants made off with $100 after owner Cheng-San Chen was knocked unconscious, Chen said.
By Evan M. Vittor, Contributing Writer

The owner of Louie’s Superette, the popular convenience store near Mather House, was robbed last Monday night by two assailants who appeared to be armed with a handgun.

Cheng-San Chen, the owner of Louie’s, described the suspects as black males, approximately 5’8 tall and of average build, between the ages of 15 and 18, both wearing black ski masks and black outfits.

Chen said that the first assailant ran into the store at about 8:30 p.m., pointed a large pistol at his head and demanded that he open the cash register.

There were no customers in the store at the time of the robbery, and Chen said he was behind the counter doing paperwork.

Chen said the first robber emptied the cash register of about $100, when a second armed assailant entered the store, pointed at the lottery ticket machine and told him to open it.

Chen said he told the two men that it was a lottery machine with no money, and then the first suspect struck him in the head with the barrel of his gun about 15 to 20 times.

“When they hit me, I thought a bullet went through my brain, and I thought, ‘Oh my god, I have died,’” Chen said. “While they were hitting me, I pressed the emergency button.”

Chen has an emergency button behind his counter to alert the police.

Chen said he does not remember what happened in the minutes immediately following the blows to his head.

“Probably I lost consciousness. I don’t remember what was going on,” Chen said.

“I thought to myself, ‘Oh geez, I am still alive. They didn’t kill me,’” Chen said. “Then I went outside to see what direction they went.”

Chen said several bystanders outside reported that there was a third man who was driving the getaway vehicle. Chen said the vehicle sped away before he could see it.

Chen said that he found what appeared to be the barrel of the gun and a spring lying on the floor of the store after the robbery, but Chen said he was unsure whether the gun was fake.

Cambridge Police Department (CPD) spokesperson Frank T. Pasquarello said that there was no way of knowing whether or not the gun was real and that the robbery investigation is ongoing. He added that Chen needed no medical attention despite the blows to the head.

Joseph K. Costello IV ’03-’04, who visited the store about an hour after the robbery—after the police had left, but prior to the arrival of a team of specialists who collected the evidence—said the pieces of the gun on the floor appeared not to belong to an actual firearm.

“The barrel was lying on the ground and there was a spring on the ground. It looked like it was a toy gun or a pellet gun,” Costello said. “It definitely appeared to be fake.”

Monday’s incident marked the second time this year that Chen has been robbed by an armed assailant. The first robbery occurred during winter break, on Friday, Jan. 2.

Chen did not know of any suspects having been apprehended yet in connection with the first robbery, but he said he did not think the January suspect was one of the two men who held him up on Monday night.

“These people were taller than the January person, but maybe they belong to the same group,” Chen said.

Pasquarello said that it was unclear whether this robbery was connected at all to the January robbery.

This has been a difficult year for Chen who, in addition to the armed robberies, was caught selling alcohol to four underage Harvard students by a CPD officer on Feb. 4.

Although Chen will not serve any jail time for the offense, the Cambridge Licensing Commission decided on March 17 to suspend his liquor license for 12 days.

Chen said he will serve the 12-day suspension during the first two weeks of June.

When asked if he plans to close the store permanently after his troubles, Chen said he did not yet know.

“I have to sit back and see what’s going on,” Chen said. “Too many things have happened in three months.”

But Chen did say that he will increase store security by keeping his door locked from the outside after dark.

“I won’t let everybody come into the store, only those I feel comfortable with,” Chen said. “I hope the students understand.”

Costello said that locking the door was a necessary measure given the dangerous area.

“It’s a pretty good idea. If he is in there alone, then he has to let you in,” rather than people entering at will, Costello said.

After the January robbery, Pasquarello said, there have been additional CPD officers patrolling the area since the superette was robbed in January. But he added that it is still difficult to prevent such crimes.

Chen said he would not keep a gun in the store to protect himself.

Chen said both of his grown children have urged him to close the store, since he is financially secure.

“They figure I don’t need this kind of trouble. They think that I have had enough,” Chen said. “But I like Harvard students. That is why I stay.”