Epic Shows War ‘Through the Eyes of a Child’ 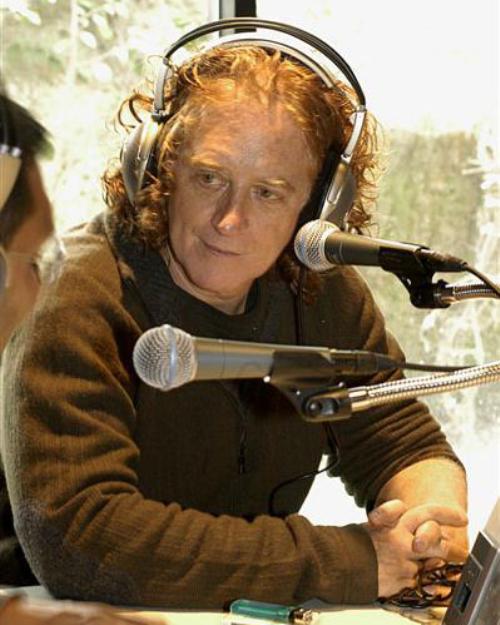 Late in the film “Innocent Voices,” the 12-year-old main character waits on his knees to be executed by U.S.-trained government soldiers. Just before our young hero is shot, the country’s leftist guerillas attack and the boy is saved.

Before that happens, though, a soldier shoots another boy in the back of the head, and the camera lingers on him as he falls forward, breaking film conventions against showing violence against children on-screen.

“Innocent Voices,” Mexico’s official submission for the Best Foreign Language Film Oscar, is built on the experiences of its co-writer, Oscar Torres, from his childhood during El Salvador’s 1980-1992 civil war. Torres lived through these events, and wrote from the perspective of his 12-year-old self.

“The night before we shot [the execution scene], I was doing the shot list in my room,” says director Luis Mandoki in an interview with The Harvard Crimson. Mandoki helped Torres turn his draft into a completed screenplay. “I woke him up, and said, ‘please tell me this didn’t happen,’ and I saw his eyes welling up with tears.”

No one doubts, of course, that events like this one did happen. The war killed 75,000 people, many of them child soldiers abducted and forced to fight by either the government or the guerillas.

Oscar Torres is a small, soft-spoken man—he is 33, but has a sensitive, almost childlike intensity. After the war, he escaped to America, and went to film school, where he began acting and writing screenplays about his experiences in El Salvador. While acting in an AT&T commercial, he handed the director, Luis Mandoki, the script that would become “Innocent Voices.”

The 12-year-old Torres, nicknamed “Chava” in the film, is played by Carlos Padilla in a remarkable acting debut. He’s a parallel of the title character in Francois Truffaut’s “The Wild Child,” with his mussed hair, small lanky frame, and piercing eyes. Like the boy of that classic film, he swings his limbs in happiness and flashes his teeth in anger, expressing each emotion to its extreme.

Still, says Torres, that energy made him a force of nature who was sometimes difficult to restrain. The film’s first wardrobe person had a nervous breakdown and quit the film after working with Carlos.

He does, however, have a sensitivity that sticks in the viewer’s mind, and he’s utterly convincing as a child coping with grotesquely adult circumstances.

In one scene, Chava picks up a rifle to defend his family from the government soldiers. Aiming at a nearby gunman, he’s about to shoot when the target removes his helmet, revealing a boy only a year or two older than Chava himself. Chava flees. True or not, the scene seems a bit contrived, except for the genuine shock and horror on Chava’s face.

As it turns out, Carlos’s look of shock is genuine. Without telling him, Mandoki dressed the actor’s older brother in fatigues and put him in the scene as Chava’s target. Expecting to see an extra, Carlos instead found his brother in his sights.

According to producer Lawrence Bender, it took a heated argument with Mandoki to get Torres to discuss his reluctance to pick up a gun.

Bender says, “Oscar said [to me], ‘I’ve felt ashamed all my life about it.’ Because these people killed his friends. He’s carried the guilt [of,] at 12 years old, not doing something to fight.”

STICKING TO THE STORY

For Bender, the producer who discovered Quentin Tarantino and has produced all of that director’s films, “Innocent Voices” was a sharp change of pace.

“It’s harder to promote complexity and interesting characters than it is to promote characters like Spider Man, who’s stopping the bad guys with a $40 million advertising budget behind him,” Bender says.

But while the issues are important to him, Bender says he was attracted to the strength of the movie’s story.

“I made the mistake of making a movie a few years ago, “White Man’s Burden,” with…John Travolta, that asked what if America was Afrocentric-based instead of Eurocentric. We spent so much time exploring the issue that the story suffered.”

This explains the aspect of “Innocent Voices” that is most likely to irritate those interested in the Salvadoran civil war: the film never explains why the combatants are fighting in the first place. Instead, it keeps a close focus on Chava and his family.

Meanwhile, Torres is still writing, working on three new screenplays. One is the story of a guerilla Salvadoran radio station; another is about the 1981 massacre at El Mozote, in which government troops rounded up and executed 900 members of a remote Salvadoran village.

“I’ll be interested in anything that Oscar does,” says Bender.

Torres says that his ultimate dream is to start El Salvador’s first movie production house. In the meantime, though, he appears to have the support of one of Hollywood’s more powerful producers, and, if all goes well, that of the arthouse theater crowd as well.

—Staff writer Michael A. Mohammed can be reached at mohammed@fas..harvardharvard.edu.