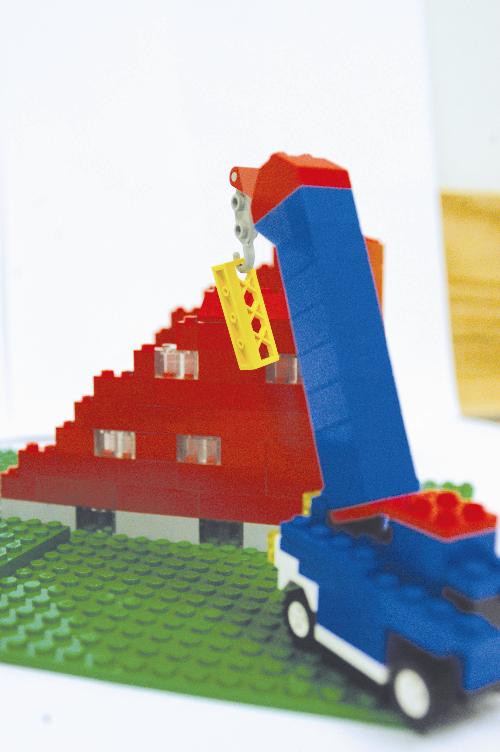 During their senior year, the University launched a major physical expansion project that would produce 33 new buildings and 86 major renovations within the next decade.

The University was then making do with seven Houses for its total undergraduate enrollment, which hovered around 4430 in the mid-fifties. For the first time since the founding of the House system in 1928, the College saw the return of seniors to the Yard and freshmen to outside the Yard’s gates, as overflow housing sent upperclassmen to Wigglesworth and first-years to newly-purchased apartments on Prescott St. in the fall of 1956.

The space crunch that afflicted the University also forced the Admissions Office to cut the Class of 1960, admitted in the spring of 1956, by 200 students.

In a number of public speeches, Pusey stressed the need to expand the University’s infrastructure to accommodate the current number of enrolled students and also outlined a vision for a larger campus that would enable the College to admit even more applicants.

Pusey laid the groundwork for the physical expansion of the University in a speech to the Associated Harvard Clubs, a group of alumni, in the spring of 1956. Calling the speech the “most serious and important” of his presidency up to that point, Pusey declared that Harvard needed $40 million—the equivalent of $287.5 million today—to meet the “building needs” of just those currently enrolled at the University.

Pusey’s remarks came only one year after the publication of an Overseers’ report that advocated the expansion of the College—both in infrastructure and undergraduate enrollment—in response to the rising number of applicants.

“It will not do to say that Harvard College will concentrate on quality of education as a problem separate from large numbers,” the report said. “Such a decision would simply withdraw Harvard from the main educational problem of our time: how to present a high quality of education to unheard-of numbers of able students.”

The vision for an expanded campus that Pusey outlined in 1956 included a health services facility, more classrooms, a behavioral sciences building, and three new undergraduate Houses to be built in the following decade.

In the past, “money was spent on people and not on buildings, but such a policy cannot be continued indefinitely,” Pusey told the alums.

The University opened debate on the issue of enrollment expansion in the spring of 1956. Led by Pusey, public discussions emphasized the need to expand the College in response to growth in the number of University-bound students across the country.

According to the U.S. Department of Education, college enrollment across the nation rose from 1.5 million to 2.6 million between 1940 and 1950.

During one Harvard-wide public discussion, J. Petterson Elder, then-Dean of the Graduate School of Arts and Sciences, urged College administrators to prepare for even more growth. At the time, Elder cited figures which indicated that by 1970 the number of college students would increase from 2.7 million to 6.4 million. The real figure exceeded even that estimation, with college enrollment reaching 7.3 million in 1970.

With the national population rising steadily, Pusey said, there were more and more qualified students applying to the College.

“Harvard may not be able to take any of them” because of its housing situation, he stated.

A housing shortage was already causing problems at the College. Due to the overcrowding in the Yard and the Houses, 172 freshmen were not given a specific room assignment in 1955. In 1956, 13 freshmen fell into this “unassigned” category, but in 1957, the number rose to 67. In all three years, students were eventually given College housing, though space at the Business School had to be utilized in 1955.

“Approximately 1200 more students live in the existing facilities than they were built to accommodate,” Pusey told an annual meeting of Associated Harvard Clubs in the spring of 1956. The College “urgently” needed additional Houses, he said.

In response, the University acquired two apartment houses, renamed Greenough and Hurlbut Halls, and a small Victorian house on Prescott St. The following year, approximately 200 undergrads moved to the apartment buildings and 17 freshmen to the house in the University’s largest attempt to relieve serious overcrowding in the Houses and Yard.

Irving S. K. Chin, then a second-year at Harvard Law School, was a popular proctor in the new buildings, which came to be known as the Union dorms. Chin said the freshmen had “adjusted pretty well,” and he praised the dorm for being “as close to a fraternity type of arrangement as you can get.”

A group of student government representatives examining Lamont opening hours recommended that the library’s hours of operation be extended because the “noise and overcrowding” of the dorms made studying in rooms difficult, according to The Crimson.

And in the fall of 1955, overcrowding in Briggs and Moors Halls forced two Radcliffe student government representatives to resign because they were forced to commute from their homes in nearby Boston suburbs.

A ROOM WITH A VIEW

Despite the adjustments being made in the Houses, the Overseers’ 1955 report said that the crowding did not seem to bother undergraduates.

“We are aware of the official opinion that the Houses are overcrowded and that an important element of ‘gracious living’ has disappeared on that account,” the report stated. “But we must report that on this score the undergraduates appear a good deal less concerned than the faculty.”

A biting editorial in The Crimson in October of 1955 strongly disagreed with the Overseers’ assessment of students’ level of comfort, however.

“There are several possible reasons that the Committee did not find ‘concerned’ undergraduates in the Houses. One is that many of these undergraduates were not there at the time: they were out eating in restaurants because they couldn’t get into the House dining room. Another is that many upperclassmen, who know ‘gracious living’ only as a sardonic commentary on the present situation in the Houses, have no idea of what it’s like to have a room of their own in which to sleep and study. Having never had this experience, students can hardly be ‘concerned’ about missing it.”

Some alums, however, did not remember any overcrowding during their time at Harvard.

Jacob C. Landau ’56 describes his suite in Winthrop House as a “very nice spacious place with a fireplace and a view of the Charles.”

“People seemed to just take it as that’s what went on for the last 50 years and we’ll put up with it,” Landau says.

“I don’t recall any particular crowding in classrooms or dining halls or anywhere else,” John T. Lane ’56 recalls. “We were more interested in other things than how much elbow room we had.”

Although Pusey told the meeting of Associated Harvard Clubs that the Chemistry Department had outgrown its facilities, Warren Kantrowitz ’56 did not recall overcrowding in the chemistry lab. “Everyone had plenty of lab space,” he says. “I don’t remember having to share beyond a comfortable level in any work that I did.”

“I was only interested in two things: graduating and basketball,” Kantrowitz adds. “I certainly was not one who found any problem with the facilities at Harvard at that time.”

Donald D. Breed ’56 says that though a number of seniors moved off campus for their last year during that time, it was due more to avoid parietal rules than overcrowding.

“At that time, it was very circumscribed when women could come and visit and they had to be signed in and signed out,” Breed says. “Consequently, people looked forward to living off campus so they wouldn’t have those rules to contend with.”

The vision that Pusey articulated in 1956 resulted in construction that allowed the University to increase its enrollment from roughly 1,150 per class in the mid-fifties to about 1,600 two decade later.

In 1959, the University opened Quincy House, the first House built since the original seven river Houses in the 1930s. Radcliffe’s North and South dormitories, now known as Pforzheimer and Cabot, respectively, were converted to Houses in 1961.

Construction on the tenth house, Mather, was scheduled to begin in 1963, but it took the University an additional four years to buy out the parcels of land required to begin construction.

The College intended to use the extra space afforded by Quincy to diminish overcrowding and to devote the other two Houses to increasing the number of admitted students.

The largest single construction effort the University had undertaken to date was also built during this period. The 20-story William James Hall opened in 1963 as home to the departments of Social Relations and Psychology.

The rapid construction meant that the face of Harvard underwent striking changes during this expansion.

“The assertive modernism of the new buildings at Harvard (and other universities) celebrated the booming present and the promising future, not the storied past,” Morton and Phyllis Keller wrote in their book, “Making Harvard Modern.”

“Harvard became a showcase of the works of leading contemporary architects...The results were (and are) frequently criticized as ugly, dehumanized, at war with instead of building on Harvard’s architectural past. But the contemporaneity, style, and spirit of the new buildings also won them wide acceptance.”

Despite the overcrowding, some alums expressed nostalgia for Harvard’s older, neo-Georgian style, with its ivy-covered bricks. “I would have rather been a freshman and upperclassman in the Houses with nice pseudo-Georgian atmospheres than in a campus that looks like a moonscape at the University of Texas,” Landau says.

Invoking the architecture maxim that “form follows function,” Landau says, “The function is not to produce a freak show of architecture. The function here is to give people a feeling of the history and tradition of Harvard architecture.”

—Staff writer Johannah S. Cornblatt can be reached at jcornbl@fas.harvard.edu.