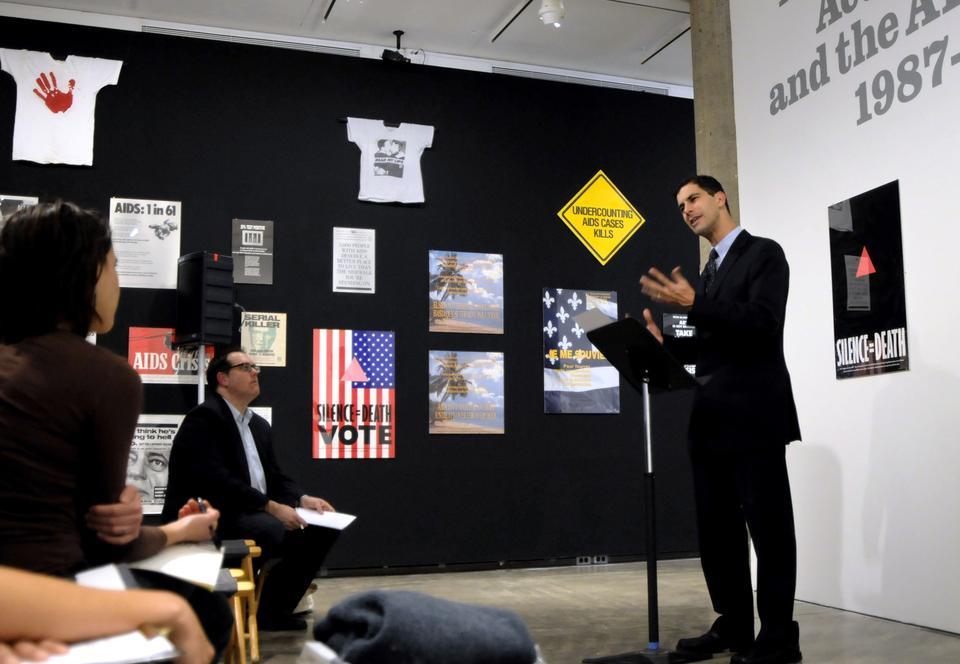 Jarrett T. Barrios ’90, president of the Gay & Lesbian Alliance Against Defamation, criticized what he regarded as pervasive homophobia in a lecture yesterday at the Carpenter Center for the Visual Arts.

Barrios, the first openly gay person elected to both the Mass. House of Representatives and State Senate, drew from his personal experiences fighting homophobia as evidence of existing bigotry.

“We need protective laws and an understanding community,” Barrios said, addressing a gathering of two dozen at the event held at an AIDS activism visual media exhibition. “Right now, not all of us feel comfortable enough to come out.”

Barrios recounted his efforts to “integrate” straight bars while a student at Georgetown University’s law school by encouraging his gay peers to go to local straight bars in large groups.

“I couldn’t just go to a bar and feel comfortable dancing with my boyfriend,” Barrios said. “[But] I was always the kid who didn’t know to be afraid of the tiger.”

Barrios also related his experience fielding questions from his constituents over his sexual orientation during his time in the Mass. state legislature.

“I just happen to be gay,” Barrios said, adding that his sexual orientation did not affect his job as a state legislator.

Pointing to both this experience and CBS’s recent censoring of Adam Lambert’s kissing another male at the American Music Awards, Barrios argued that America is still far from curbing homophobia.

“When you have the CBS morning news blurring two gay men kissing,” Barrios said, “I think that shows we’re still a very far way from removing any sort of discrimination.”

But Barrios ended with a note of hope for the future.

“The person who called me a ‘fag’ at the homecoming dance on high school just ‘friended’ me on Facebook,” Barrios said. “I want to accept—I want him to see how I’m living my life.”

An earlier version of the Dec. 4 news article "Barrios Speaks on Anti-Homophobia Activism" incorrectly stated that Jarrett T. Barrios ’90 and Douglas J. Hattaway were married at Boston’s Cathedral of the Holy Cross. In fact, the two were married at the First Parish in Cambridge Unitarian Universalist Church.

The article also incorrectly quoted Barrios as calling his marriage an action that embolded and surprised the queer community.