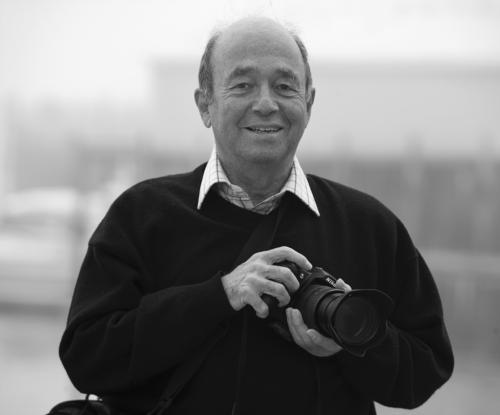 As Jeremiah P. Ostriker ’59 walked from Matthews Hall to the Freshman Union for breakfast, he would sprinkle radish seeds alongside the pathways of Harvard Yard. His freshman year roommate Ethan D. Bolker ’59 said that Ostriker—now a Princeton professor and noted astrophysicist—was curious to see if the plants would grow. Sure enough, when the grass began to blossom in the spring of 1956, it was dotted with radishes.

“He’s always had a sense of humor about him,” said his daughter Eve C. Ostriker ’87.

Ostriker—who worked as Princeton’s provost from 1995 to 2001—has since shown that he is a self-teacher who friends say is both curious and adventurous in his academic and personal lives.

The son of a teacher and a businessman, Ostriker was born and raised in Manhattan. He attended the Fieldston School, but said that in both high school and college he learned more from reading on his own than he did from most of his courses.

“I probably got more out of sports in high school than I did out of classes,” Ostriker said.

At Harvard, Ostriker studied physics and chemistry, and his high school classmate and Kirkland House roommate Robert H. Socolow ’59 said Ostriker “wasn’t a guy who had a telescope and spent hours looking at the stars.”

Ostriker said that his most memorable class was not a science course, but a class on poetry with modernist poet Archibald MacLeish. He said he enjoyed the chance to figure out what questions to ask about the poems, a challenge he didn’t find in his science classes.

In addition to his studies, Ostriker said he had “quite a bit of fun” in college, and Socolow remembered that empty vodka bottles lined the mantle in the room he shared with Ostriker and Robert B. Strassler ’59. Socolow, who is also currently a professor at Princeton, called his long-time friend “adventurous and intense.”

He recalled one instance in which Ostriker tried to walk across the barely-frozen Charles River.

Bolker remembered that Ostriker rode a Vespa back to school from New York City after their freshman summer.

Ostriker also used his Vespa to travel to Brandeis to visit his future wife, Alicia Suskin Ostriker. Ostriker was still an undergraduate when the couple was married by a Justice of the Peace in Somerville, Mass. in November 1959.

After leaving Harvard, Ostriker earned his doctorate from the University of Chicago then spent a year as a post-doc at Cambridge University. While at Cambridge, Ostriker worked with the likes of theoretical physicist Stephen Hawking and current president of the Royal Society Martin Rees.

“I said to my wife, ‘Gee they all seem very clever over here, but I subsequently realized that it was a very special time,” Ostriker said.

From Cambridge he moved to Princeton University, where he spent 16 years as the chairman of the Department of Astrophysical Sciences. Ostriker is particularly noted for his research on dark matter, the hypothetical matter whose presence can be inferred from gravitational effects on visible matter.

Ostriker’s daughter remembered that her father was always very excited about his work and said that he loved working with students.

During the years Ostriker served as Princeton’s provost, he oversaw the University’s push to reduce student loans, an achievement he took pride in, according to both Socolow and Ostriker’s daughter.

After stepping down from his post in 2001 upon Shirley M. Tilghman’s selection as Princeton’s president, Ostriker returned to Cambridge University to assume the prestigious position of the Plumian Professor of Astronomy and Experimental Philosophy.

He returned to Princeton in 2005, and last year was elected the treasurer of the National Academy of Sciences.