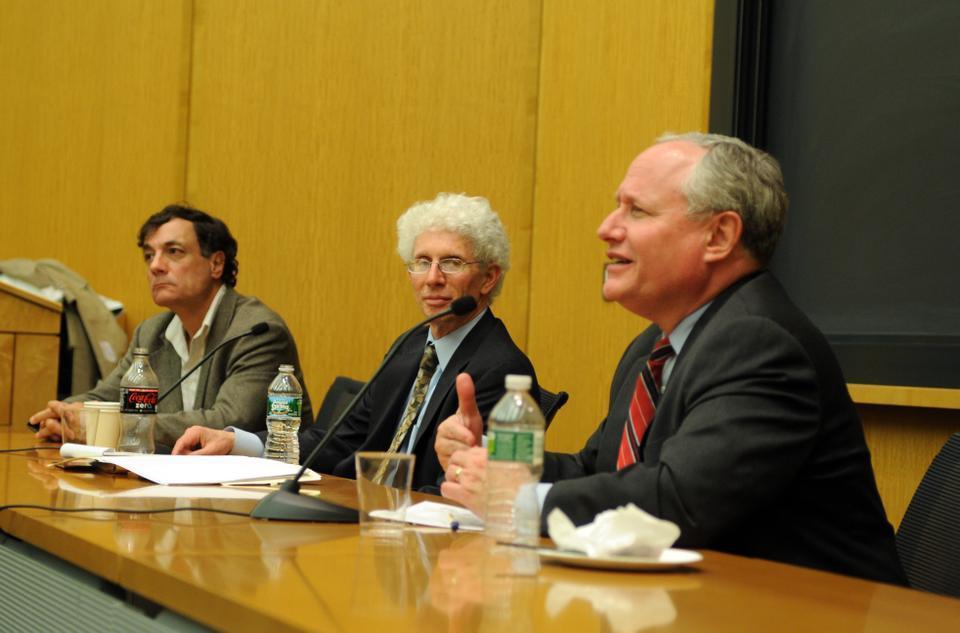 The Center for American Political Studies teamed with the Program on Constitutional Government yesterday to provide a day-after analysis on the most recent midterm election.

Following the conservative resurgence in Tuesday’s election, the largest midterm gain for either party since 1938, the event generated interest from both sides of the political divide.

Government professor Harvey C. Mansfield ’53 served as moderator for the discussion, which he said fostered an “opportunity for differing perspectives and for discussion that may not normally occur.”

In the exchange, Galston emphasized the historical importance of the recent partisan shift, noting the influence of the “Tea Party insurgency” in the House of Representatives, but also said that the further success of the Republicans Party is contingent on the strategic steps President Barack Obama takes in response.

Galston also warned that Congressional gridlock could potentially contribute to a dangerous stagnation in society.

“Americans, for a century or more, have been accustomed to believe time is on our side and history is our friend, but what if this is true no more?” he said.

Hailing the conservative victory, Kristol called the results a “great moment for America.”

He added that the new balance of power  is part of the natural cycling inherent in the political arena.Repeatedly, he lent his approval to new House Majority Leader John Boehner, pointing out that Republicans now have the power to pass House legislation and kill Senate bills.

While Kristol lauded the Republican “win for the white working class,” he also agreed with Galston, cautioning that “conservatives would be unwise to underestimate the President and his Democrats.”