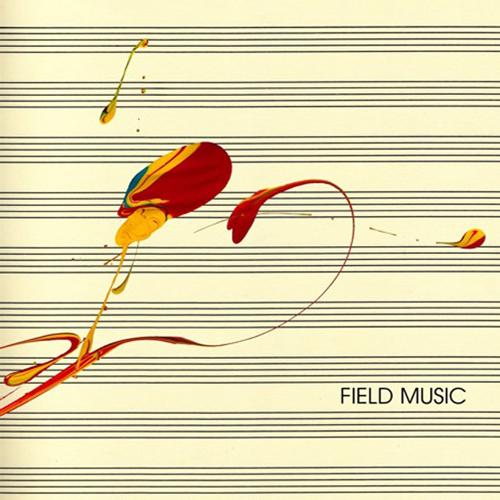 Field Music is a band striving for reinvention. After a self-imposed three-year hiatus, the group has returned with new members and a new sound for their latest album, “Field Music (Measure).” Afraid of boxing themselves into an indie pop corner, Field Music has taken their new record as an opportunity to explore a wider range of style and sound. While the effort to diversify certainly helps develop a degree of ingenuity and surprise, the album’s almost schizophrenic nature is at times confusing and strangely unsatisfying, despite its undeniable musical complexity.

With the 2005 release of their self-titled debut album, Sunderland, England’s Field Music instantly drew comparisons to their townmates the Futureheads, as well as bands from further afield like the New Pornographers. That record’s success was piggybacked by the group’s sophomore effort, “Tones of Town,” in 2007. Characterized by their harmonic arrangements and melodic, hooky arrangements, Field Music gained early praise as having the potential to become one of the decade’s best indie pop bands.

After keyboardist Andrew Moore left the band, the remaining members, brothers Peter and David Brewis, were joined by Kevin Dosdale and Ian Black to record the group’s third album. This change in personnel may be the cause of this record’s shift from the group’s earlier work. Angry, angsty, and attempting to avoid categorization, “Measure” is a 20 track album defined as heavily by its amorphous style and musical outbursts as its invention or ingenuity.

The attempt to incorporate new sounds and avoid being pigeonholed as an indie pop band can be seen from the album’s very beginning. “In the Mirror” opens the album with heavy synth overlays which compete with a clear melody and upbeat harmonies. The song’s defining musical conflict—between rock and indie pop—is exemplary of a trend that pervades the album. Fittingly, and perhaps with a twist of irony, the song whines, “I wish I could change and make new rules / And love myself better.”

“Measure”, the album’s fourth track, incorporates a hefty string section into a complex, upbeat and rhythmic song, whose simple, harmonic vocal arrangements seem to channel the Beach Boys. Choppy strings and a prevalent rhythm section give the track a uniquely clean and peppy feel, making it one of the album’s most enjoyable tracks.

By contrast, “First Comes the Wish,” the album’s 15th track, is defined by heavy guitar riffs, haunting vocals, and synthesized bells. It marks a stark departure from the upbeat but restrained music that defined Field Music’s earlier career, while standing out from the rest of the album with its rock-oriented directness.

In yet another vein, the down-tempo, almost ballad-like “Curves of the Needle” surprises listeners with its dark, powerful, and harmonic vocal arrangements and simple keyboard parts. The generally morose feel—“Oh, to be young again / To be loved again”—is occasionally energized by spurts of heavy rock where the song’s emotion truly bursts out. The album’s most striking song, its intensity provides a peak for the album’s emotional span.

The record concludes with the overlong but fittingly detailed “It’s About Time.” Here, the strings, keyboard, guitar, and vocals all blend together to form a suitably dramatic ending to an eclectic album, although it’s questionable whether the song really needs ten minutes to achieve this.

Though “Measure” is full of complex, catchy tracks, each offering a slightly different twist on an old indie pop sound, as a whole the album falls short in its inability to unite such disparate songs into a satisfying record. At over an hour in length, “Measure” struggles to remain cohesive. The band’s decision to explore and indulge all of their musical interests prevents Field Music from putting together what could have been a great record. Nevertheless, the group’s raw talent and invention will certainly identify and define the group amidst its indie pop peers.