University awards $100,000 in grants during ceremony at Allston Skating Rink 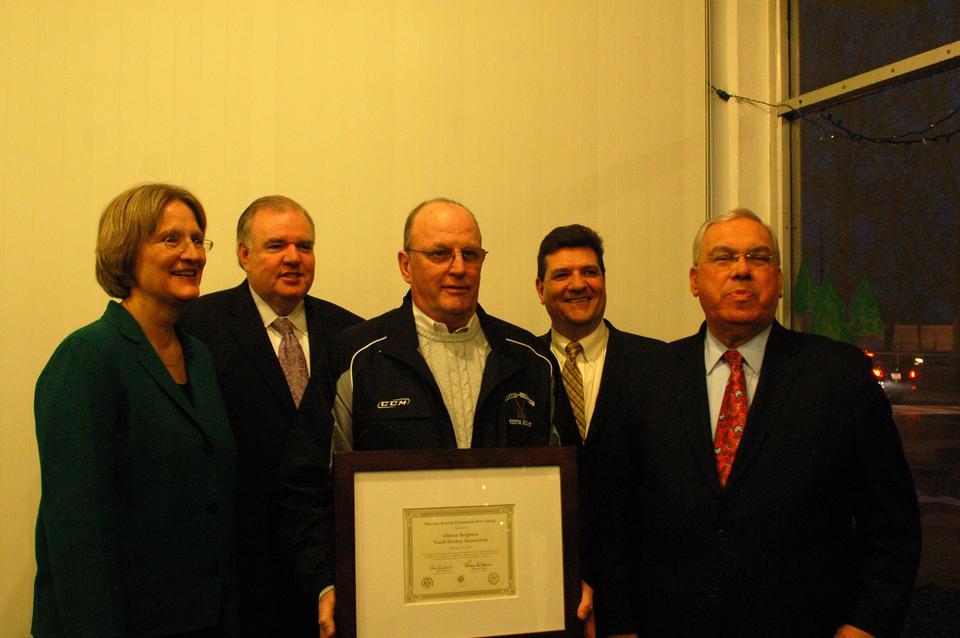 Harvard awarded $100,000 to nine non-profits and local organizations in the Allston-Brighton community on Friday in a ceremony at the Harvard Allston Skating Rink.

The money represents the second round of awards from the Harvard Allston Partnership Fund—a $500,000 fund endowed by Harvard, working in conjunction with the Boston Redevelopment Authority and the Allston community, as part of the University’s $25 million investment aimed at addressing local needs and improving the quality of life in the neighborhood.

The grants ranged from $4,500 to $25,000 and were selected by a committee composed of Allston residents, in addition to representatives of the Boston Mayor’s office and the BRA.

Committee member and Allston resident John A. Bruno said that the grants are a sign of Harvard’s efforts to be a good neighbor to Allston.

“It’s not come easy and it wasn’t always like that,” Bruno said. “We’ll continue to hold Harvard accountable for being a good neighbor.”

Boston Mayor Thomas M. Menino, who presented the grants along with University President Drew G. Faust, called the awards an indication of “Harvard stepping up to the plate” during trying economic times.

Faust said that she was “delighted” to be presenting the awards alongside Menino.

“On so many levels we are working together to make a difference in this community,” she said.

The recipients of the grants varied widely in scope and purpose, but the organizations were all selected for their “impact on our community and all of our children,” according to Bruno.

Some of the organizations will use the funds to supplement their current programs. The Fishing Academy, an organization that arranges group fishing outings for children, will use its $5,000 grant to make its services available to the neighborhood’s underprivileged youth, according to founder John D. Hoffman.

“With these funds they will be able to not just learn how to fish, but skills like teamwork, discipline, respect, and self-confidence,” Hoffman said.

Other organizations will use the grant money to undertake new endeavors. The Brighton Allston Historical Society and Heritage Museum are planning to use the $15,000 grant to “instill pride in the neighborhood” by constructing two outdoor historical installations in North Allston to create a “museum without walls,” according to board member Linda L. Mishkin.

Similarly, the Family Nurturing Center of Boston will use its $17,000 grant to fund a 15-week bilingual parenting program, which will “help parents get in touch with their parenting philosophy,” according to the center’s executive director Matt LiPuma.