Le Whif To Sell Around the World

Inhalable chocolate and coffee will launch nationwide and abroad 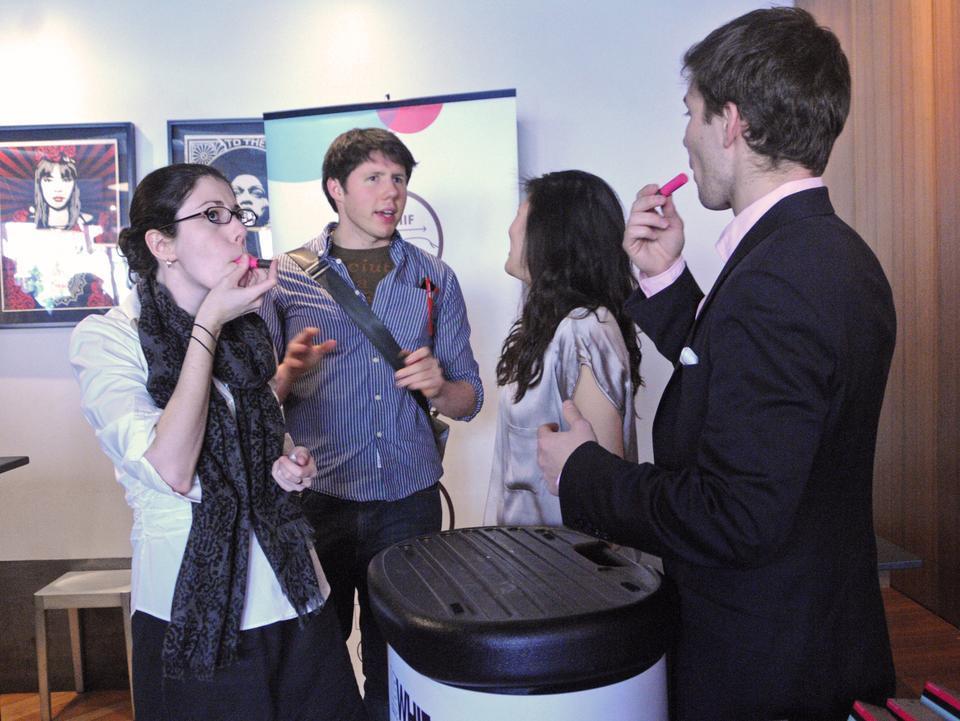 After a nine-month testing period, Le Whif—inhalable chocolate and coffee invented by Harvard biomedical engineering professor David A. Edwards—will launch its products in cities nationwide and abroad, including London and Tokyo.

In celebration of the official launch, a group of 30 Le Whif employees and fans gathered yesterday in Cambridge restaurant Tory Row to sample the newly released inhalable coffee lipstick-sized tubes—each of which contains the same amount of caffeine as one shot of espresso.

Le Whif—billed as “the taste of chocolate without the calories”—sold over 60,000 tubes of breathable chocolate over the past nine months, and the company will start producing roughly 100,000 tubes a week starting in April.

Thus far, the majority of the customer base consists of women between the ages of 18 and 40 who purchased the product online.

Guests who joined the festivities were also offered free samples of breathable mint and raspberry chocolate, but those who wished to try the new inhalable coffee had to go next door to Cardullo’s to purchase the tubes for $2 each.

Le Whif will host another launch party in New York today and will continue its tour across the country and overseas.

Le Whif products can be purchased at Cardullo’s in Harvard Square and online at www.lewhif.com.