Ad Board Grapples with Plagiarism

Part I in a IV Part Series 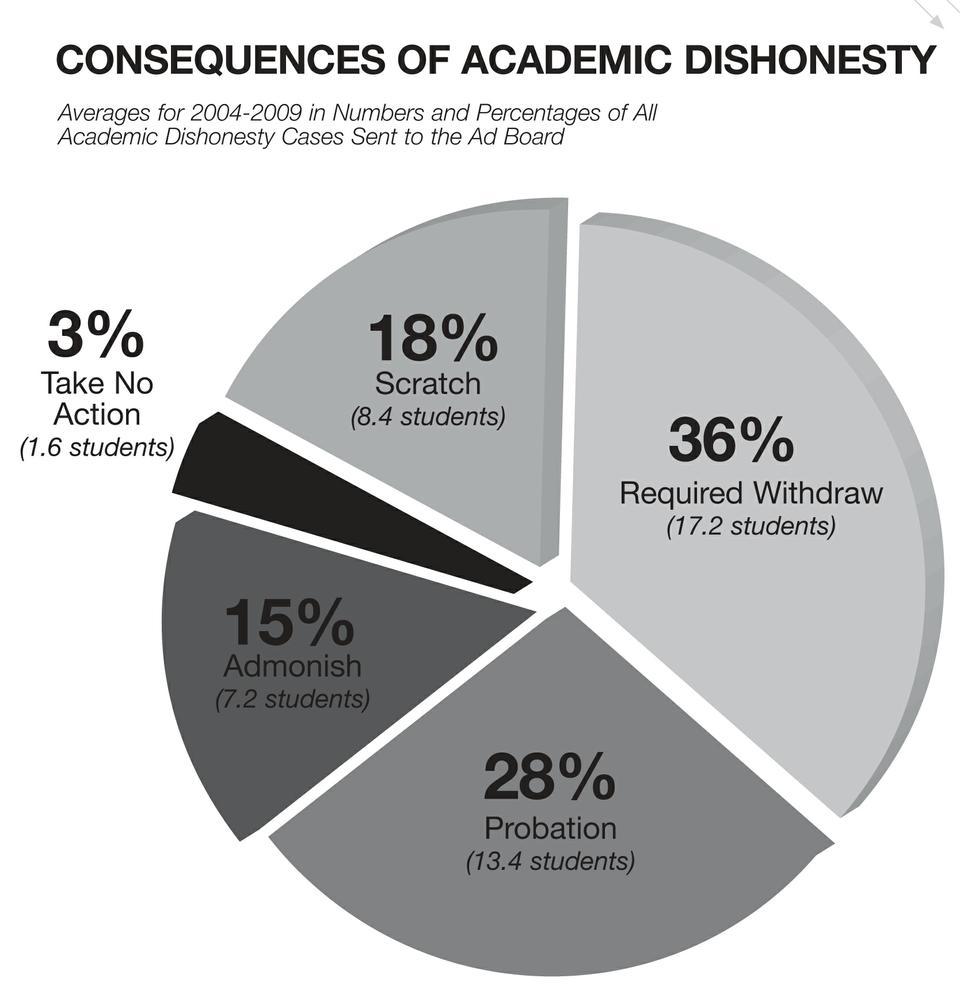 Thirty years ago, cheating required work. Students had to go to the stacks, pore over academic texts, and manually copy the information to plagiarize a paper.

But with the advent of smart phones and easy access to the Internet, technology has blurred the lines of what constitutes blatant academic dishonesty as opposed to improper attribution, for example.

As a result of the past decade’s technological advancements, cheating has become more difficult to identify and assess, and professors have grown increasingly reluctant to turn cases over to the Administrative Board—Harvard College’s disciplinary body—stating that the punitive measures are too inflexible.

In light of the growing disconnect between faculty and the Ad Board, some administrators worry that many cases of academic dishonesty are not reported or even identified.

“There’s ample reason to think we have a real problem,” says Dean of Undergraduate Education Jay M. Harris. “We certainly assume that the cases that are brought to the Ad Board are the tip of the iceberg.”

Administrators say they are taking preventative steps to improve how the College educates students about academic dishonesty, including reworking “Writing with Sources”—a text used in Expository Writing 20—and encouraging all departments to teach proper citation in sophomore tutorials.

“A lot of faculty just assume students know things that we’ve never actually taught them,” Harris says, such as appropriate forms of collaboration and citation.

Given the widespread dissatisfaction among faculty, administrators, and students, Dean of the College Evelynn M. Hammonds took steps to address the root of their complaints—the rigidity of the Ad Board’s process for handling cases of academic dishonesty.

Hammonds called on the Faculty of Arts and Sciences to create “a new process for adjudicating academic dishonesty cases that would expand the options for disciplinary sanctions,” as recommended in the Committee to Review the Administrative Board’s report released by Hammonds on March 10.

Pforzheimer House Resident Dean Lisa Boes—who, like all resident deans, sits on the Ad Board—says that from her experience, faculty members will sometimes choose to handle cases of academic dishonesty themselves as they feel the College’s disciplinary actions may be too severe.

These instances are “widespread,” Boes says, and College administrators worry that inconsistent handling of academic dishonesty cases is unfair and results in uneven outcomes.

“If somebody’s required to withdraw for a year, and somebody else gets a zero on one paper which gets averaged in with a bunch of things [and] you end up with a C in a class, that’s an enormous gap and that’s just not equitable,” Harris says.

Much of the faculty’s dissatisfaction comes from the limited range of responses the Ad Board is allowed to consider when hearing academic dishonesty cases.

Currently, the most common outcome in a case of academic dishonesty is “required withdrawal” for two semesters, with over one-third of cases in the past five years resulting in this decision, which mandates that students leave campus and find work.

Disciplinary probation—during which the College closely monitors student behavior—ranks next, with 28 percent of students in the last five years who went before the Ad Board receiving this decision.

The remaining options, none of which carry any serious repercussions, are “admonish,” “take no action,” and “scratch.”

David J. Malan ’99, who teaches the popular introductory course Computer Science 50, says he thinks that these existing Ad Board responses do not provide enough flexibility. For some cases of academic dishonesty, Malan says he thinks that removing a student from the course might be a more “proportional” response than requiring withdrawal.

When deciding whether to send a student to the Ad Board, many professors are cognizant of the most likely outcome—required withdrawal.

“There are times when [professors] may conclude—and we don’t know this, that’s the thing—that it is plagiarism, or it is inappropriate collaboration, and they just deal with it [themselves],” Harris says. “They’re not supposed to do that.”

Faculty and teaching staff would be encouraged to report every case to the Ad Board, as per current policy.

For students who have already faced formal charges in the past, the case would automatically be forwarded to the Ad Board for review.

For students who have not been previously reported for academic dishonesty, two courses of action are possible. If the student denies the charges, the student would be required to appear before the Ad Board. Otherwise, the Secretary of the Ad Board—currently John “Jay” L. Ellison—would meet with the course professor, who would determine whether the case should be sent to the Ad Board or handled with punishments such as mandatory tutoring, a course warning, or a graded penalty.

The proposed two-track solution could help ease faculty apprehensions about turning students over to the board, and administrators say the solution may provide more flexibility in handling cases. Members of the Ad Board have raised concerns that it can be difficult to administer disciplinary action proportional to the degree of infraction or address the nuances of individual cases given the limited options.

“The range of cases we see only seems to be getting larger, and the kinds of responses that feel fair are very wide-ranging,” said Adams House Resident Dean Sharon L. Howell. “There’s a kind of restrictiveness at the moment.”

One junior, who was required to withdraw from the College for two semesters in January for using verbatim and near-verbatim quotations in a paper draft without proper attribution, says she believes the punishment she received was too harsh.

“The punishment I got for doing something like that on a draft of a paper was pretty extreme because that’s the same punishment someone would have gotten if they had bought a paper online and used it for their final paper,” says the junior, who asked to remain anonymous in order to avoid the stigma associated with being forced to withdraw.

Even if the Faculty passes the committee’s recommendations this year, College administrators are looking to start broader conversations about the meaning of integrity and academic dishonesty at the College.

Harris adds that he expects to see the creation of a new committee to explore other issues relating to academic dishonesty, such as the implementation of an honor code.

“It’s a moment to really revisit the way in which we are instructing students about respect for intellectual property,” Harris says. “Some of the certitude surrounding intellectual property is breaking down, and scholarship cannot flourish in a world in which integrity is absent or diminished.”