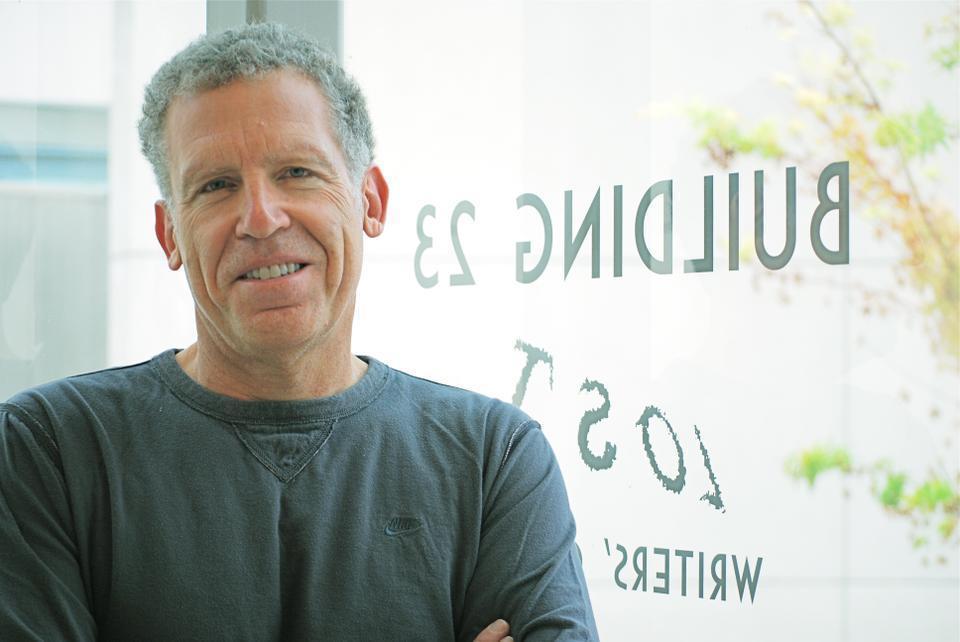 Executive Producer and writer for the hit show “Lost,” Carlton Cuse ’81 took a break from writing the show’s ...
By TOBIAS S. STEIN and Logan R. Ury

Executive Producer and writer for the hit show “Lost,” A. Carlton Cuse ’81 took a break from writing the show’s finale for an event almost as anxiously anticipated—his interview with FM. Cuse let us in on a few “Lost” secrets as we talked about making it in Hollywood, running Primal Scream, and locating Harvard’s Dharma Initiative station.

1. Fifteen Minutes: You graduated from Harvard in 1981. What did you want to do when you graduated? Did you know you wanted to be in television?

Carlton Cuse: I didn’t know at all I wanted to do TV. I thought I might go to law school. I might want to become a history professor. Then I met this guy who was a few years ahead of me. He was a young exec at a movie studio and he came back to Harvard with a few people involved with “Airplane.” They wanted to test it with a smart audience to help them time the jokes for the movie. I helped them set up a screening in Science Center B and I said to them, “How do I get into the business?” They said, facetiously, “make a movie.” I didn’t get that they were being facetious...

At Harvard I had spent most of my time doing heavyweight crew, so I made a documentary about it. I basically went to the crew coach, Harry Parker, who is still around, and said, “Can I get names of alumni to ask them for money to make the movie?” He said no, so I went into the boat house at night and copied the names of alumni down from the pictures there. I then went to the general directory, found their addresses, and sent them the letters. I also got money from the Office for the Arts, which I am a supporter of today. The grant gave me seed money to make this documentary and it instilled me with confidence that the project had validity. I made it in partnership with another student who was in my class. We sold it. I later got a job in L.A. as an assistant to the head of a movie studio.

2. FM: How did you first get involved with “Lost”?

CC: I fell in love with the material. I saw a rough cut of the pilot and a few scripts. This became one of the points in my life when I decided to pursue something based on passion, not money. I was working on the latest iteration of “Charlie’s Angels,” but it wasn’t anything I felt deeply about. “Lost” was something that fired every synapse in my brain. The cool thing was that at the time, nobody thought “Lost” was going to work, and this gave us freedom. We thought it would be 12 [episodes] and out. We said, “Let’s make the coolest 12 episodes of television that we can.” The hope was, at the very least, we would make a show that would be like a cool cult thing on DVD, like “Twin Peaks.” We decided we were going to make a show that we thought was cool. We violated elements of television, like having a big cast and then killing off big characters right away. We had characters who were incredibly complex, and intentionally ambiguous story lines, all these things we weren’t supposed to do.

3. FM: You mentioned that there was always the possibility the show would be “12 and out.” When did you realize the show had a longer future?

CC: We were somewhere around episode eight or nine when the ratings for the pilot and the first few episodes came out, and they were massive. Then it became clear it wasn’t going to be 12 and out.

4. FM: Did anything from your time at Harvard influence your writing for the show?

CC: One of my mentors is my former teacher, Robert Coles. There’s a huge poster in my office of Sawyer on “Lost” reading a Walker Percy novel, which I read in Coles' class, "Moral and Social Inquiry." The themes of that class permeated deeply into my writer’s brain. I took physics, and lo and behold, there’s a lot of physics in “Lost.” I think for most people, liberal arts educations are more abstract, but for me, it’s been a chance to apply the things I’ve learned more directly. I also took some Folklore and Mythology classes, and I think that a lot of that influenced me. I took a great class about the literature of moral and social reflection, which covered everything from philosophy to the Bible. It’s funny how at the time of the course I had no idea that these things would have such a direct application to the things I do for my profession.

5. FM: We’ve heard members of FOP—the Freshman Outdoor Program—brag about your role in starting the organization. What do FOP and being on the island have in common?

CC: Yes, I’m one of the founding instructors of the Freshman Outdoor Program. I went to the Putney School in Vermont for high school. It’s on a farm. There were mandatory camping trips and it was really focused on the outdoor experience. As a kid from southern California, I learned a lot of wilderness skills. Not that much that happened with the Putney School or FOP is directly related to “Lost,” since they didn’t have much to do with smoke monsters. However, it somehow fed into the whole creative process.

6. FM: It gave you an appreciation of the wilderness?

CC: Totally. On my second FOP trip, during my senior year, we got into the vestiges of a hurricane and had to get off the river and take shelter in this storage equipment building in a state park. It felt a lot like “Lost.” I had all these incoming freshmen on a very wild and wet experience.

7. FM: So there’s “Lost” mythology, but there’s also Harvard mythology. Do you know about the three things you have to do before you graduate?

FM: Before you graduate, you’re supposed to run naked during Primal Scream, pee on the John Harvard statue, and have sex in the Widener stacks.

CC: I did none of those three. The run started after I graduated.

CC: (Laughs) I think all three of those have evolved after my time there.

9. FM: A lot of other things have evolved. People are now watching TV online, maybe on their laptops in their beds. Has this changed the way people write or experience television?

CC: My partner Damon Lindelof and I won an Emmy this past year for interactive media. We’ve done a lot of things in “Lost” that have been groundbreaking, like writing for other media platforms and creating “mobisodes” designed to be watched on cell phones. It’s an Internet driven experience. We’re recruiting people to become interested in the Dharma Initiative. When we write for social media platforms, we write more about the mythology, because that is what these viewers are interested in. We include things that feel too esoteric to put on the TV series.

It’s been groundbreaking for the relationship between fans and the show. All the resources available have totally helped the show’s success. If we lived in a time where people couldn’t watch “Lost” on Hulu or record it on their DVR, we wouldn’t necessarily have succeeded. We need people to be able to catch up. Now you choose when you watch TV. We wouldn’t have survived in the old days because people would have missed episodes. Out of that, there has grown an incredible, fervent community of people who debate and discuss the show. As a writer, you want people to care about what you do. It’s amazing to see how engaged people have become. There are friendships that develop among fans and people have even gotten married. It’s beyond what we ever imagined.

10. FM: “Lost” superfans run a huge number of blogs like “Lostpedia” that discuss theories and the mythology of the show. Do you ever read them?

CC: There are a couple guys in my office who summarize and update me on what’s going on. The reason for that is, as an artist, you can be susceptible to the slings and arrows of critics. In our view, people on blogs represent a particular subset of the show. They’re focused on the mythology of the show, whereas when we do the show we’re about 90 percent focused on character and 10 percent on mythology. It’s easy to get a skewed perception of the show based on these people. Plus, the writing is so far ahead of what’s being shown on TV at the time. For example, right now you’ve seen only a few episodes of the show this season, but we are writing the finale. There’s no opportunity to course-correct.

CC: I am reading “Wolf Totem” by Jiang Rong, but right now I’m so busy writing, I have all these books stacked up that I have not yet read. I have this book, Stephen King's "Under the Dome" sitting here. It’s definitely the carrot at the end of the stick to finish the show. I’m saving some books until I write the end of the finale. I’m excited about that.

FM: I love that you read as a reward for finishing your work. At Harvard you constantly hear people complaining about how much reading they have to do. That’s our only job. That puts things in perspective.

13. FM: If you weren’t involved in running a hit television show, what would be your dream job?

CC: That is pretty easy. My dream job would be to be the president of the Red Sox. It’s actually great because in this year, where “Lost” is under immense scrutiny as we’re going into the final episodes, I understand the pressure of that job, and I’m ready.

14. FM: I don’t know how often your kids call you, but I bet they will be reading this interview. Is there a message we can relay in print?

CC: Both my wife and I went to Harvard, and it’s incredibly exciting that our son and daughter are going there and have the chance to experience it. There are many awesome opportunities at Harvard. That’s one of its greatest frustrations—not having enough time to take the classes you want to take. Now my kids are there and they can study all the things I wish I had had time to study.

15. FM: Last, but perhaps most importantly, if there were a Dharma Initiative station on Harvard’s campus, where would it be?

CC: I think a cool place would be somewhere down in the bowels of Widener. I remember finding secret tunnels running from Widener to Pusey Library one morning. There’s something cinematic about being down in the basement of Widener. It’s classic, like an Indiana Jones adventure movie.