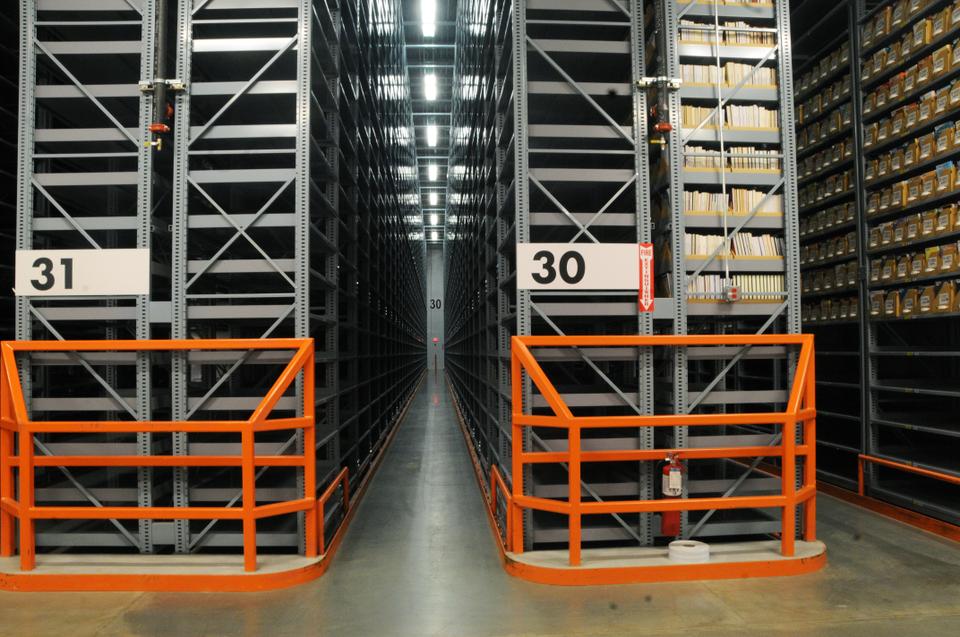 In the mind of a romantic, the consummate library houses endless rows of stacks that have acquired the thick, musty odor of quaint history. The towering shelves are lined with all the books in the world, creating a kaleidoscope of color and subject matters.

But such an idealized vision does not reflect the complex reality of Harvard University Library, a sprawling system whose growth has been challenged by financial and space constraints. In the words of University Provost Steven E. Hyman, Harvard’s library system is “labyrinthine”: there are 73 libraries, which manage over 16 million volumes with the help of a staff of approximately 1,200 and a combined operating budget of nearly $160 million.

And yet, with the University constantly aiming to expand its holdings, the Cambridge campus has found itself running low on open shelf space.

In anticipation of this problem, the University finished in 1986 construction of the Harvard Depository, a mysterious storage facility in a publicly undisclosed location 30 miles from campus where large tracts of land are less expensive than in Cambridge. While the facility was originally intended to store Harvard’s least-used volumes, it is now home to 45 percent of Harvard’s collections. David Lamberth, chair of the Library Implementation Work Group, calls it a “precise warehouse” for which the term “library” would prove inaccurate.

Now, with Harvard considering sweeping restructuring of its library system and reexamining its capacity for expansion, the University may be forced to rely even more heavily on less tangible means of  materials collection—including at off-campus sites such as the Depository. With shelf space running dry in Cambridge, the Depository is a critical component of Harvard’s vision of the modern library, whose holdings are first found online rather than on the shelves themselves.

While the facility may not offer patrons the physical immediacy of resources that defines a navigable library like Widener, it does provide the University with cheap and efficient storage for its overwhelming collections.

“The digital revolution has fundamentally changed the way human beings collect and disseminate information,” Hyman said in a task force statement. “As we build upon Harvard’s outstanding collection, we must envision what the library of the 21st century should be.”

In November, a task force charged with examining Harvard’s libraries released its final report critiquing the overly ambitious scope of the system’s collection strategy. The libraries, the report stated, could “no longer harbor delusions of being a completely comprehensive collection.”

A focal concern is that the libraries can no longer maintain physical ownership of their expanding collections. Given the on-campus space constraints and the skyrocketing costs of many journals, the task force report recommends that the libraries de-emphasize accumulating physical collections in favor of simply offering patrons digital access to resources.

Such a move could be implemented through online services, collaboration with neighboring institutions, and—in a compromise between ownership and accessibility—expansion of the Depository itself.

Like an industrial facility, all aspects of the Depository are geared toward maximizing the efficiency of its operations.

The Depository has concrete floors, orange warning stripes to guide the forklifts, and 30-foot high shelves. Books are stored in shelves of complementary size to ensure the most efficient use of space. Even the floors are expertly designed to be completely level so that the forklifts do not lean against the shelving.

Visitors are not welcome—on average, only 15 come per year, and they are there to observe the facility rather than to take out any books, according to Assistant Director of the Depository Thomas E. Schneiter. Even professors who request to visit the Depository for research purposes are denied access.

There are no librarians on the premises—only staff workers trained in the art of promoting efficiency and preservation. Outside the secured, airtight doors of the storage room, Depository staffer Steve Bertino monitors the facility through a completely computerized system.

“It really is an industrial operation,” Schneiter said. “Our product just happens to be books.”

When a student requests a book from the Depository on the Hollis Web site, the text’s barcode is placed on a list that is passed on to one of the 23 Depository staffers.

The staffer steers a forklift toward the proper aisle in the module—a set of four to six aisles—and rises up to the appropriate shelf to pull out the specified book from a cardboard tray that resembles an open shoebox. Books are stored in 50-degree temperature and 35 percent humidity—climate specifications that prolong the life of books, according to leading preservationists.

Schneiter said that storing a book in the Depository is akin to placing it in a time machine: the book will endure 250 years with no deterioration.

“As far as books are concerned, it’s still 1995,” Schneiter said as he stood inside a particular module.

After books are collected and placed on a tray, they are brought to the main room to be scanned, grouped with other books heading for the campus, and loaded into one of the three delivery vans.

If a student requests a book from the Depository before 6:45 a.m., the book will be waiting for the student to claim that same afternoon—and the individual may have done as little as making a few clicks.

The Depository has represented a bittersweet solution for the constraints facing the Harvard library system.

The facility, which serves as a model for over 80 similar projects around the world, ensures an efficient, fail-proof way to store and distribute books. Only two Depository books have been misplaced in the history of the facility, according to Schneiter.

The Depository was designed as a low-use facility that would house the University’s esoteric and unused holdings—dubbed “dormant.”

But by the 1990s, Widener Library reached its capacity limit, forcing the University library system to send out resources of higher circulation than usual to the Depository. The facility now welcomes 500,000 new books every year, and as many as 1,600 are circulated out a day.

Indeed, the Depository has bloomed into a structure that outsizes its original model, and now the University is working to reconcile the facility’s purpose with Harvard’s recent structural revamping of the library system.

The Depository’s financing was not created with the expectation of the high circulation that it now faces. Member libraries pay for storage in an inefficient client-based business model, in which a book’s owner—a particular school within the University—pays for all of the costs associated with the item, even if the beneficiary is affiliated with another unit.

For example, if a College student who requests a book deposited by Harvard Medical School, HMS pays the $2.15 fee associated with the book’s circulation.

“The current model combines disincentives to storing materials at [Harvard Depository] with procedures that punish the most generous providers of materials,” the task force report states.

The report, which makes a critical assessment of the Depository, presents a series of reforms for the once state-of-the-art facility to better align it with the University’s current library system.

The proposals include the construction of a new, more accessible facility that could sustain 50 years of collection expansion. The new building would allow the current structure to serve its intended purpose of a minimally-circulating, “dormant” storage facility.

The task force also recommends an administrative change in which the school affiliated with the requester pays for the delivery rather than the book owner.

THE CROWN JEWEL OF HARVARD

In the final scene of Raiders of the Lost Ark, the holy tabernacle is laid to rest in a government warehouse, boxed up and stacked in a sea of unidentifiable cardboard boxes. As Peter Kosewski, communications director for the University libraries, likes to say, the Depository is not so different.

Like the lost relic, the books in the Depository are out of sight and distanced from their readers—but perhaps this is the future of libraries in a time of expanding resources, limited space, and changing methods of delivering information.

Harvard’s library collection has grown increasingly reliant on the Depository, an often overlooked component of a world-renowned library system that has been vaunted as the symbol of Harvard’s prestige and intellectual prowess.

“It isn’t simply one of the jewels in the crown of Harvard,” said Jeffrey F. Hamburger, professor of German art and architecture and the chair of a FAS advisory committee that represents the faculty’s library concerns, of Harvard’s evolving library system. “You could say that it is the crown.”