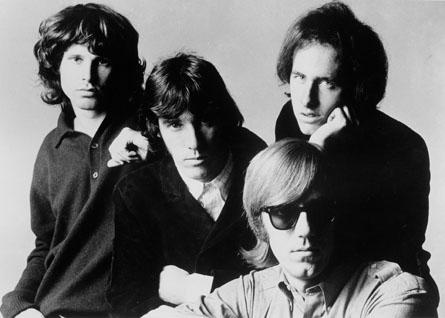 Tom Dicillio’s new documentary “When You’re Strange” focuses on the strange and captivating life of Jim Morrison, lead singer of The Doors.
By Lauren B. Paul, Contributing Writer

When asked about his music, The Doors’ iconic lead singer Jim Morrison drawls, “There is a heavy, gloomy feeling of someone not quite at home...  aware of a lot of things but not sure of anything.” That feeling pervades this portrait of The Doors, lovingly assembled by director and writer Tom Dicillo, who recounts the history of the tumultuous band while trying to disentangle fact from myth.

Using original footage shot between 1966 and 1971, “When You’re Strange” is a refreshing documentary in that it refrains from feeling like a nostalgic home video. It somehow manages to preserve an air of mystery while stating fact. Though a seemingly random choice of narrator, Johnny Depp actually gives depth to the movie by delivering the stories and details in a reverent tone.

The movie opens with footage of a grizzled Morrison on a deserted highway, presumably on a road trip, with radio coverage of his death serving as the score. The juxtaposition is confusing and haunting, and an appropriate introduction to the story of such a complex man and his band.

The movie quickly backtracks to images of the turbulent 1960s, introducing the viewer to the troubled times in which The Doors emerged. The band starts as most do: one talented person meets another, who has other talented friends, and they come together pretty casually. But the person who stands out almost immediately is Morrison, and it is his life that the film essentially follows, up until his sudden death in 1971.

Dicillo offers an intimate look at Morrison, allowing the viewer to see him as person, not just another rock star falling off the deep end. The film even includes footage of Morrison in his hometown with his family, when he started reading Friedrich Nietzsche and William Blake at the age of 16. In fact, the name of the band originates from a line in Blake’s “The Marriage of Heaven and Hell.”

The film premiered at the 2009 Sundance Film Festival in Utah, and was received with appreciation as a tribute not just to music, but to the generation that followed it. And though Val Kilmer put a valiant, uncanny effort into portraying Morrison in Oliver Stone’s 1991 homage “The Doors,” it is really more exciting to watch the real thing. There is also no doe-eyed Meg Ryan to distract from the excitement of The Doors’ ride to fame. Dicillo’s documentary also lacks the exaggerated flamboyance that pervades Stone’s adaptation. Instead of making it seem that Morrison was born in the spotlight, DiCillo offers a very candid perspective, effectively highlighting Morrison’s metamorphosis from a shy, unsure singer to the wild performer who became conditioned to relish attention.

Morrison’s self-described “music for the different and the uninvited” serves as a perfect score to the story of his life. DiCillo does a great job of including both hits and lesser-known songs when appropriate. It is especially poignant to hear Morrison croon “The End” as images of other fallen legends, including Janis Joplin and Jimi Hendrix, drift across the screen.

The documentary only disappoints when it restates information that is already commonly known. The film is targeted at Doors fans, and many of them already know of Morrison’s struggles and escapades. Some of these include being dragged offstage by police in New Haven, as well as his alleged indecent exposure onstage in Miami. Since all the band’s original members but Morrison are still alive, it would have been nice to get their perspective on their late band mate and his eccentric behavior.

“When You’re Strange” is a very intimate look at the talent and peculiarity of Morrison and the influential music his band created. Those unfamiliar with The Doors might find this a path to enlightenment, if not revelation.